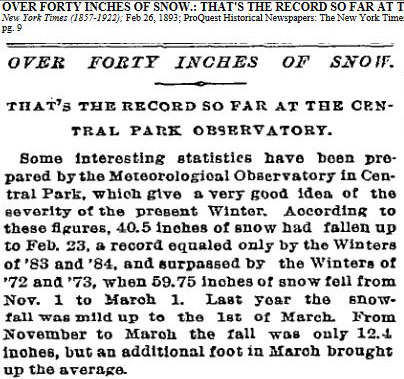 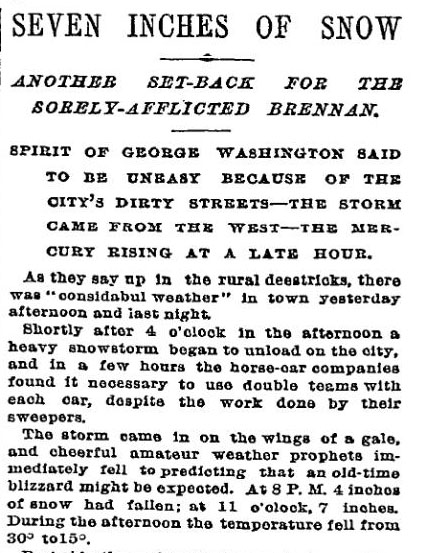 February of 1893 brought terrible weather throughout the United States with the “heaviest snowfalls in years” recorded for New York City.

Alfred Stieglitz (1864-1946) took a day off from work at the Photochrome Engraving Company (formed after the demise of the [New York] Heliochrome Company), and famously spent several hours shooting photographs on Fifth Avenue with a hand-held camera. In particular, he captured a horse drawn coach coming towards him and then, driving away.

Back in the Photochrome studio on Leonard Street, he printed some as magic lantern slides and on April 7, 1893, presented them at the Exhibition of Lantern Slides for the Society of Amateur Photographers of New York.

“The first slides shown were by Alfred Stieglitz, comprising scenes on the Battery, the squalid localities of New York, as well as some interesting souvenirs of life on Fifth Avenue between Murray Hill and the Central Park, and several shots taken during the sloppy weather of March. They exhibited the same knowledge of what to do and how to do it that we have become accustomed to expect from the hand of this accomplished photographer.”– “Society News,” The American Amateur Photographer: A Monthly Review of Amateur Photography (New York), 5, no. 5 (May 1893). 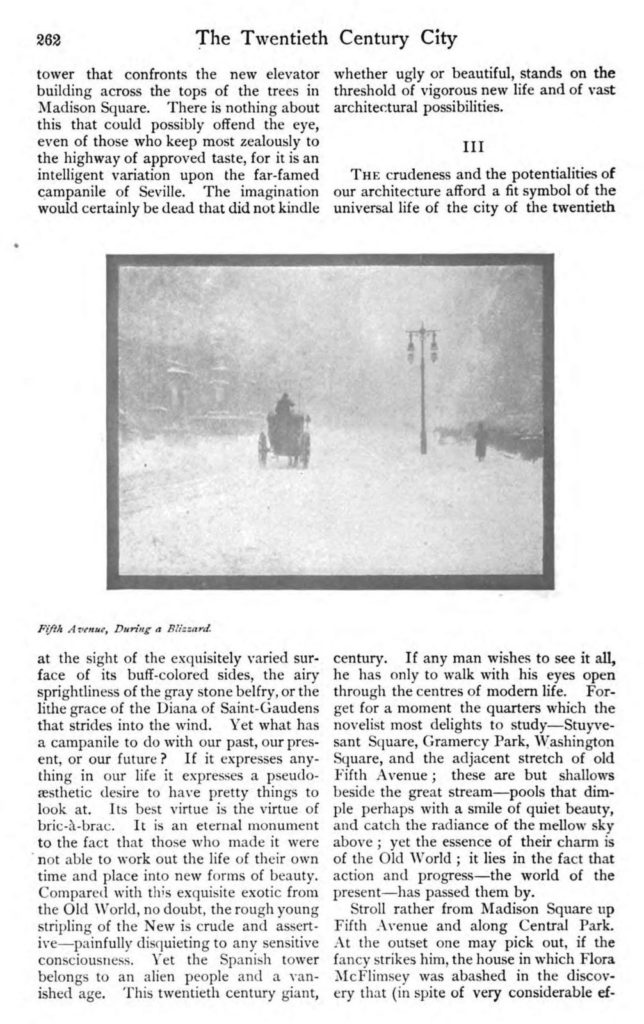 Over the next few years, various negatives from the blizzard were printed as photogravures, carbon prints, gelatin silver prints, and as halftone ink prints making the chronology of these iconic images and their reproductions complex. It is unfortunate that today most paper copies of the publications where they appeared are only available in digital form, leaving the identification of the ink print process impossible. 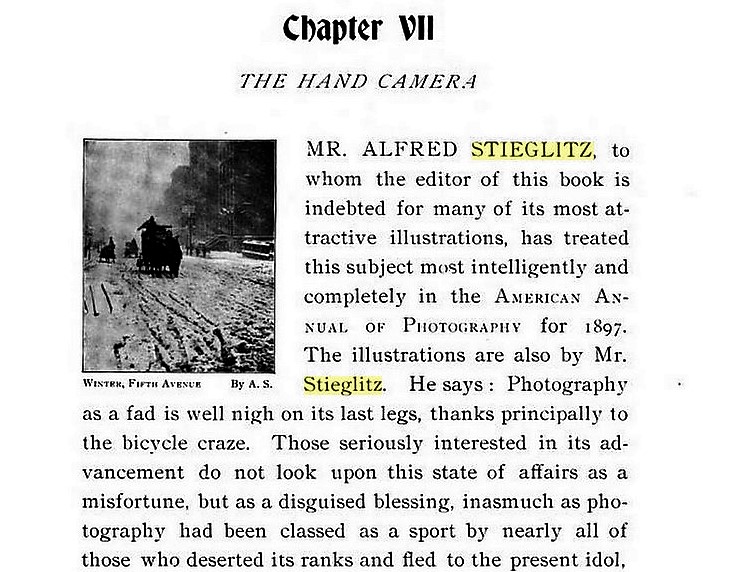 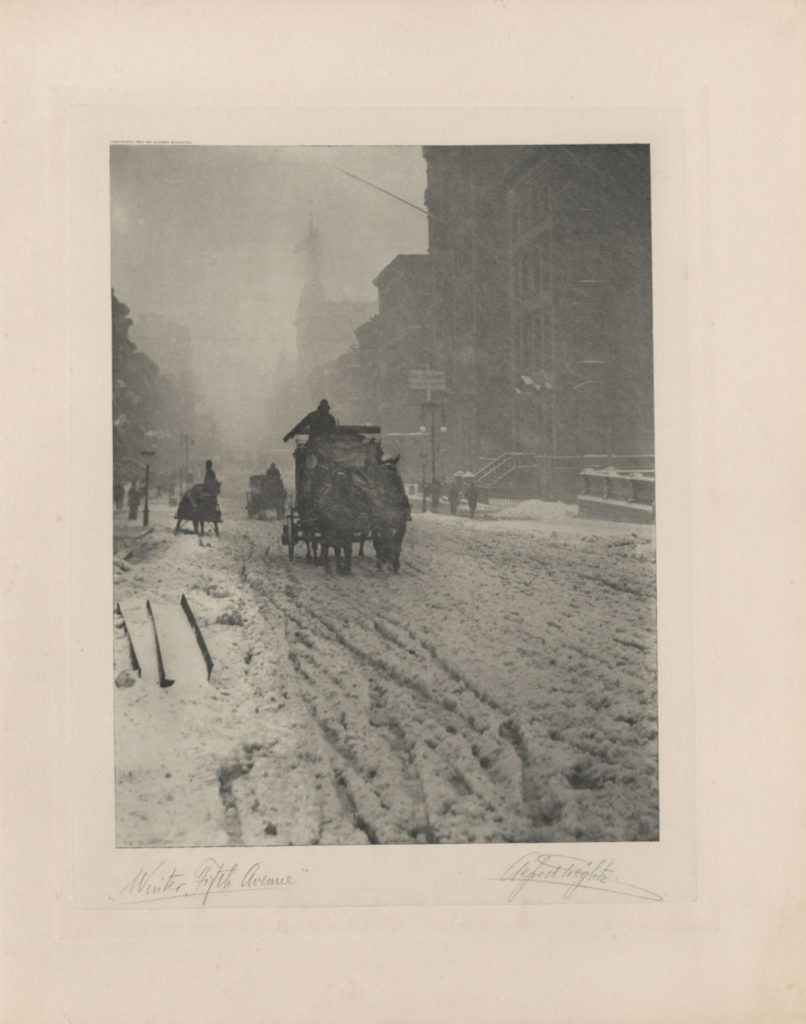 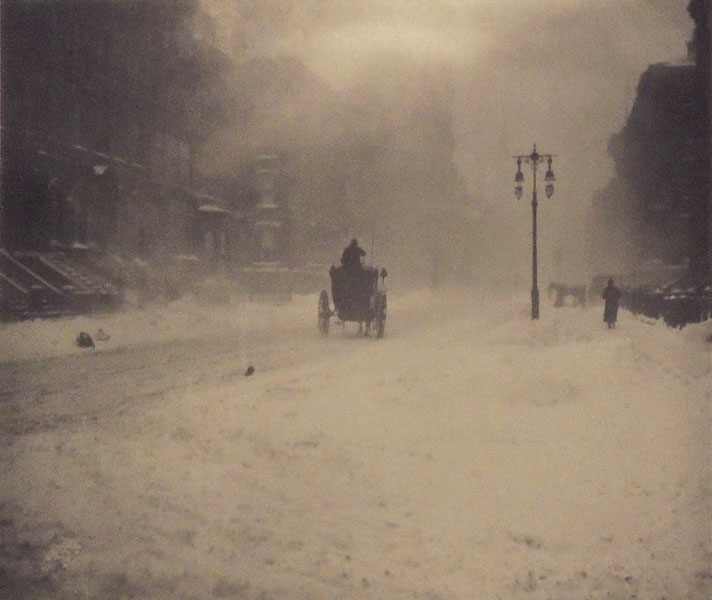 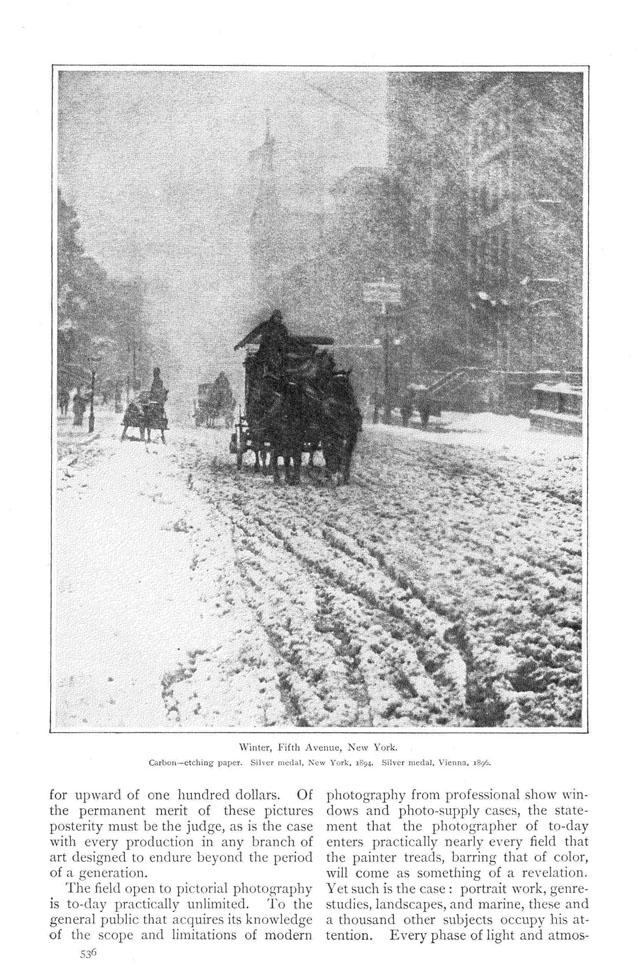 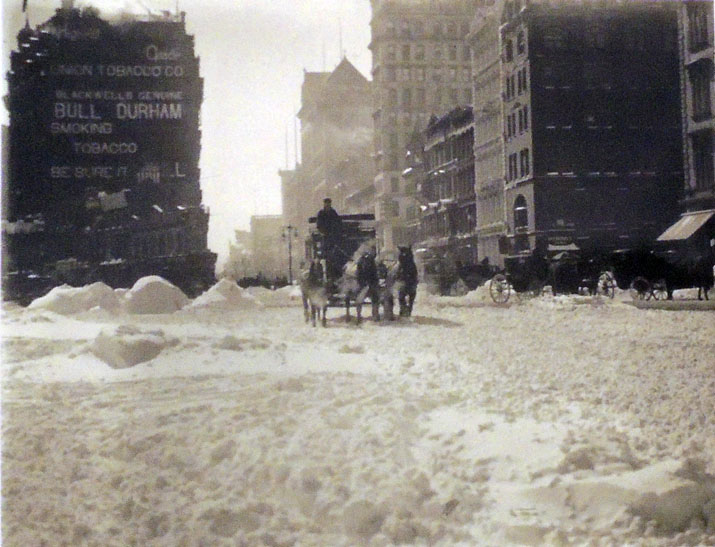 Note: In-between blowing snow the signs can be read. 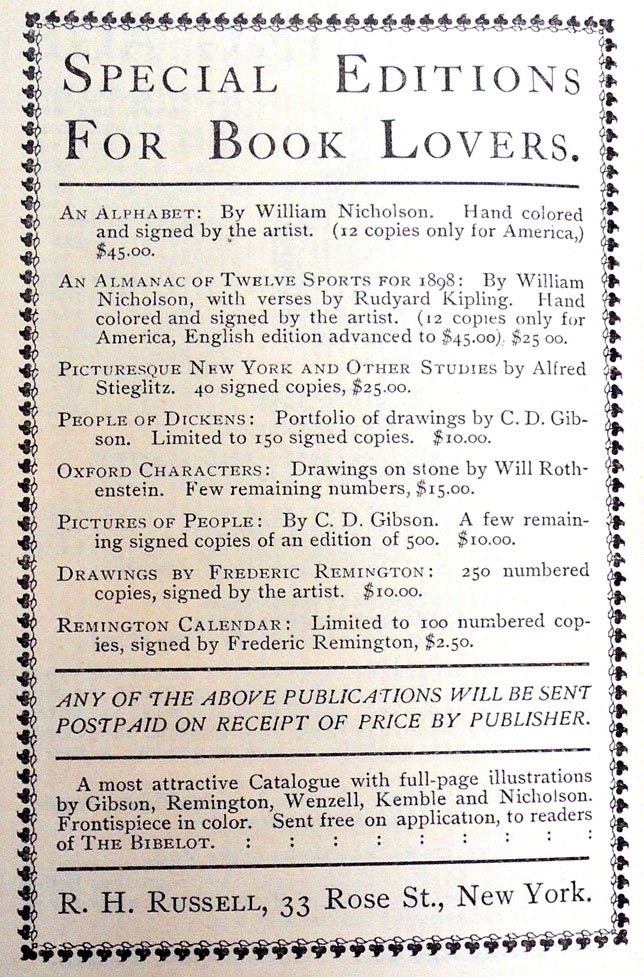