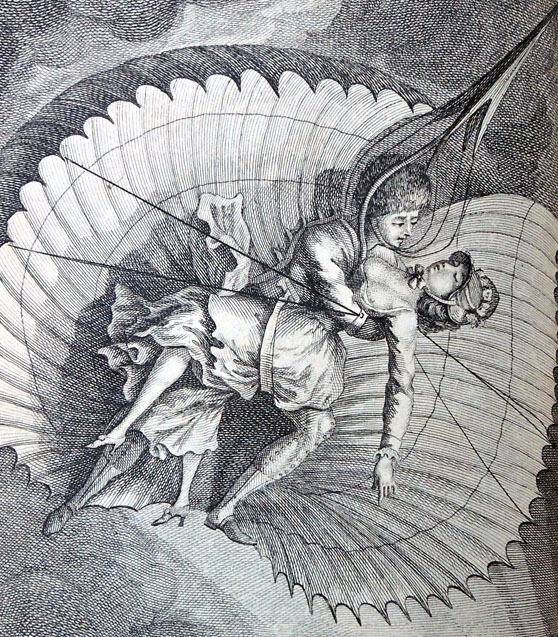 “Numerous authors speculated about the possibility of human flight in the period before the Montgolfier brothers demonstrated their invention [1783]. These include flight as a peripheral notion in a larger work as well as books in which flight provided a convenient device for travelling to distant lands (or even the starts, moons, and planets). Cyrano de Bergerac, for example, attached bottles of dew to himself; when heated, he claimed, the dew would vaporize and rise up… Such fanciful descriptions abounded in the eighteenth century including Voltaire’s Micromégas and less well-known books such as Joseph Galien’s L’Art de naviguer dans les airs or Donimgo Gonsales’s The Man in the Moone. …Jean-Jacques Rousseau, in Le Nouveau Dédale, suggested the use of compressed air, judiciously released, would, along with a rudder, allow someone to fly through the air. Restif de la Bretonne goes back to the idea of human wings in his book, La Découverte australe. –Michael Lynn, The Sublime Invention: Ballooning in Europe, 1783–1820 (2015). 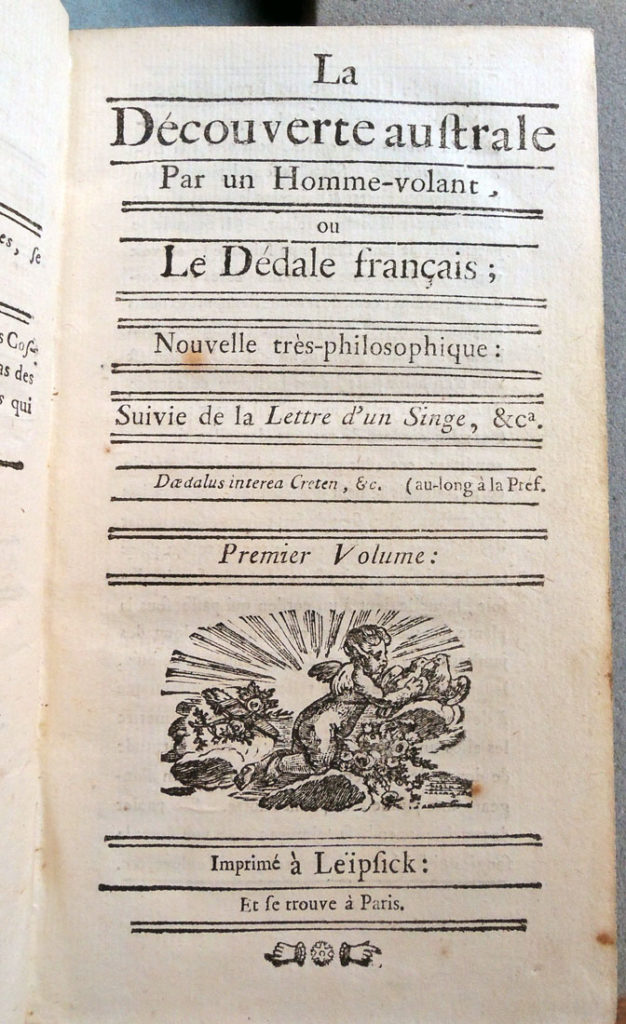 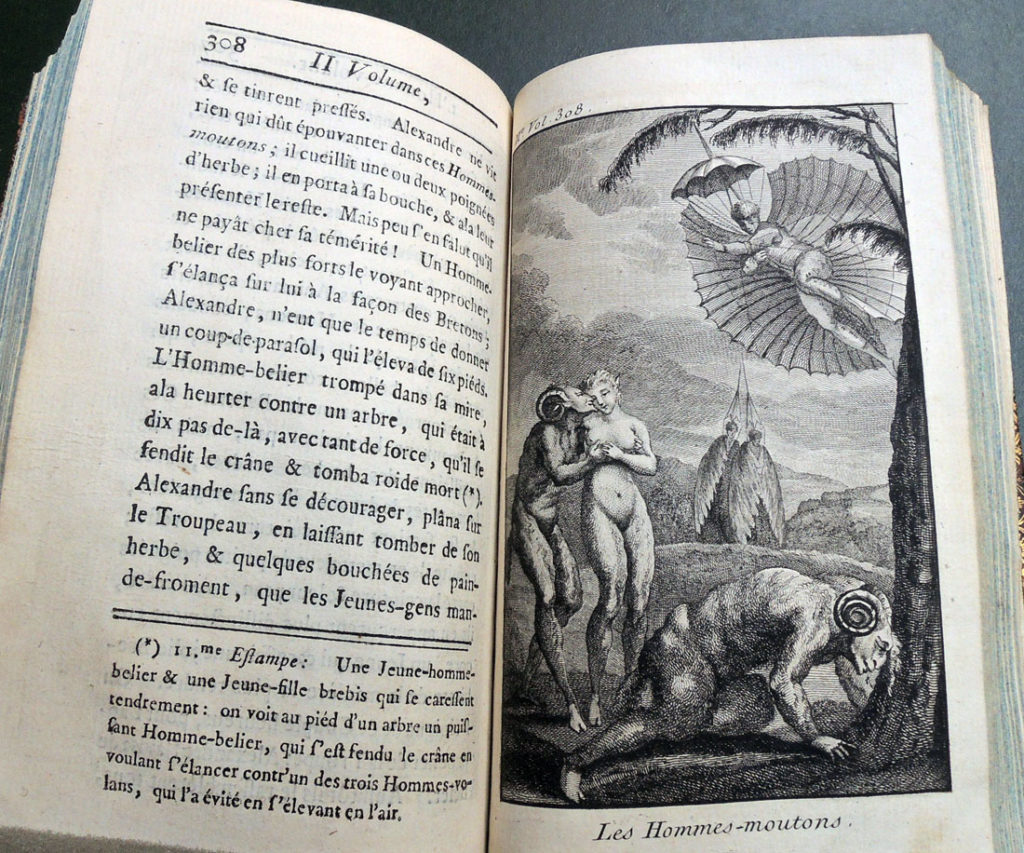 For many, it is the engravings by Louis Binet (1744-ca.1800), the official illustrator of Rétif, that make this tale of fantasy and fiction so appealing. Princeton has finally acquired a first edition with Binet’s wonderful plates, depictions the hero Victorin as he sweeps his beloved, Christine, up into his arms and flies her away to a place where their romance is not forbidden.

Together, they found the utopian society of Megapatagonia, where language is backwards French (the capital is Sirap) and clothes are topsy-truvy (note the shoe-hats posted further down). There are frogmen, sheepmen, hairymen, elephantmen, dogmen, snakemen, and even a few odd women. Their motto: everyone is equal. The inter-marriage between their children and various animals is reminiscent of Guillermo del Toro’s recent film The Shape of Water (2017).

Here are a few more plates designed by Binet in his Paris studio at rue Aubry le Boucher 34. 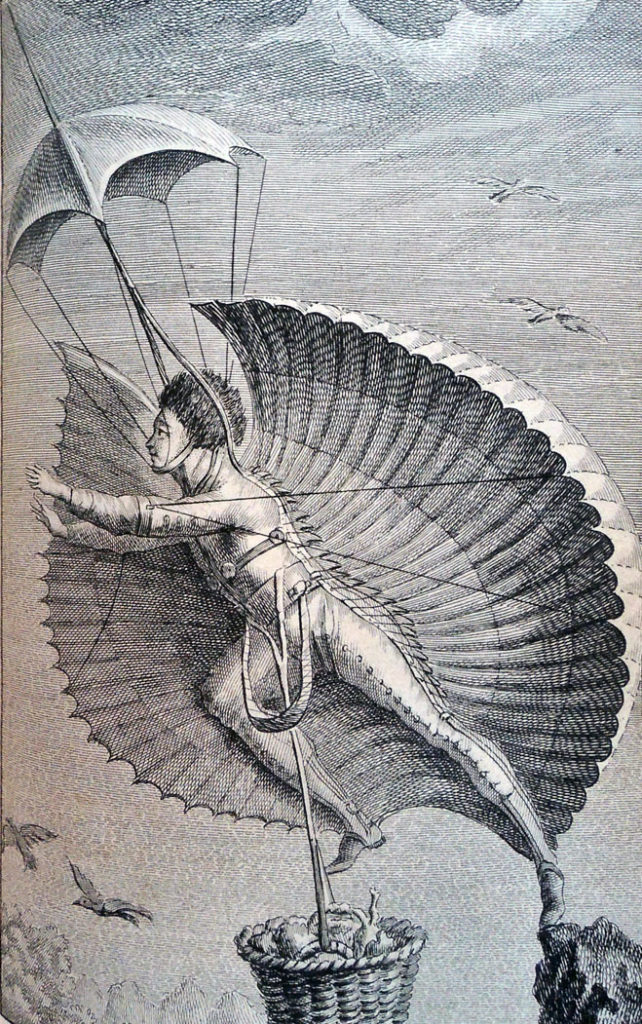 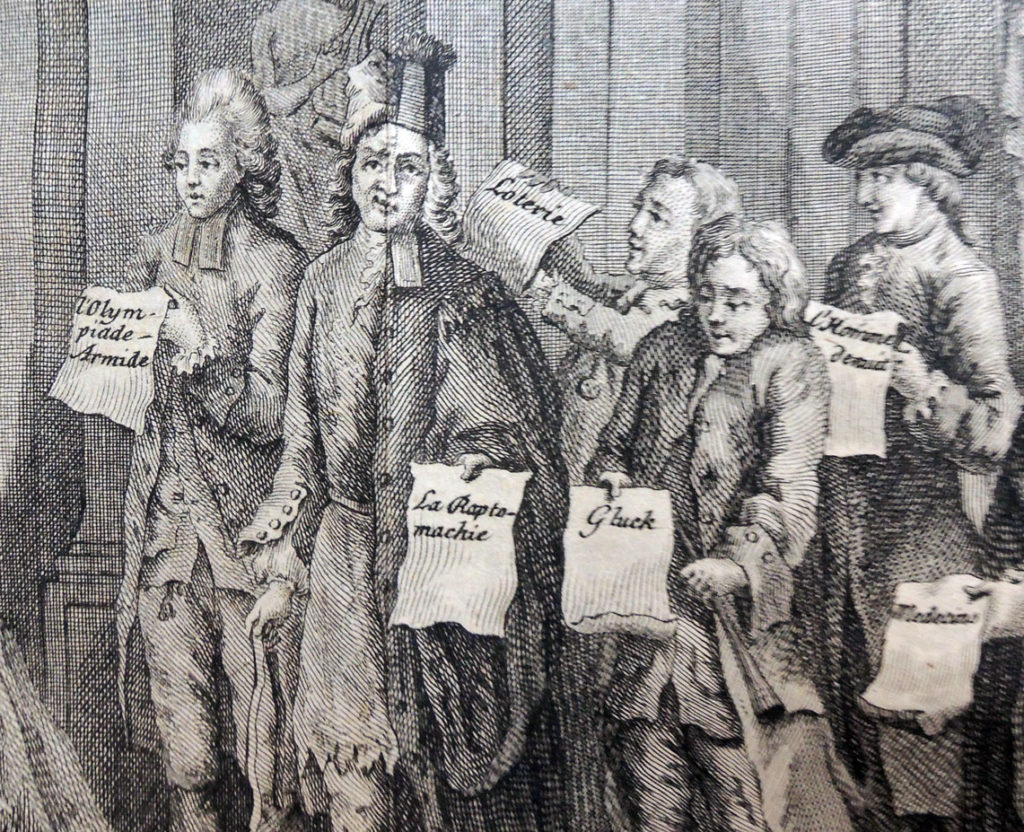 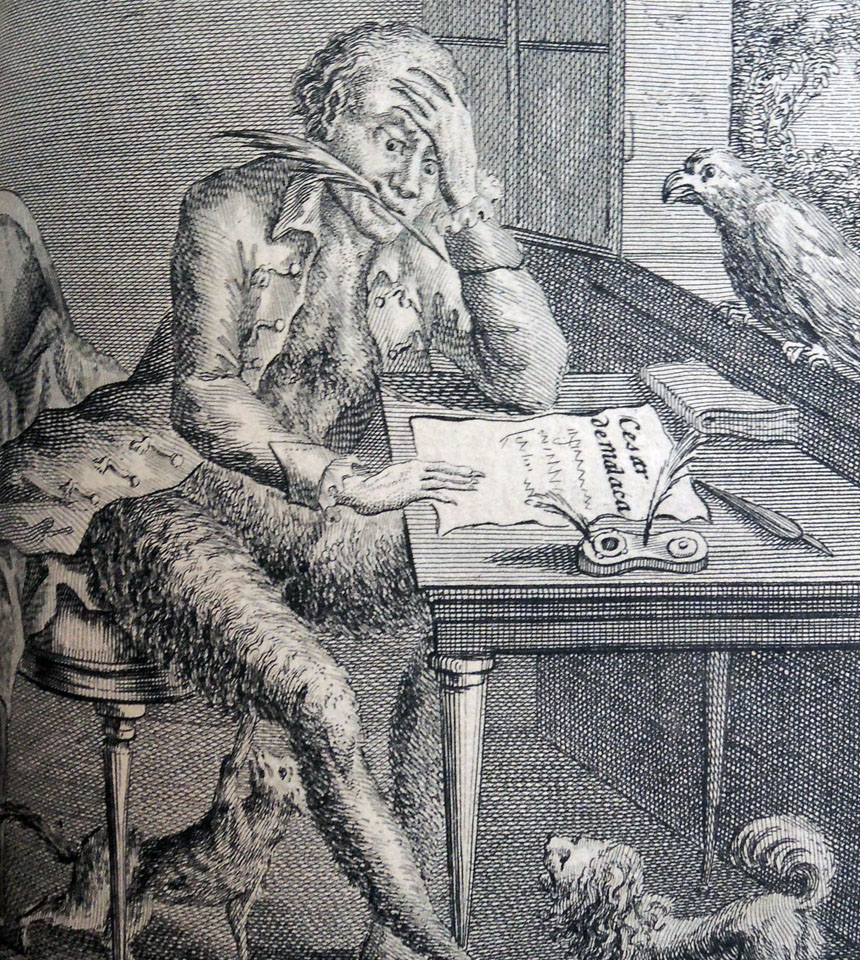 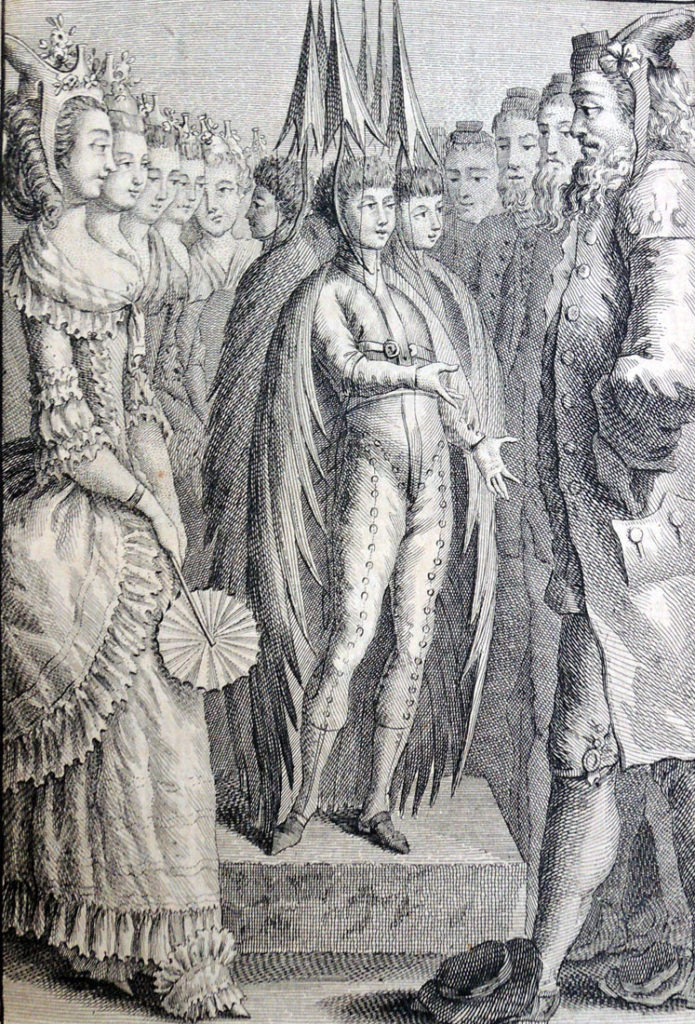 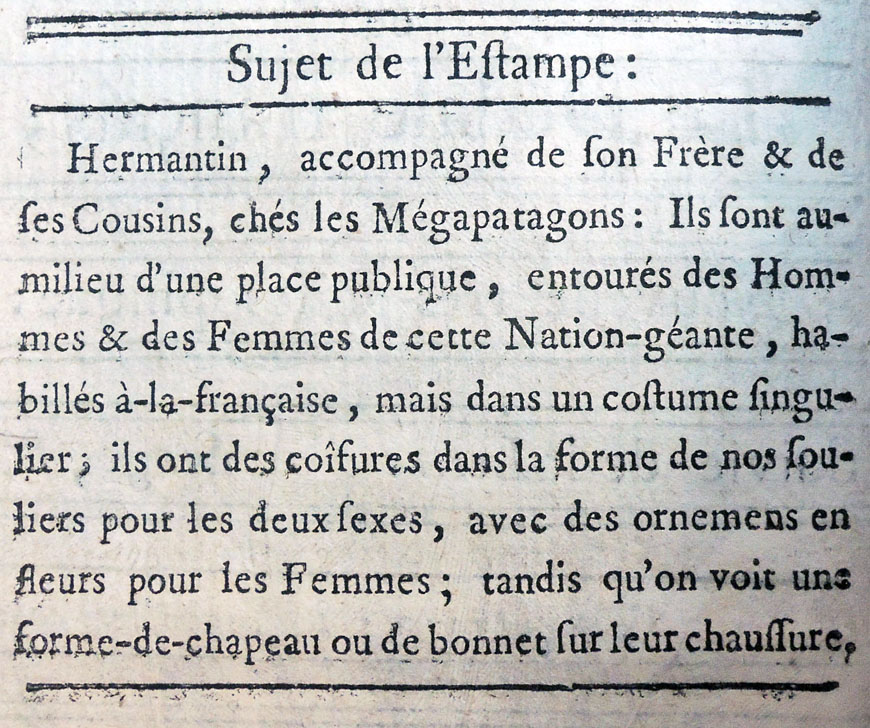 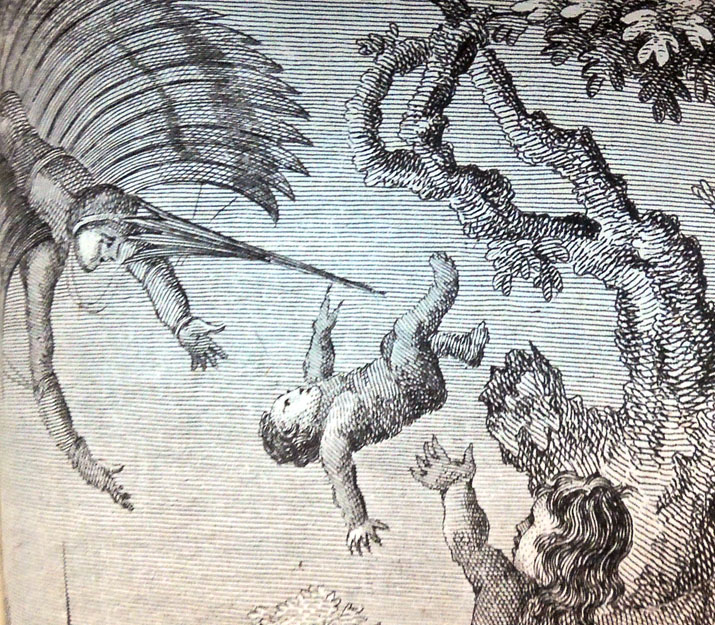 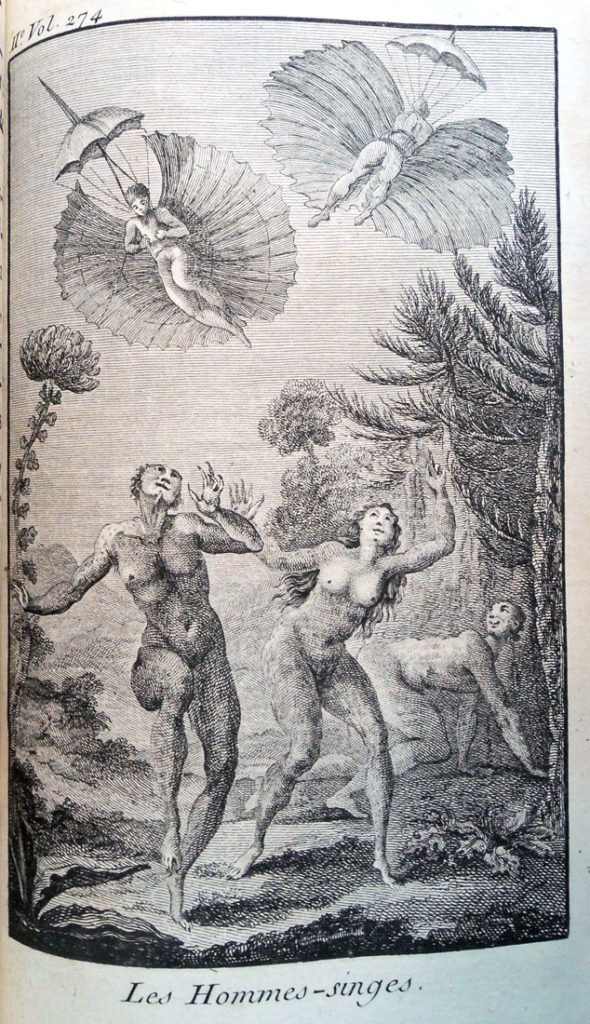 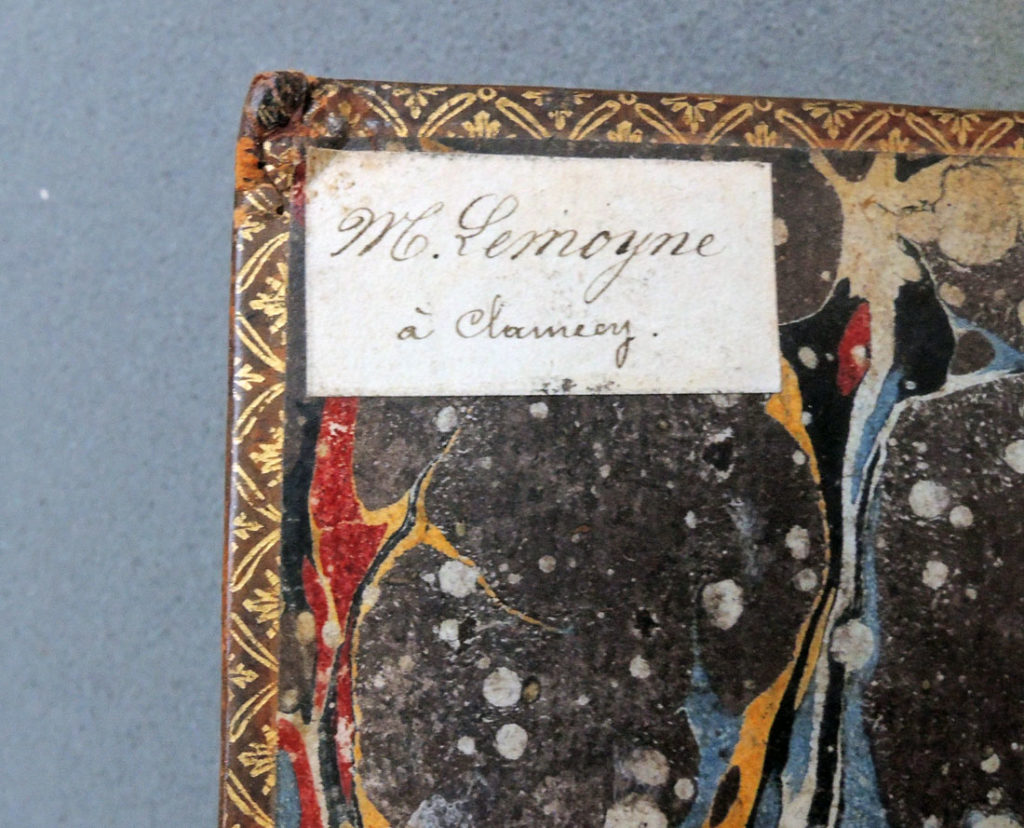