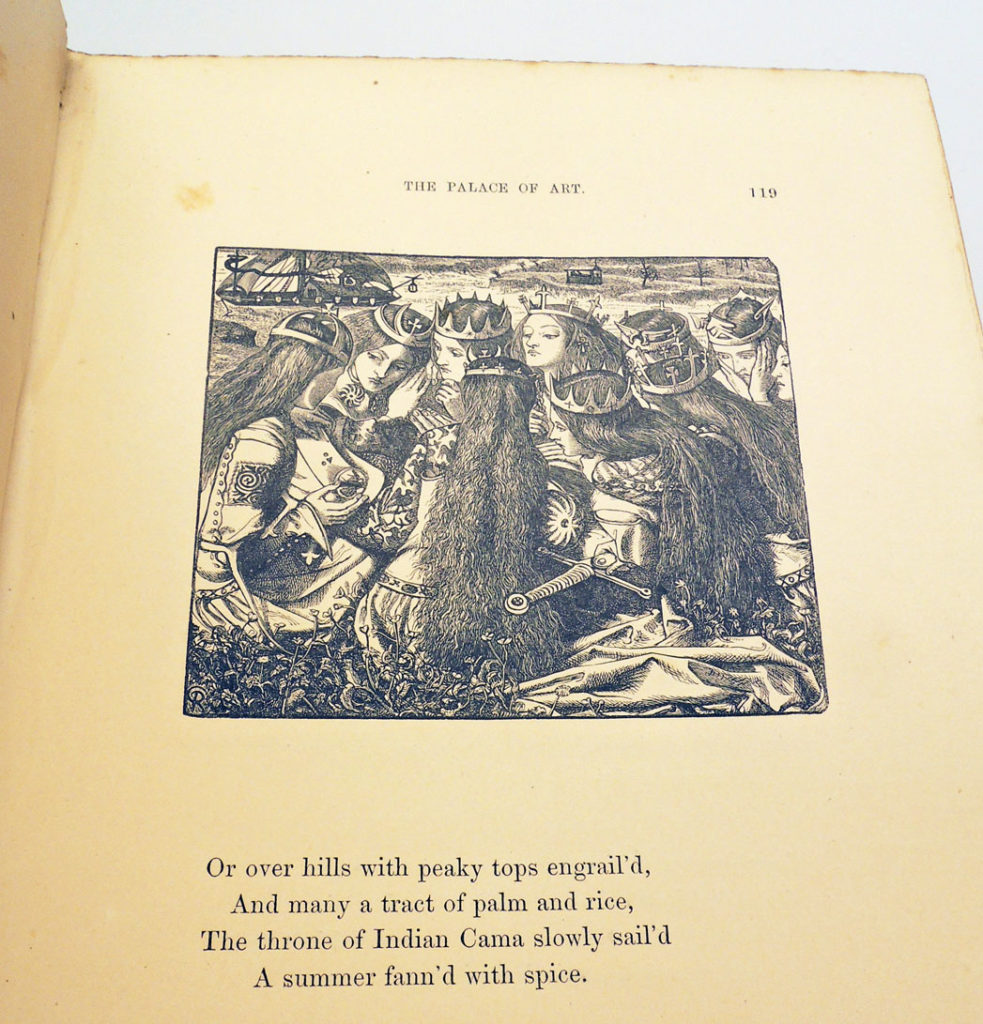 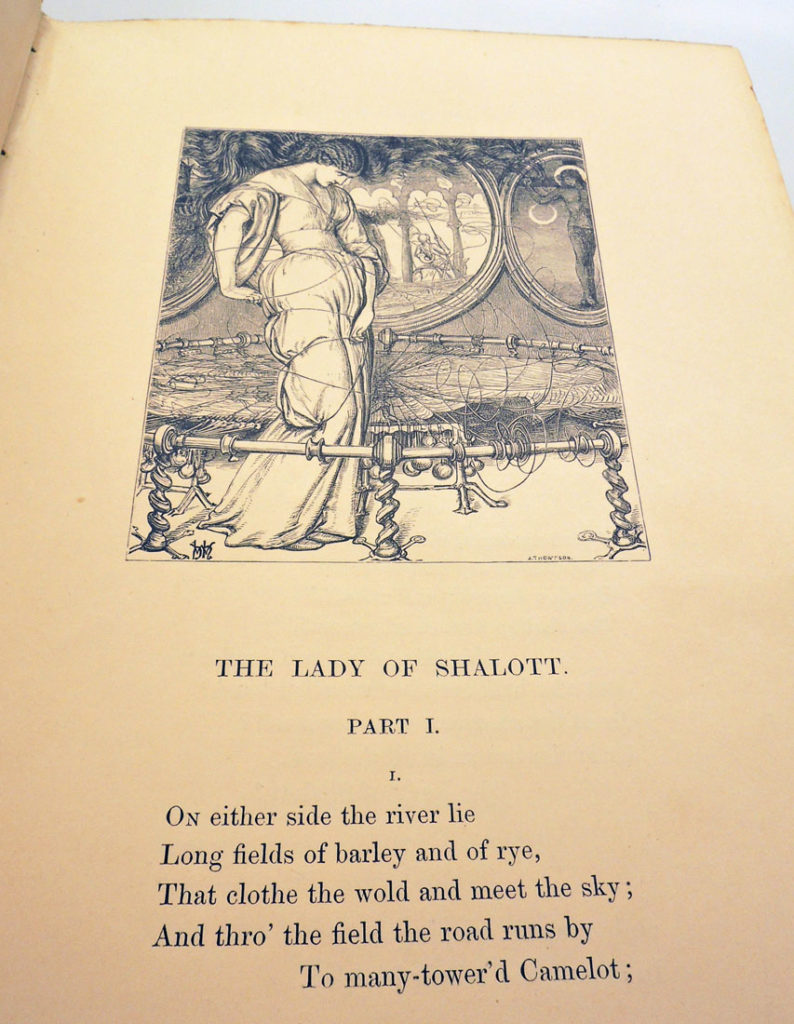 In 1857, Edward Moxon published a selection of poems by Alfred Tennyson (1809-1892) with wood engravings cut after drawings by William Holman Hunt, Dante Gabriel Rossetti, and John Everett Millais. Although not chosen by Tennyson, these images became inseparably linked to his words.

Several drawings by Hunt and Rossetti were photographed by “a neighbor,” and while the drawings were destroying–presumably in the cutting of the woodblocks–these photographs survived. Photogravures were editioned from the photographs and published in 1901 side-by-side with the wood engravings, even though the publisher warned that the images were imperfect. It is one of the few times the photogravures look worse than other reproductions.

“The publishers wish to state that the only Photographs of the Original Drawings obtainable were those taken by an amateur—a neighbor of the Artist—and are presented with all their consequent defects. It is thought however, that, imperfect as they are, they will still have a value to the Artist and the Connoisseur, to whom principally the book is intended to appeal.” 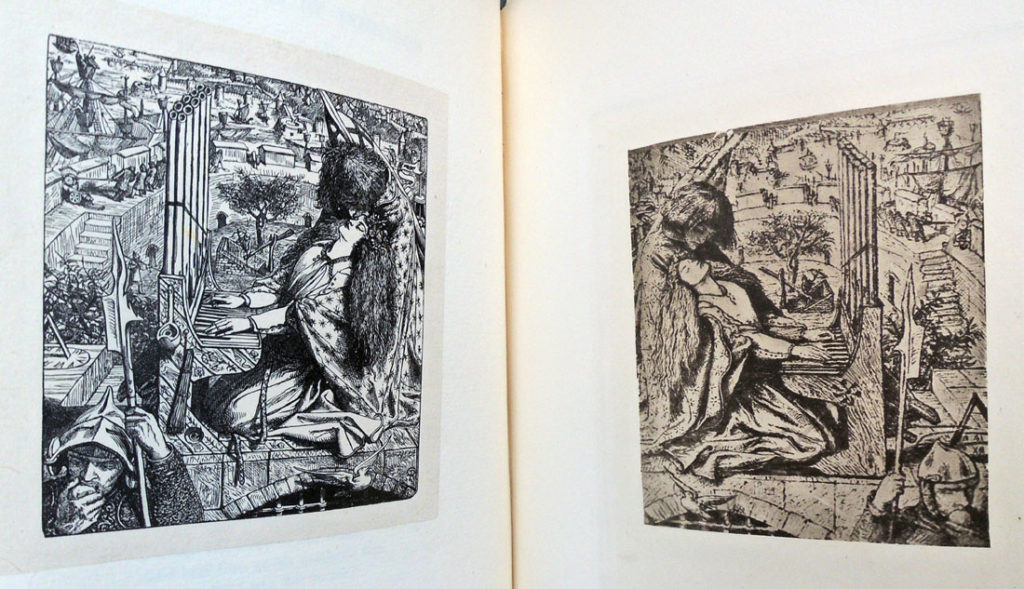 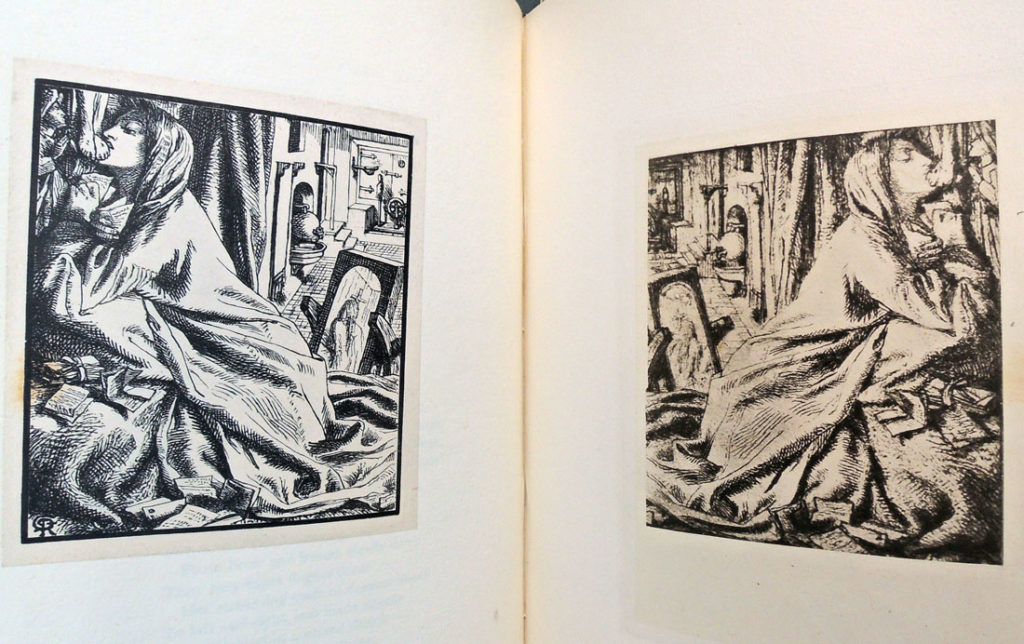 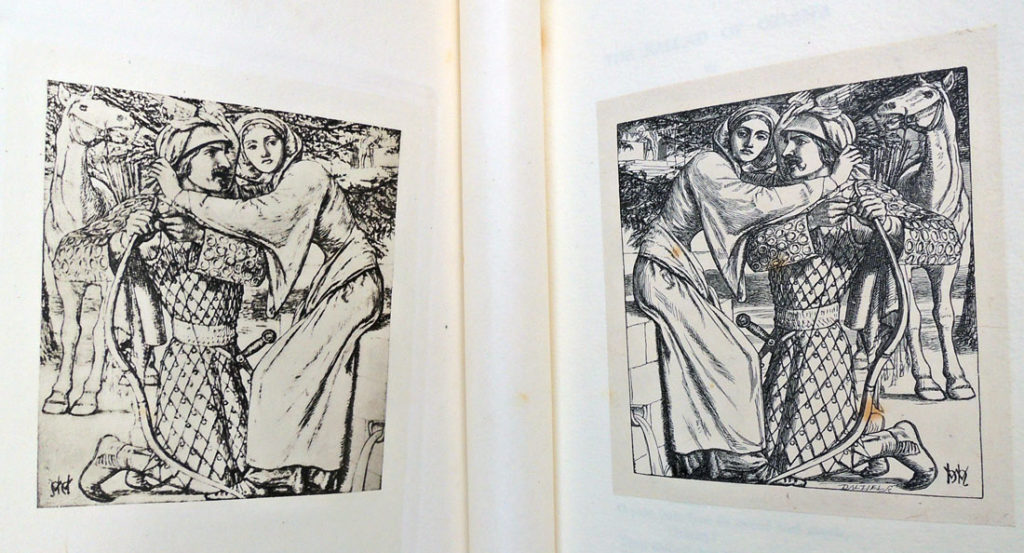 Dissatisfied with previous attempts to re-present prints by Rossetti, Holbein, Beardsley, and others, Frederick Evans (1853-1943) made platinotype enlargements from the best prints available and privately published a series of facsimile volumes. Princeton University Library has a few: 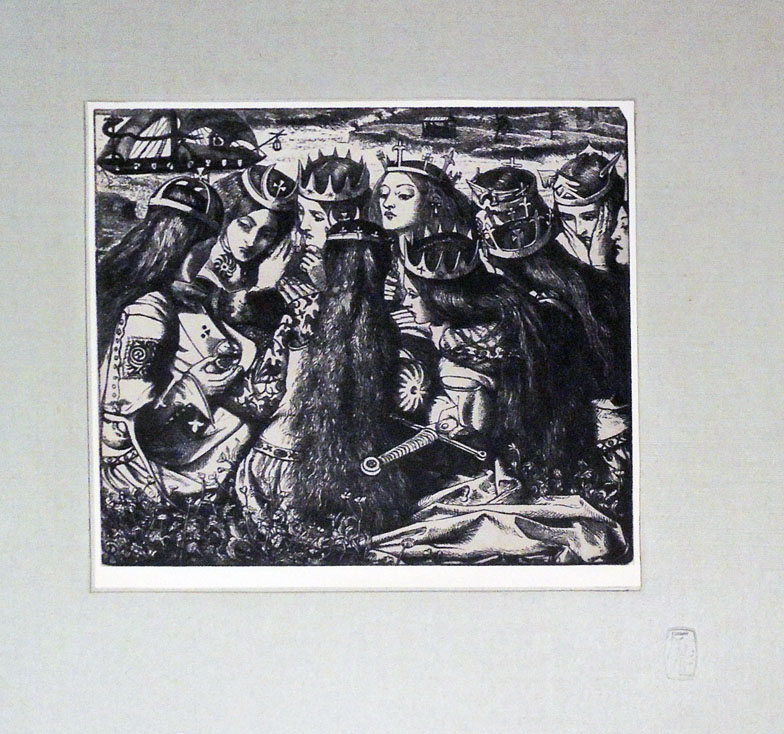 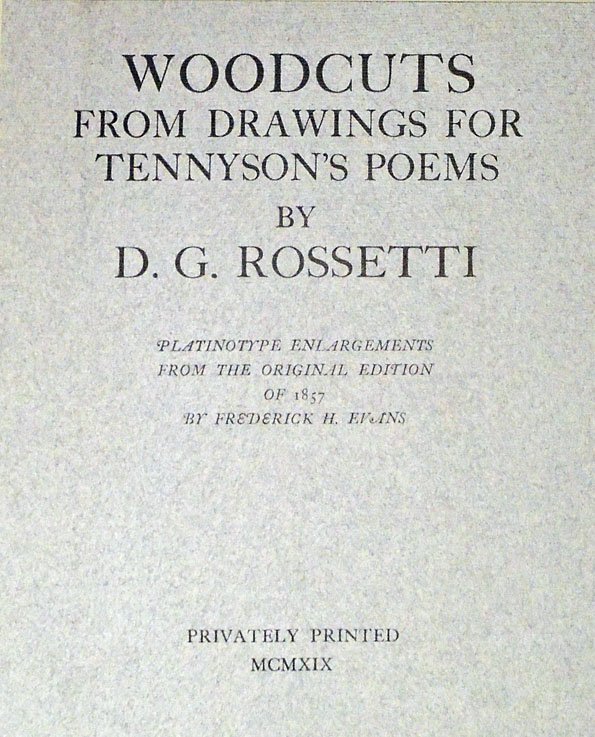 Alfred Tennyson, Baron Tennyson (1809-1892), Some poems by Alfred Lord Tennyson; with illustrations by W. Holman Hunt, J.E. Millais and Dante Gabriel Rossetti printed from the original wood blocks cut for the 1866 ed. with photogravures from some of the original drawings now first reproduced; with a preface by Joseph Pennell … & an introduction by W. Holman Hunt (London: Freemantle, 1901). Rare Books 3955.383 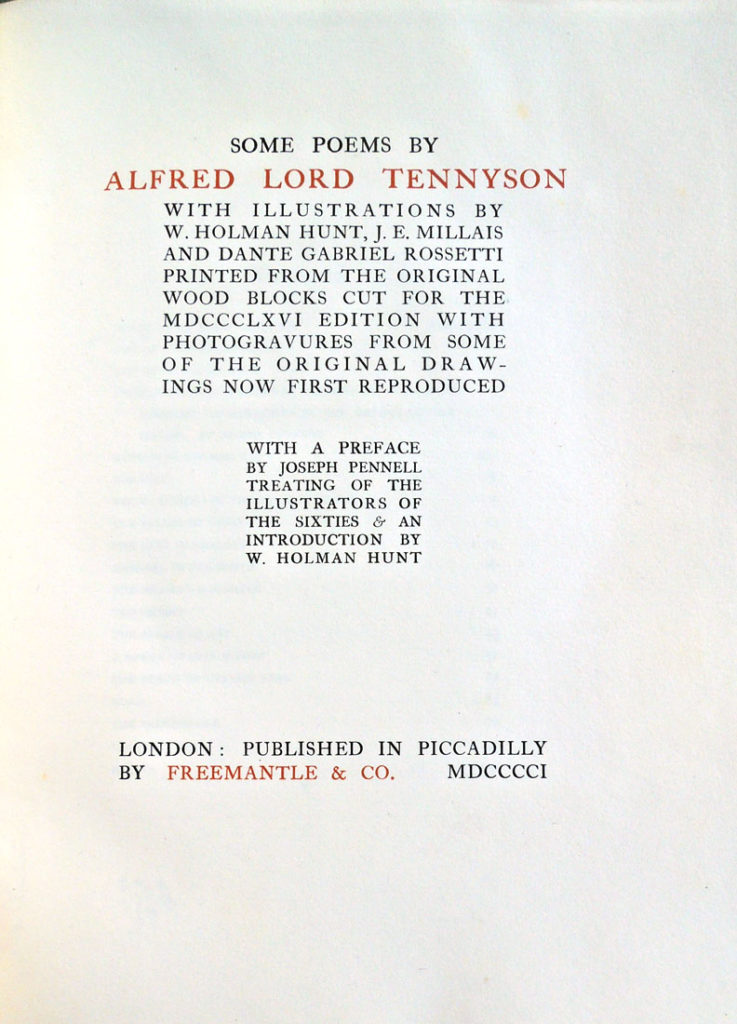