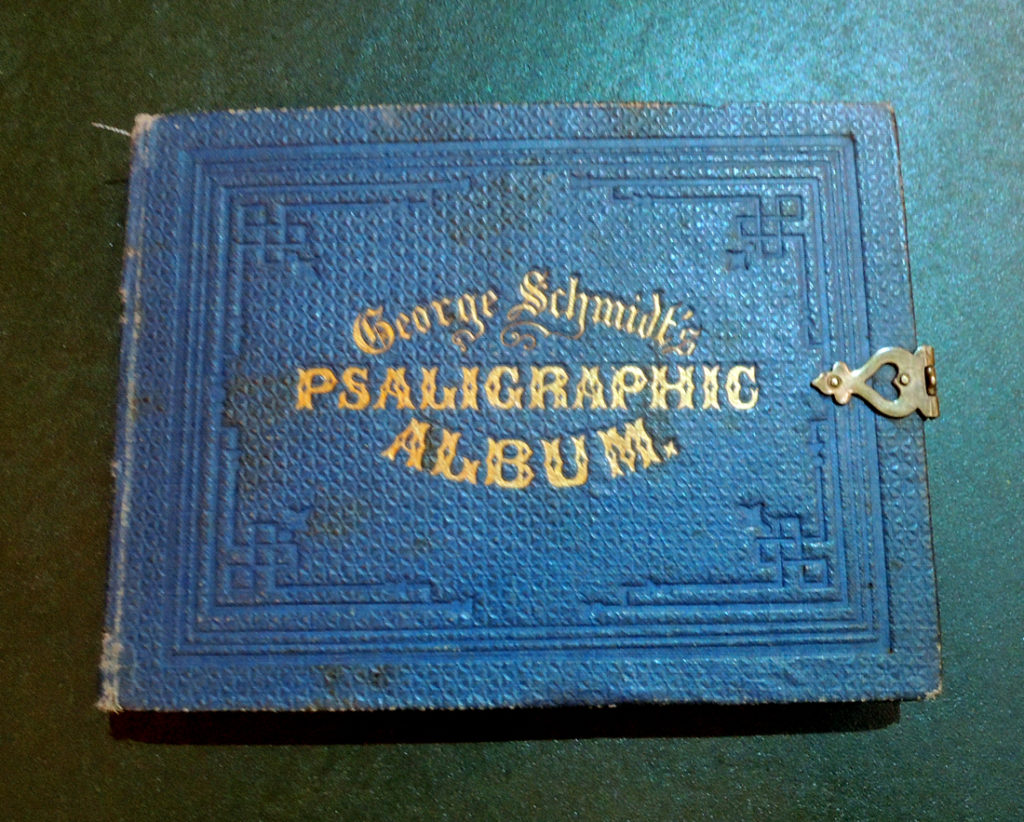 Psaligraphy is the art of cut paper silhouettes (in German: Scherenschnitte). Although it was a wide-spread practice, George Schmidt put himself forward as a leading practitioner by publishing his own Method of Teaching the Art of Psaligraphy five years after this album of samples was published.

“A popular recreation of the middle and late nineteenth century was psaligraphy, or the art of cutting pictures in black paper. Prang’s chromo, January 1868, includes a description of the set that Prang published and sold. It came in an elegant box containing full instructions and specimens for the study of this … art. A pair of scissors accompanies each box. Price per box $5.00”–Katharine McClinton, The Chromolithographs of Louis Prang, (New York, 1973), p. 40. 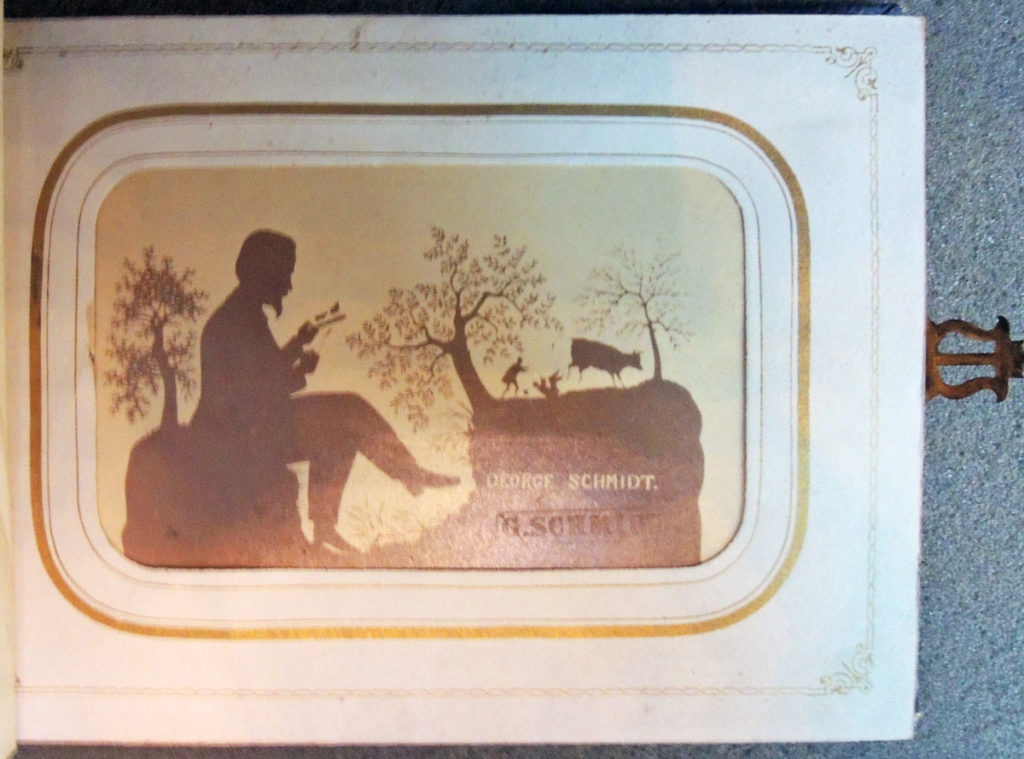 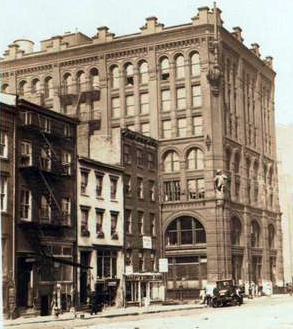 The opening leaf shows George Schmidt himself resting on a tableau vivant in silhouette, gracefully cutting a small animal figure. His publisher, Charles Becker, is listed at 47 East Houston Street [see at the far left], just down the street from where the famous Puck building would be built approximately 15 years later. Since this publisher is not listed in contemporary business directories, it is likely the album was published from their home or apartment.

The introduction reads: George Schmidt, the celebrated and ONLY Psaligrapher, has exhibited his peculiar art before H.M. the Queen Victoria, also the Emperor of France, the Governor General of the Island of Cuba, and other most prominent persons and artists, and has brought to perfection the highly difficult science of creating the most natural and expressive Pictures and Scenes, even of Incredible smallness, by a simple pair of scissors and a piece of black paper.

Induced by a great many of his friends and admirers of his art, he offers in this Album the photographs of some of the best pictures, he has cut out with a common pair of scissors. For Originals, cut with scissors, apply to the Publisher, 47 East Houston Street, N.Y. 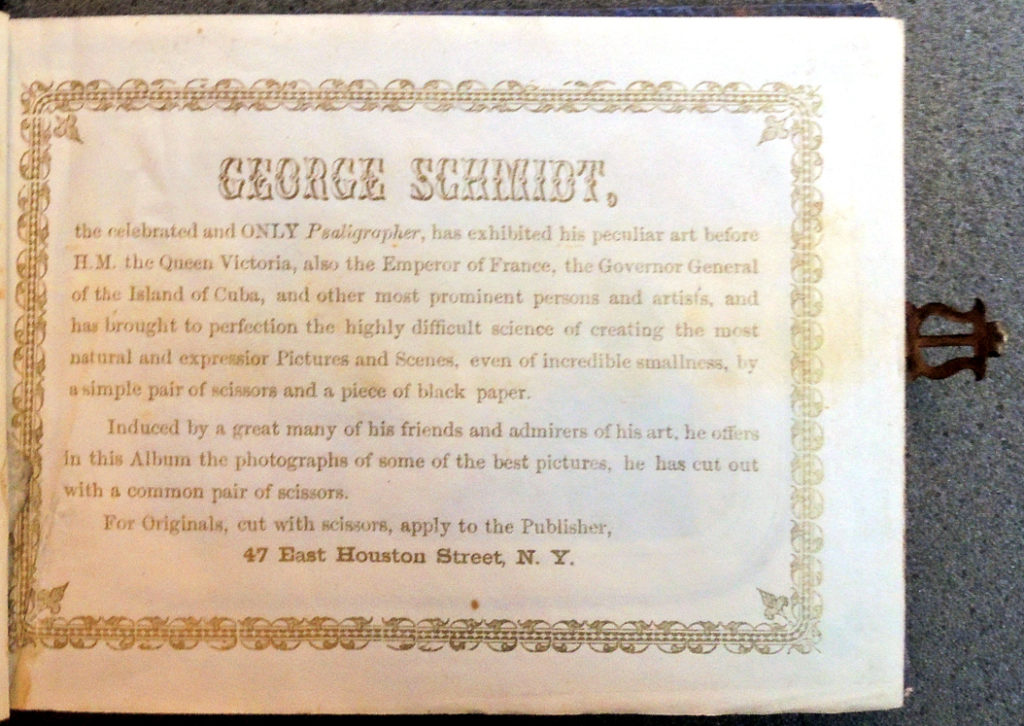 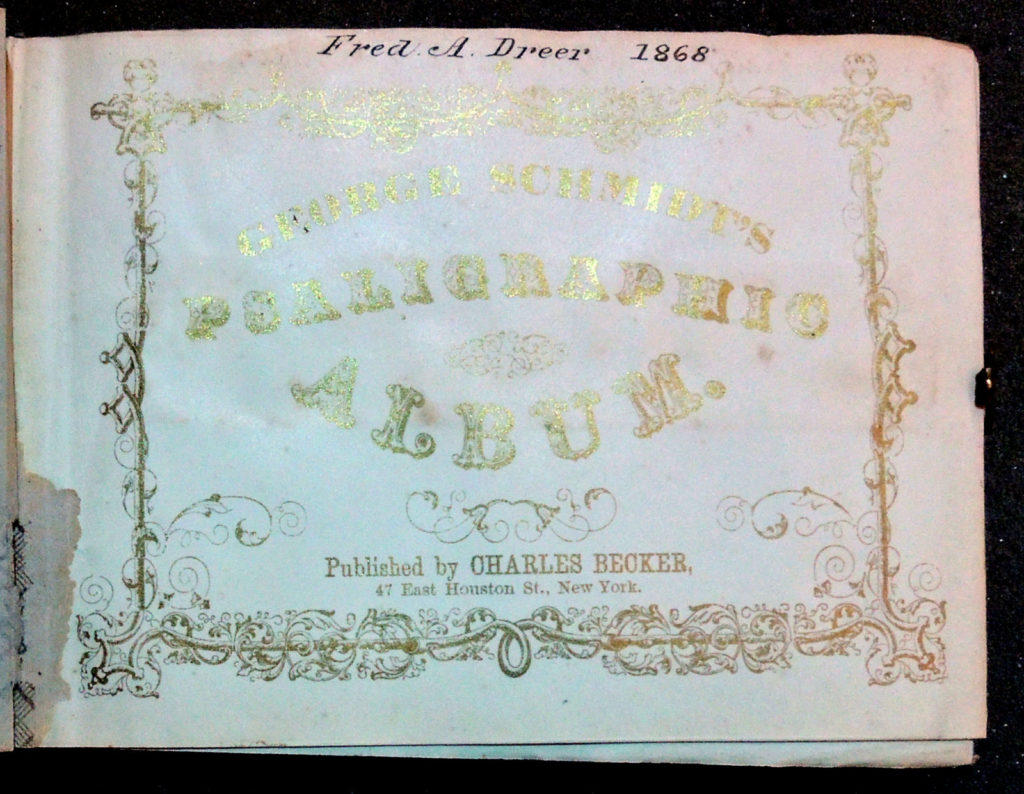 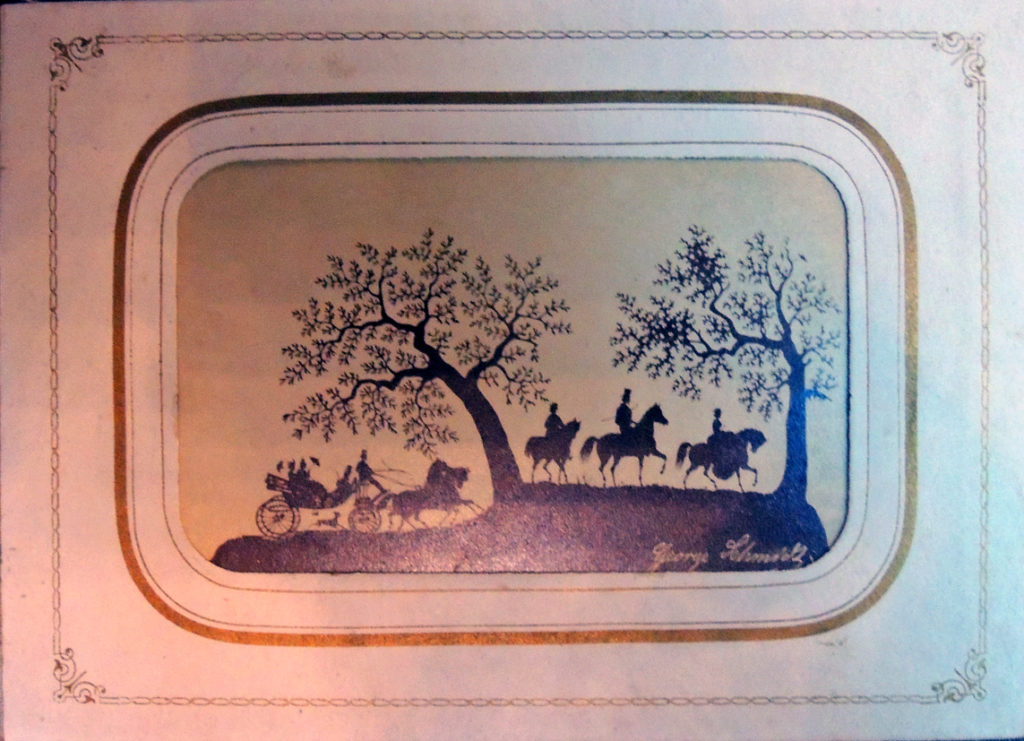 If you are in Washington D.C. in the coming months, try to see Black Out: Silhouettes Then and Now on view at the National Portrait Gallery through March 10, 2019 http://npg.si.edu/exhibition/black-out-silhouettes-then-and-now