Those who attended the exhibition on Matthias Buchinger prepared by collector Ricky Jay and curator Freyda Spira at the Metropolitan Museum of Art in 2016 will remember the many examples of micrography shown, a traditional art form dating to the late ninth century, in which minute lines of text are used to shape patterns or forms. The Graphic Arts Collection recently acquired two 19th century examples of micrography, each with decorative miniature text around a famous theologian.

The first broadside highlights Martin Luther (1483-1546)–different from the Luther seen at the MET–engraved and etched by Theodor Goetz (1779-1853) of Weimar, Germany. The print is dated 1817, suggesting it was prepared to celebrate the tercentenary of the reformation. Luther is seen “clad in the creed of the holy bishop of Afhanasii, and embraced with the apostolic and Nicene creeds.”

The second broadside is dedicated to John Calvin (1509-1564), a French theologian, pastor and reformer in Geneva during the Protestant Reformation. The miniature text is written in Hungarian and although we do not know where it was produced, it is likely this was also part of a tercentenary celebration. 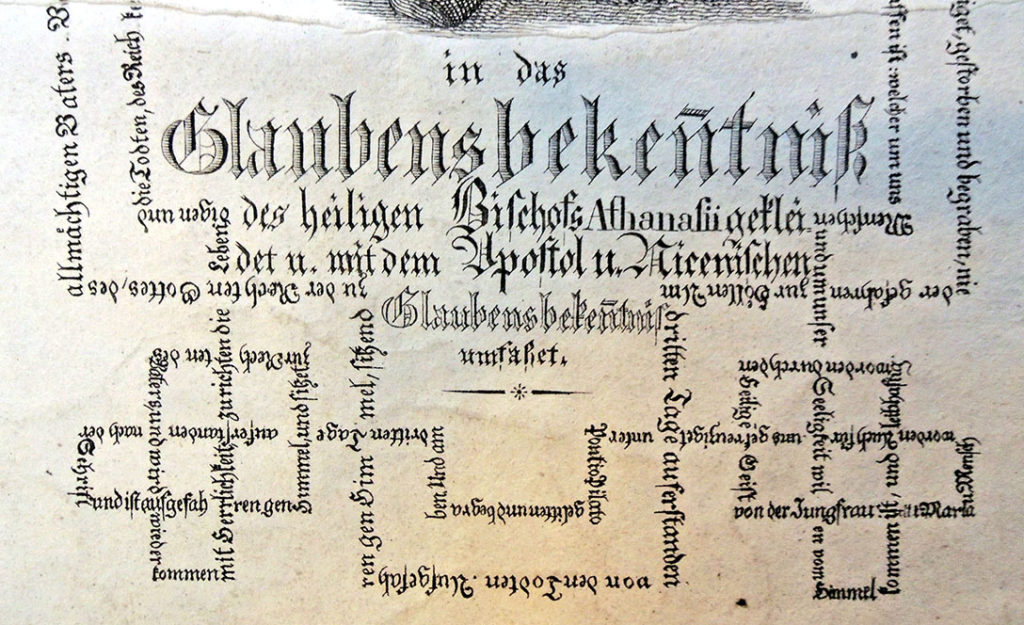 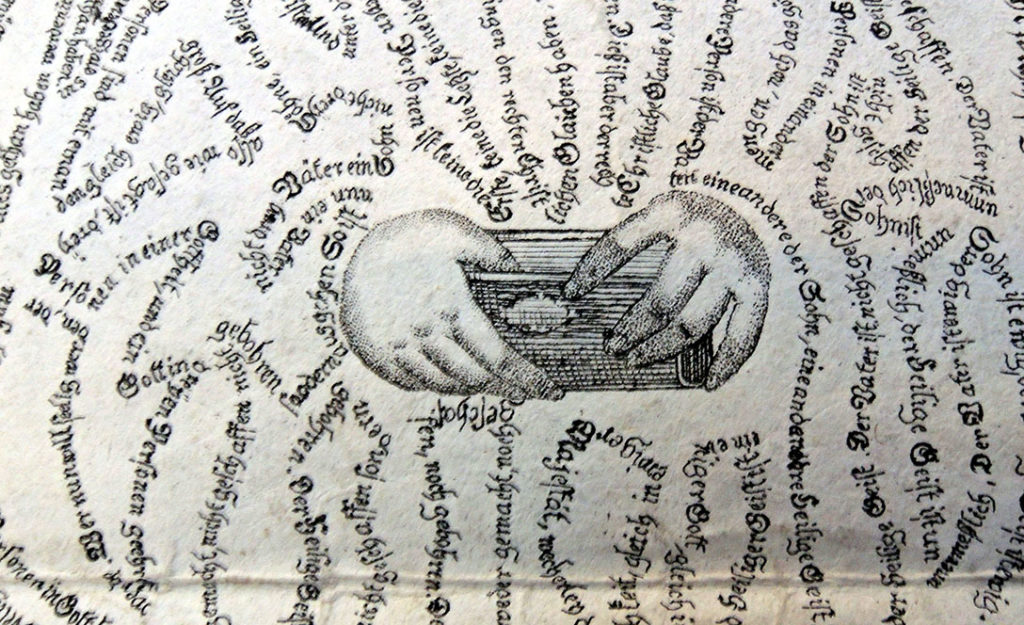 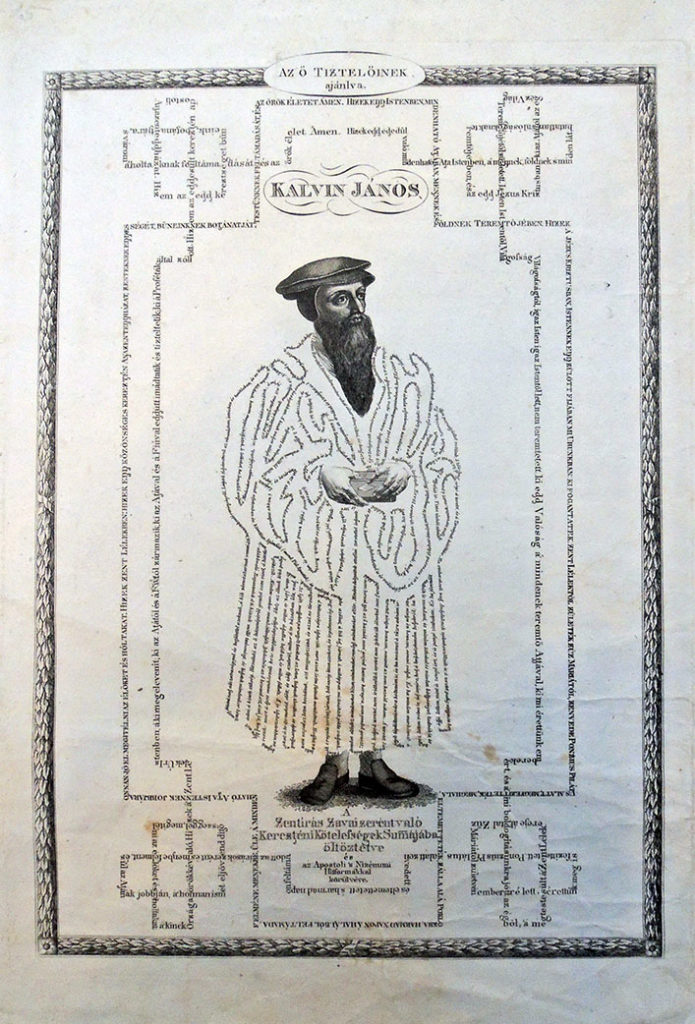 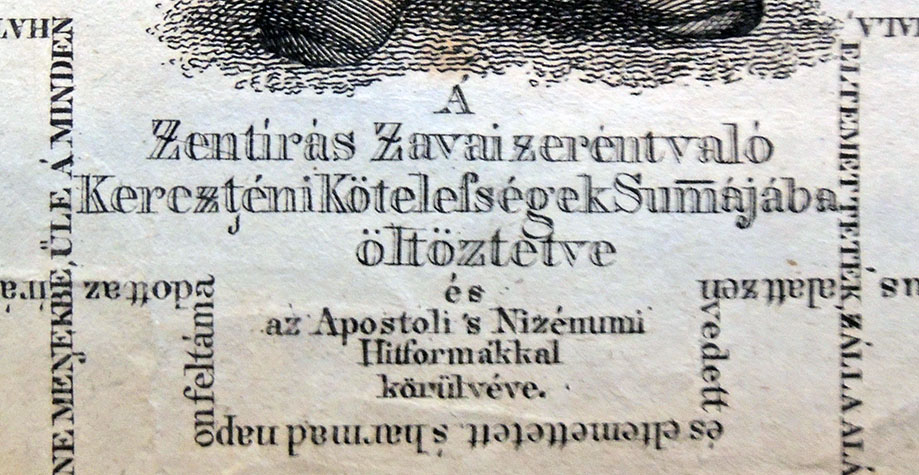 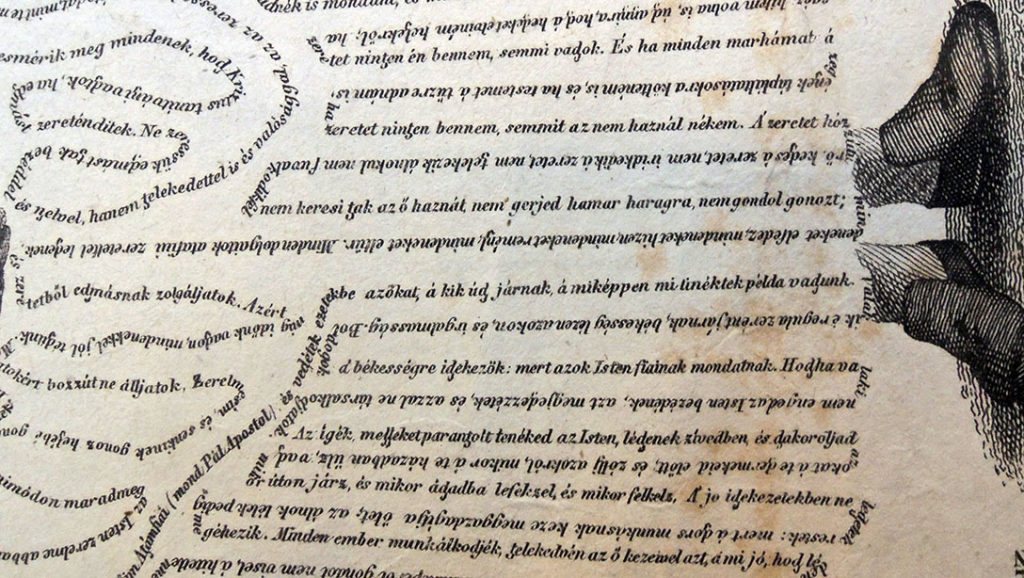