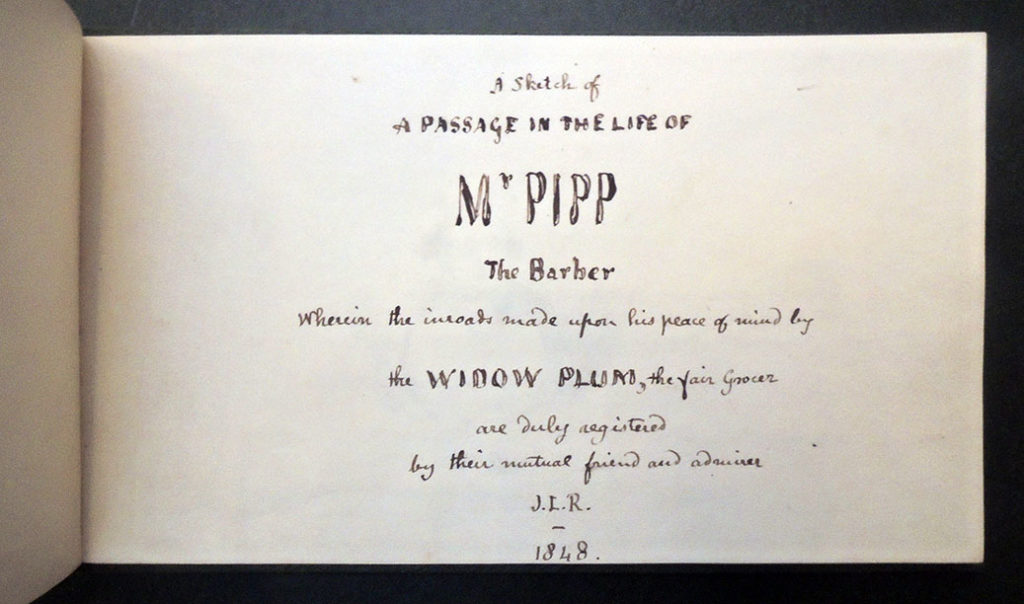 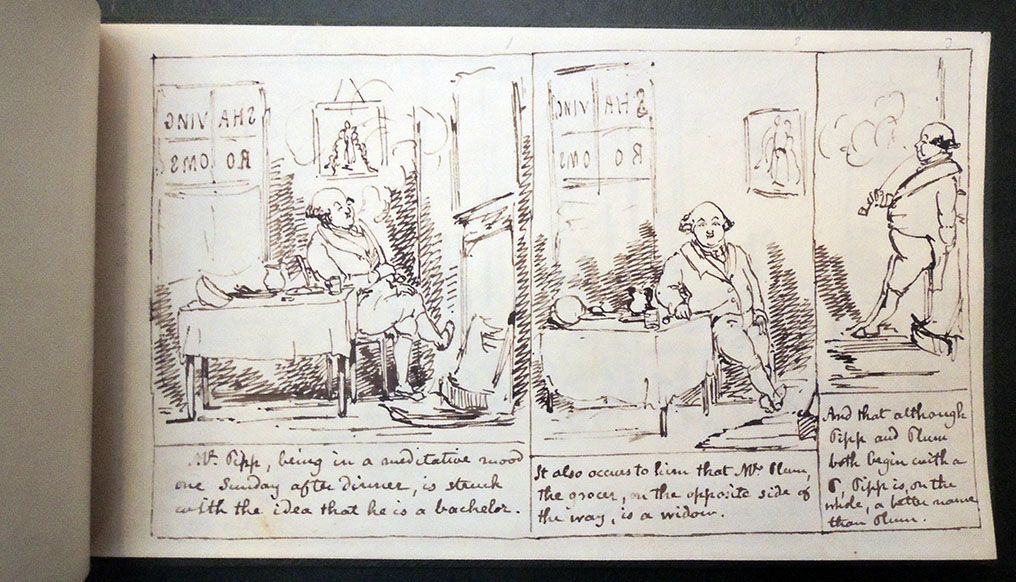 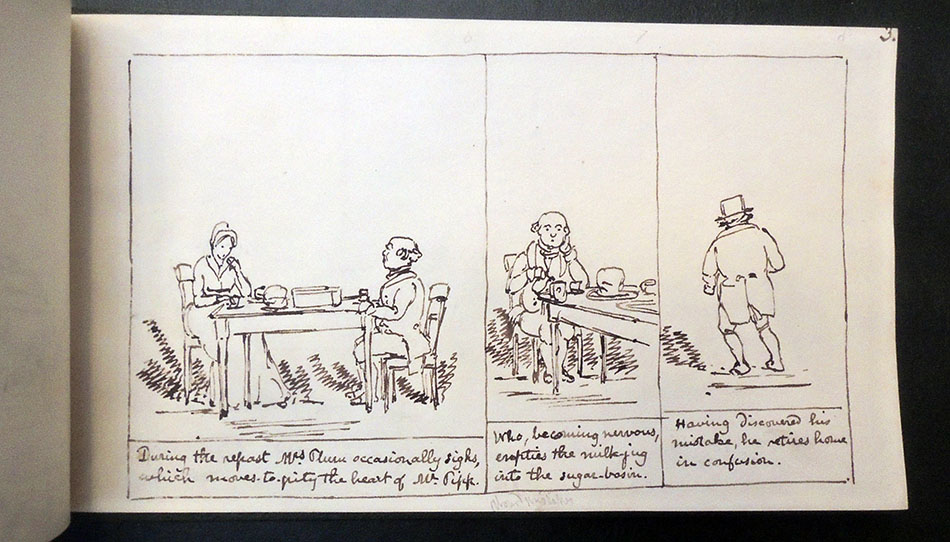 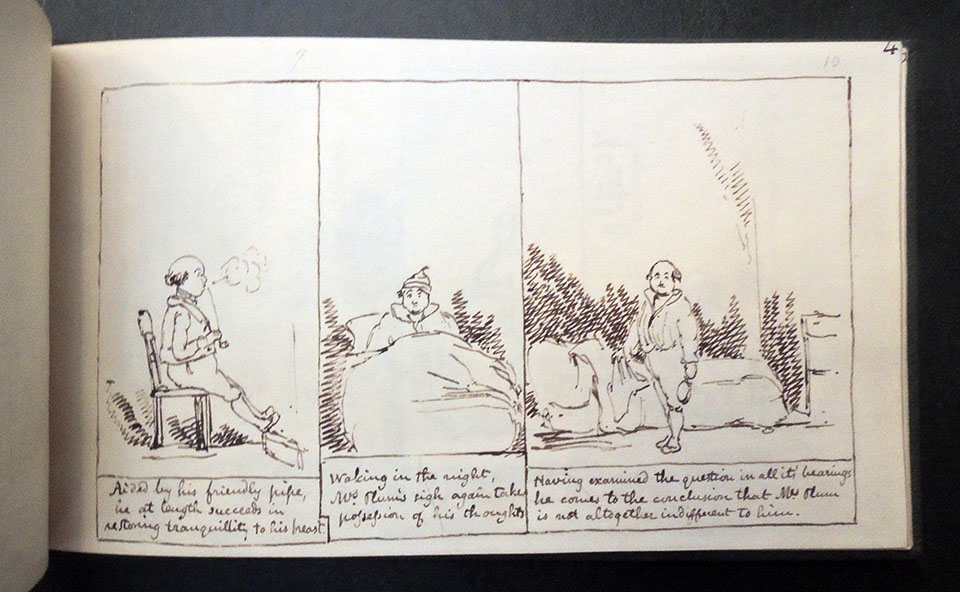 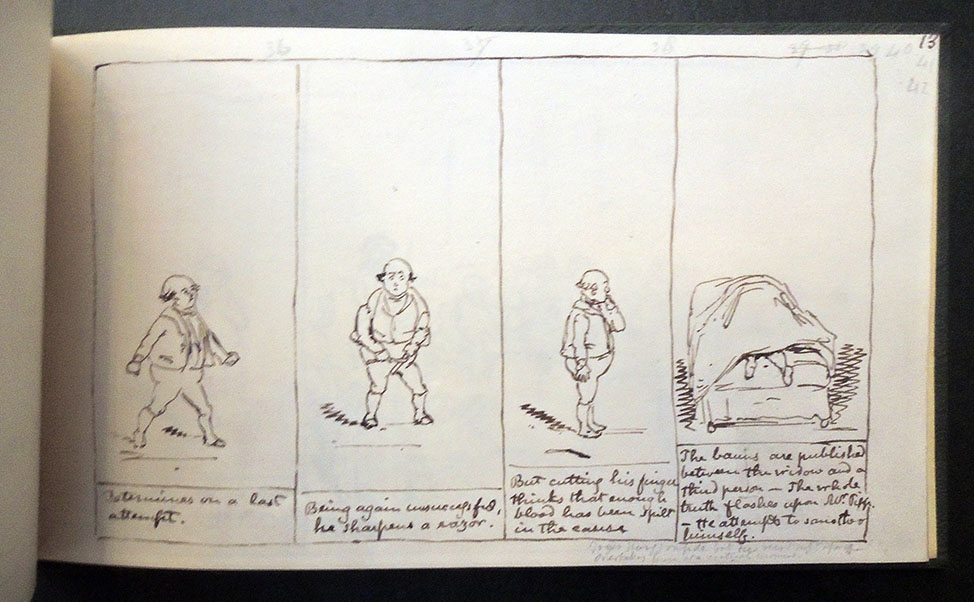 The Graphic Arts Collection recently acquired three items from the library of Anne and F.G. Renier of interest to early comic strip researchers. Two were drawn by John Lewis Roget (1828-1908), the son of thesaurus-creator Peter Mark Roget. For more examples of work by John Lewis Roget, see: https://graphicarts.princeton.edu/2014/02/05/rogets-other-work/. The third volume has potential connections to Roget.

Above are a few of the 44 pages from Mr. Pipp,  in which he attempts to woo Mrs. Plum by learning to dance, wearing a wig, losing weight, and other personal improvements. Poor guy.

Viewers will immediately think of Rodolphe Töpffer (1799-1846), who is often credited with drawing the earliest European illustrated comic strip (although James Gillray was doing it much earlier). Töpffer drew Histoire de Mr. Vieux Bois in 1827 and then, published the small volume in 1837. See: https://graphicarts.princeton.edu/2017/04/07/histoire-de-mr-jobard-and-others/ There is no record of Roget’s Mr Pipp appearing in print. 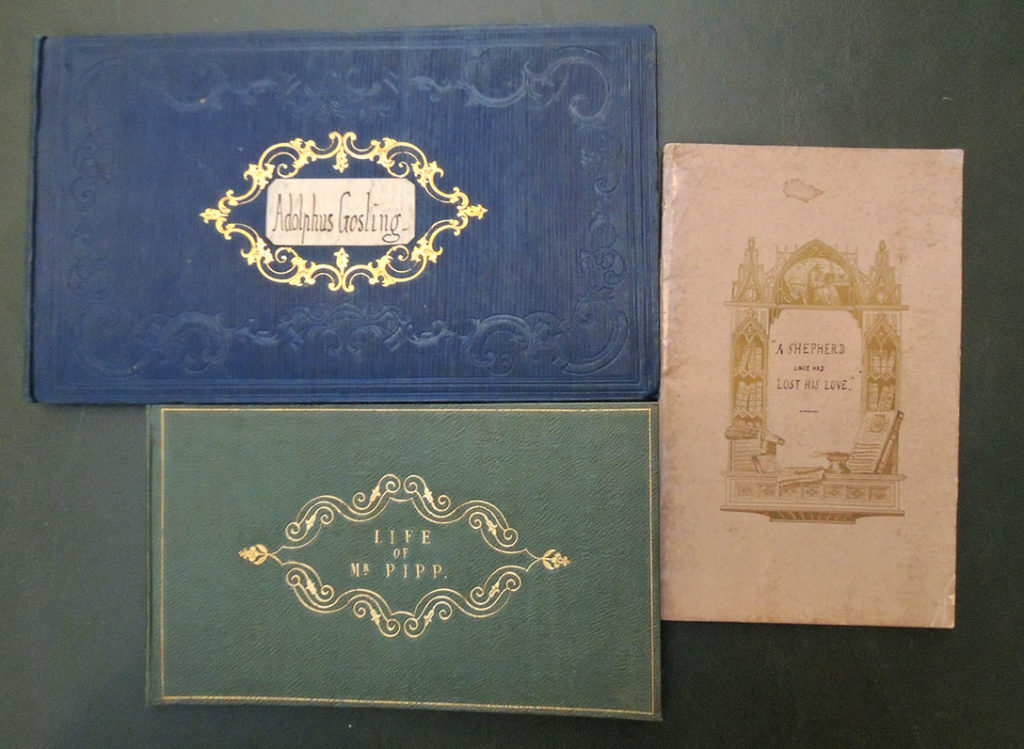 Along with Pipp, we also acquired A Shepherd Once Had Lost His Love, which takes its title from the popular song from Storace’s Drury Lane Opera The Cherokee, 1794. Finally, seen below is a work by the unknown Adolphus Gosling, also named W.A.G. Neither moniker has been found in any database or drawing catalogue and yet, the very similar style suggests a connection with Roget. 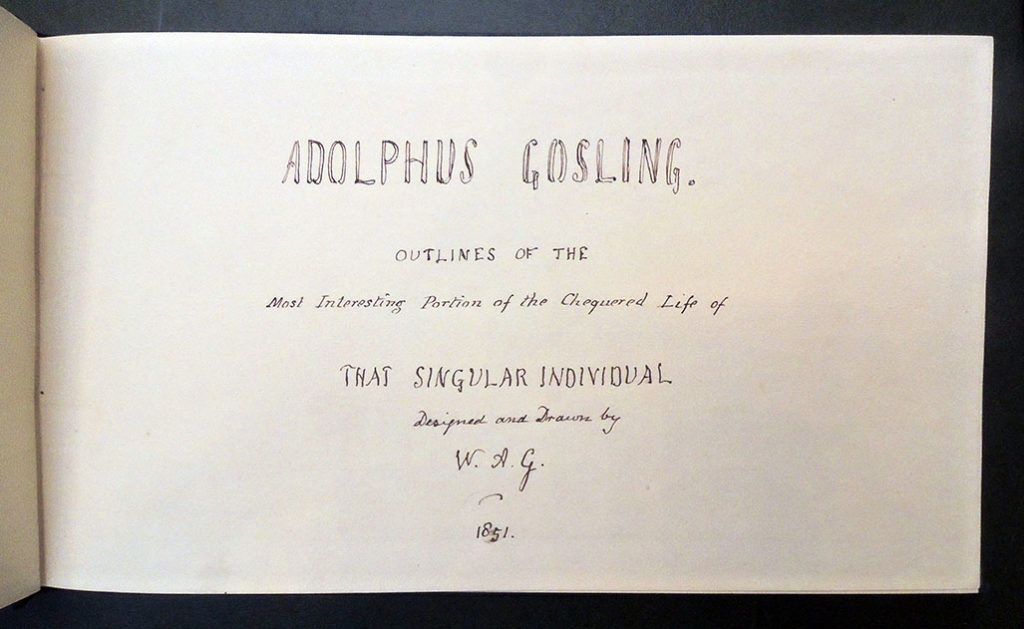 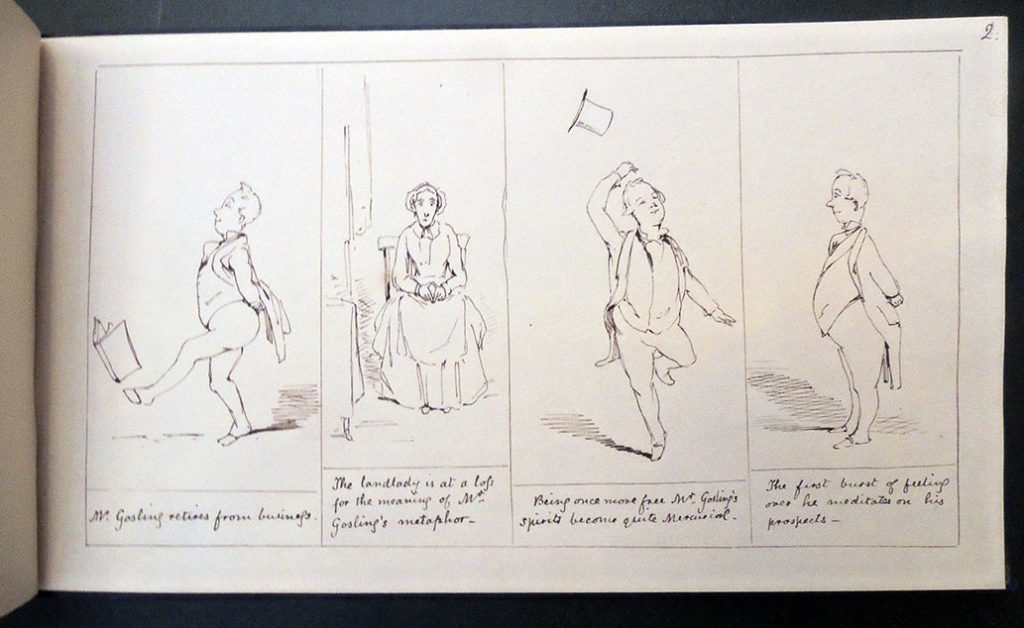 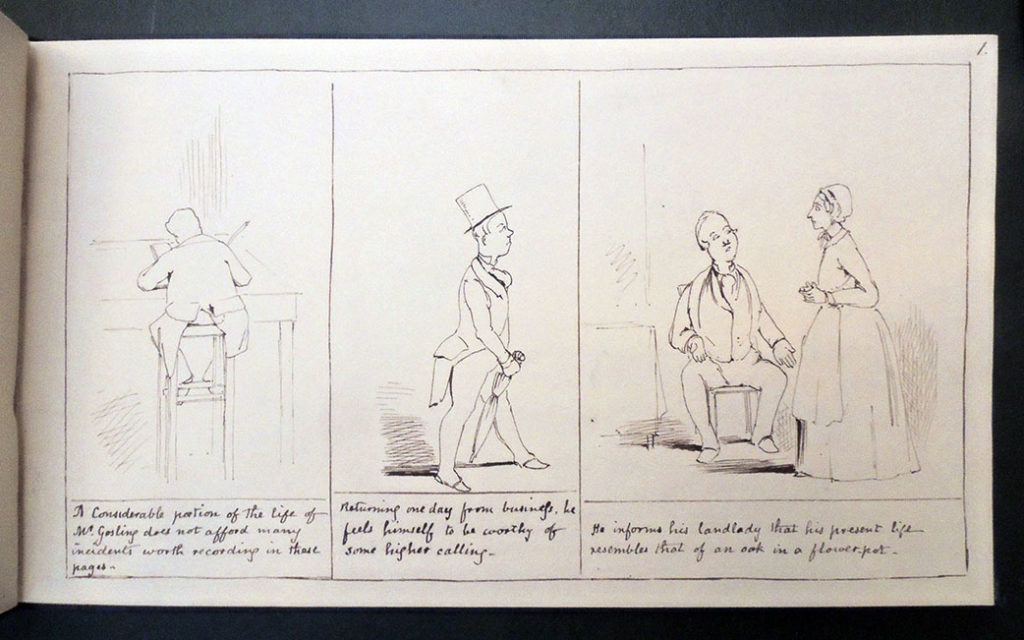