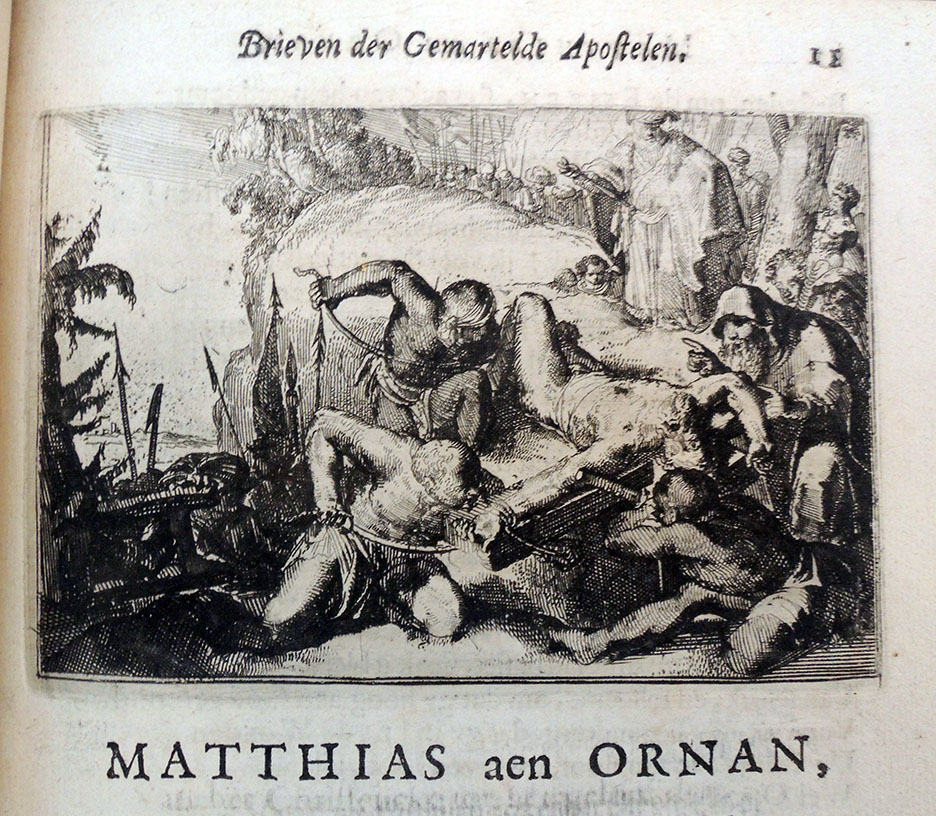 As many people are in their first week of new year’s resolutions, it might be appropriate to look at the popular volume Brieven der gemartelde apostelen [Letters of the Tortured Apostles] by the Dutch surgeon and professor of anatomy Govard Bidloo (1649-1713). First published in 1675 and reissued several times before Bidloo’s death, the text and plates depict the author’s warning against the seducing power of good food, wine, and other earthly delights. Gruesome suffering shown includes stoning, quartering, beating, burning, and other bodily tortures endured by these saints, as necessary preparation for the next world. 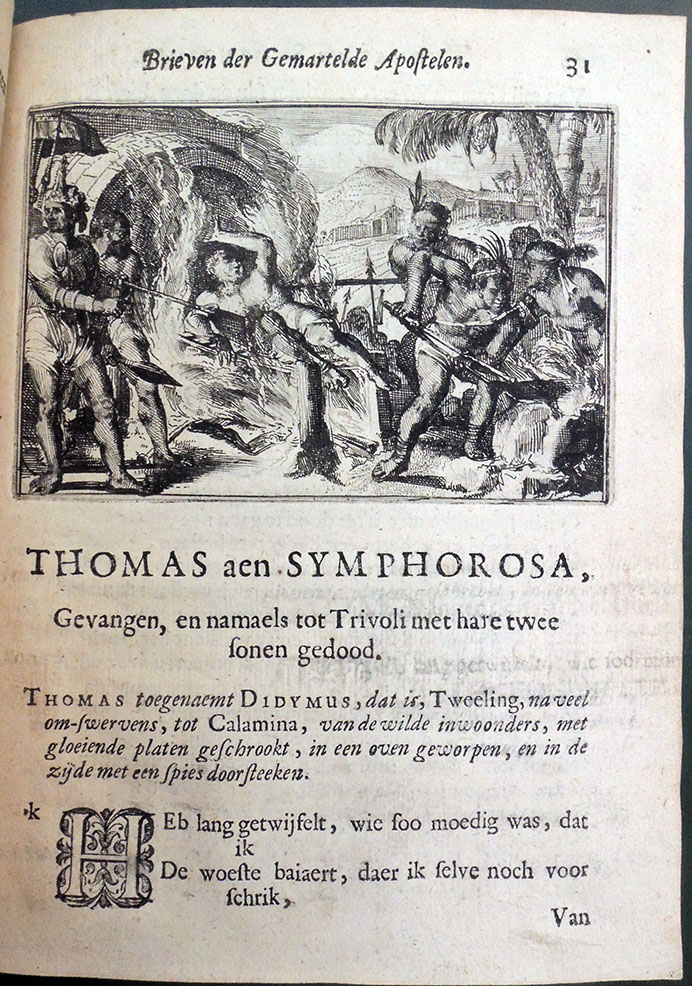 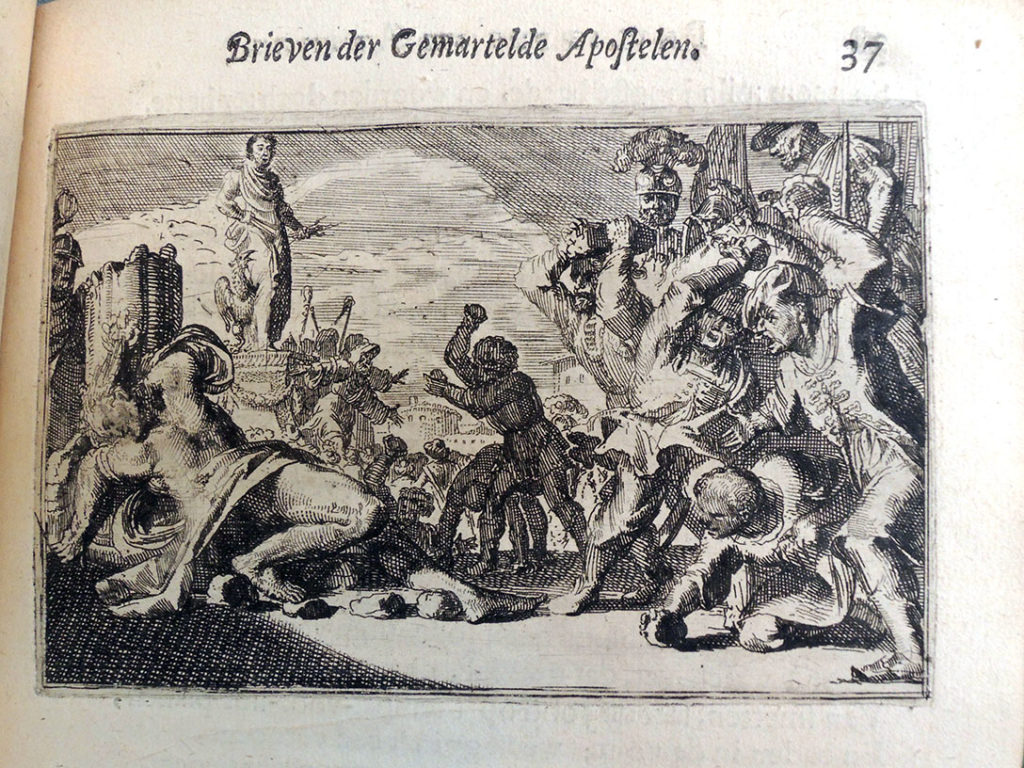 A complete transcription of the texts can be found on The Digital Library for Dutch Literature (DBNL), the wonderful digital collection of texts that belong to Dutch literature, linguistics, and cultural history from the earliest times to the present. The collection represents the entire Dutch language area and is the result of a collaboration between the Taalunie, the Flemish Heritage Library and the Royal Library in The Hague. https://www.dbnl.org/tekst/bidl001brie01_01/

Although the plates are not signed, several sources attribute the engravings to the gifted and socially well connected artist, Romeyn de Hooghe (1645–1708). There might have been dissatisfaction with the result because Bidloo writes elsewhere about the artist’s incompetence* and later, the plates for Bidloo’s monumental Anatomia humani corporis, published in Amsterdam in 1685, were drawn by Gérard de Lairesse (1640–1711) and engraved by Abraham Blooteling (1640–1690) and Peter van Gunst (1659?–1724?). 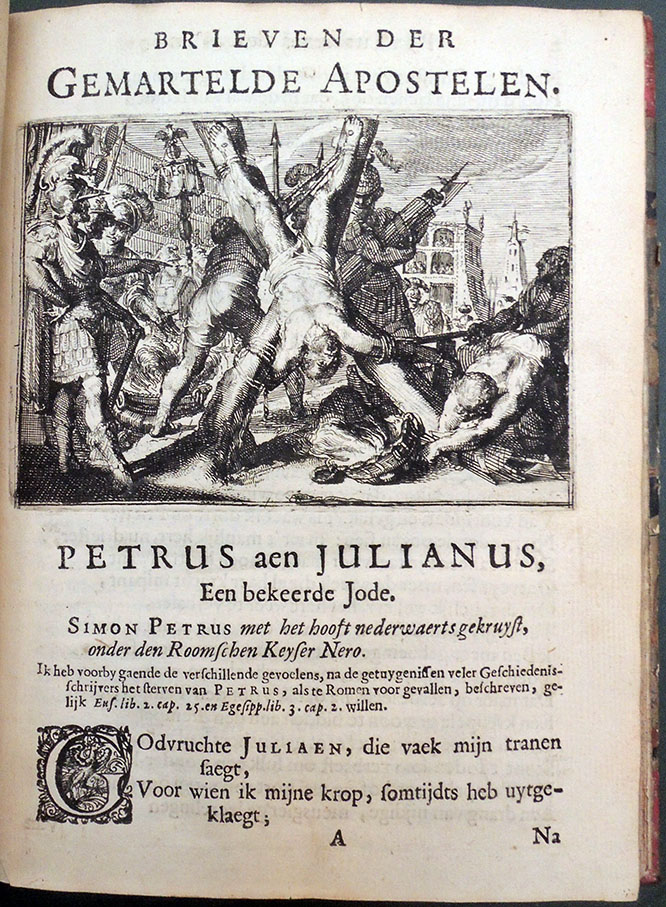 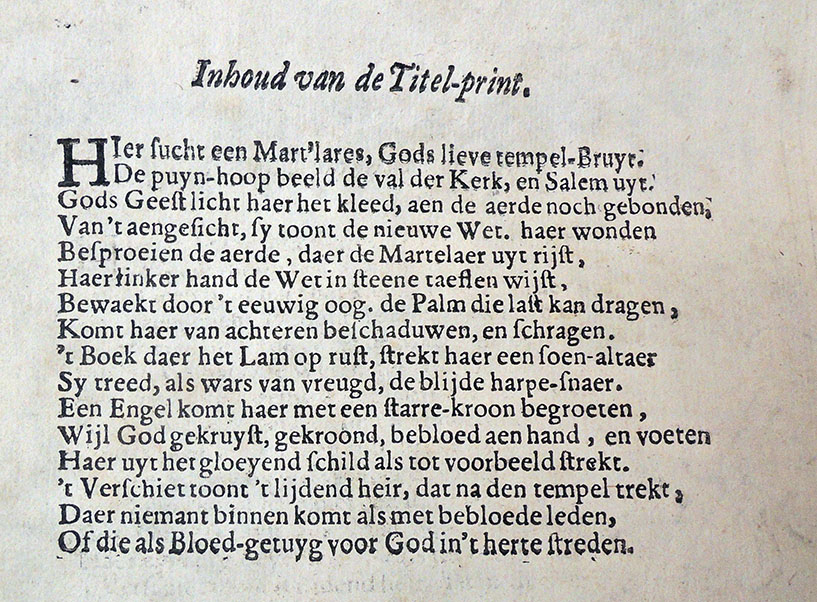 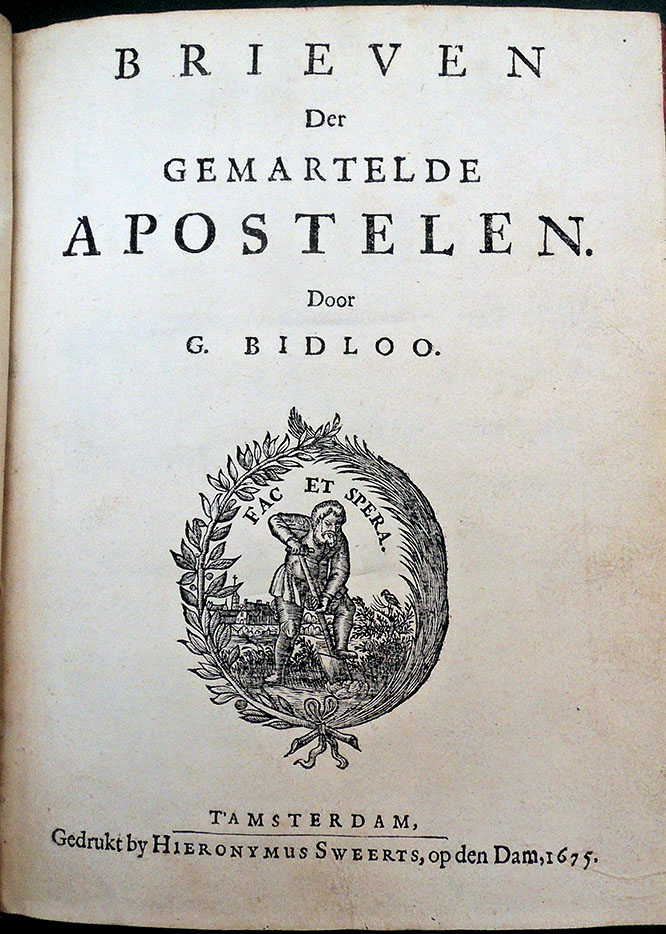 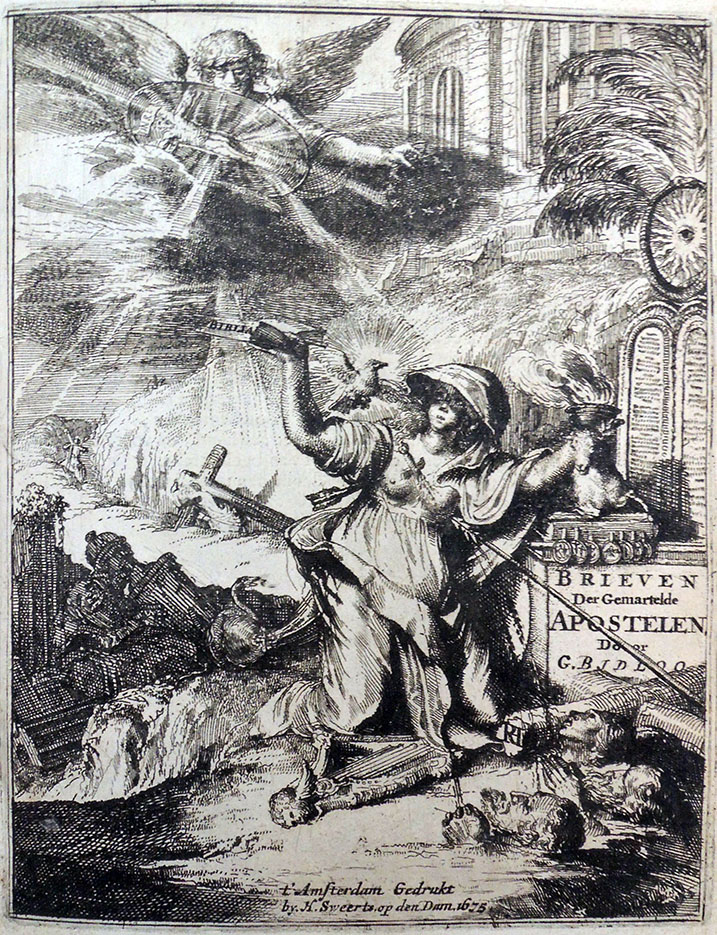