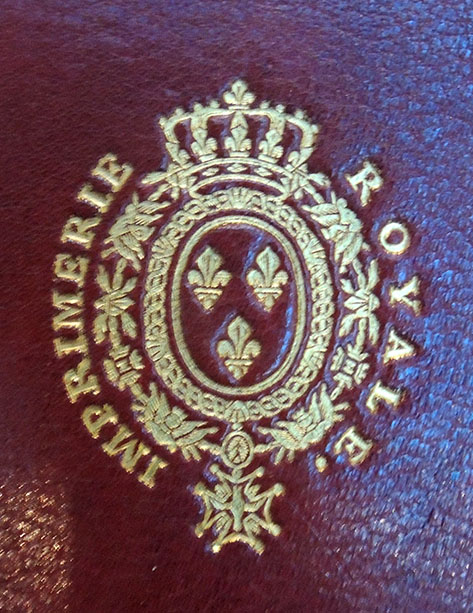 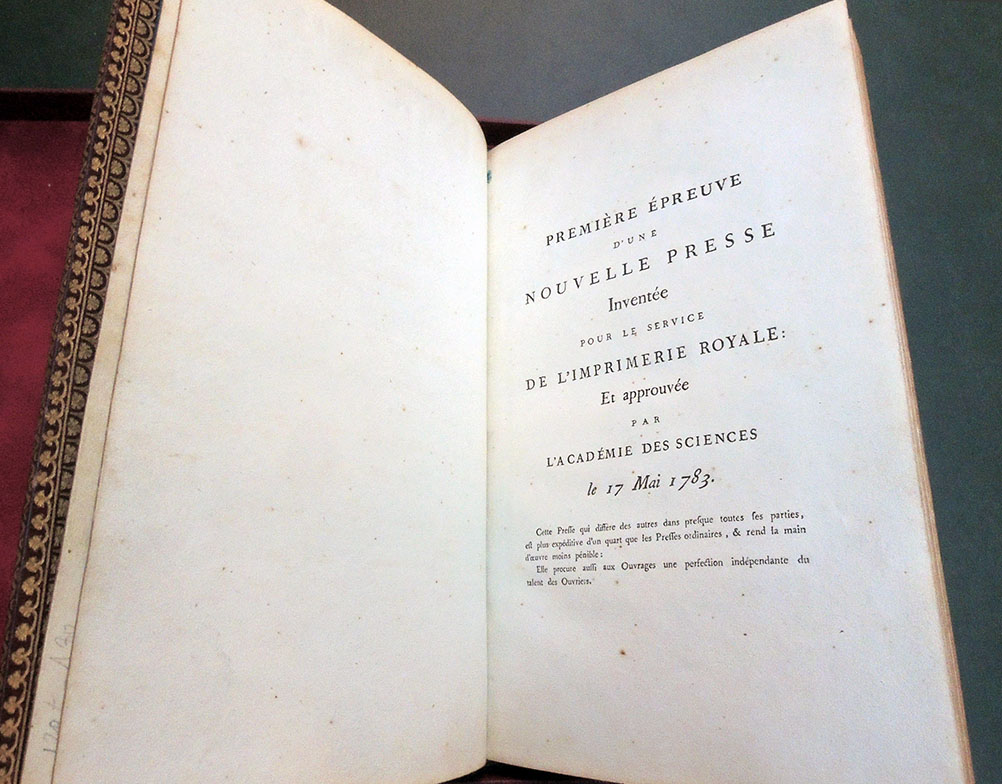 Étienne-Alexandre-Jacques Anisson-Duperron (1749-1794) joined his father at the Imprimiere Royal (Royal printing office) in 1783 and succeeded him in 1788. He was especially interested in papermaking and printing methods, and claimed to be the inventor of the ‘one-shot press’. This work ended in 1792, when the Office became the Imprimerie nationale (National Printing Office) and not long after this Anisson-Duperron was arrested on charges of provoking disturbances, finally sentenced to death and executed on April 25, 1794. He is the author of a thesis presented to the Royal Academy of Sciences from March 1783 and published in 1785 under the title “First Memoir on the printing in letters, followed by the description of the new press executed for the service of the King …”. — https://data.bnf.fr/fr/12449428/etienne-alexandre-jacques_anisson-duperon/

In 1783, one of Anisson-Duperron’s first projects at the Imprimiere was to produce this little book as a demonstration of his new press (the invention of which was claimed by Didot l’Aîné). For a text, he chose L’abbé de Reyrac’s Hymne au soleil, written in 1776 and reprinted several time in various formats due to its popularity.

The Graphic Arts Collection recently acquired a copy this first book printed with the new press “à un coup.” It is a superb presentation copy bound in morocco with the royal coat of arms. According to the catalog of the Breslauer collection, “this version of the Royal arms (45 mm high) is not recorded. […] No other book printed by the Imprimerie Royale in a binding with its arms appears to be known”. –From the library of Bernard Breslauer (Bibliotheca bibliographica breslaueriana I, New York, 2005, no. 66: “The recipient of this handsomely bound work of publicity, presumably presented by the director of the Royal Press, is not identified”). 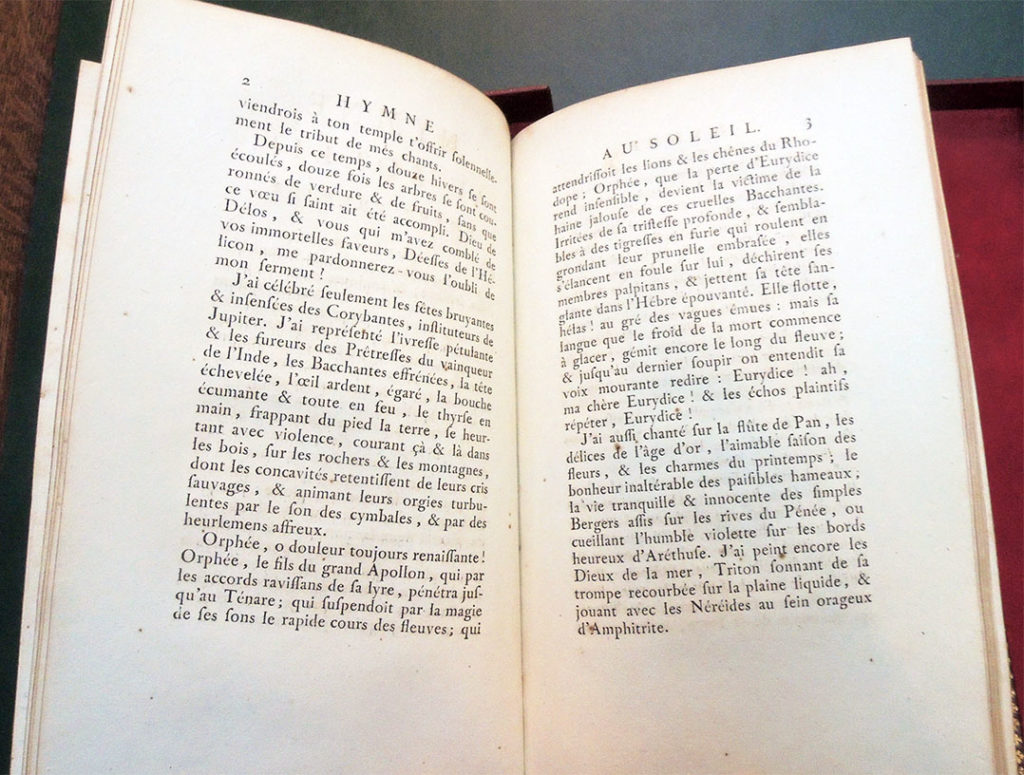 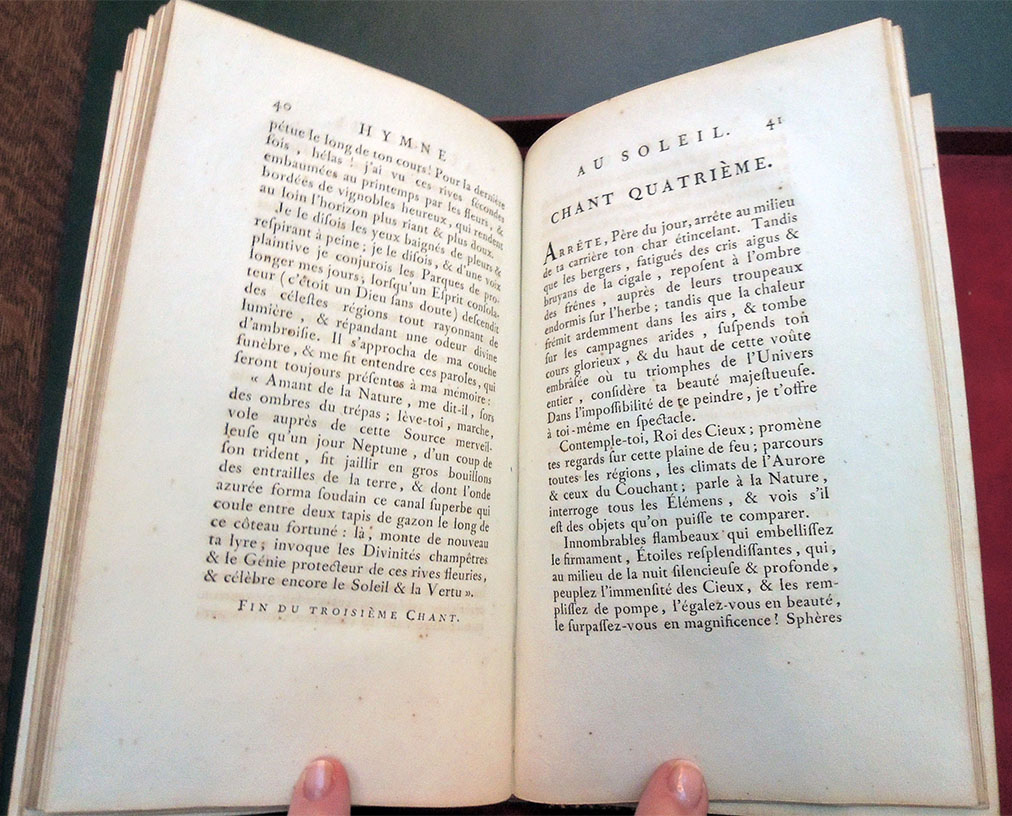 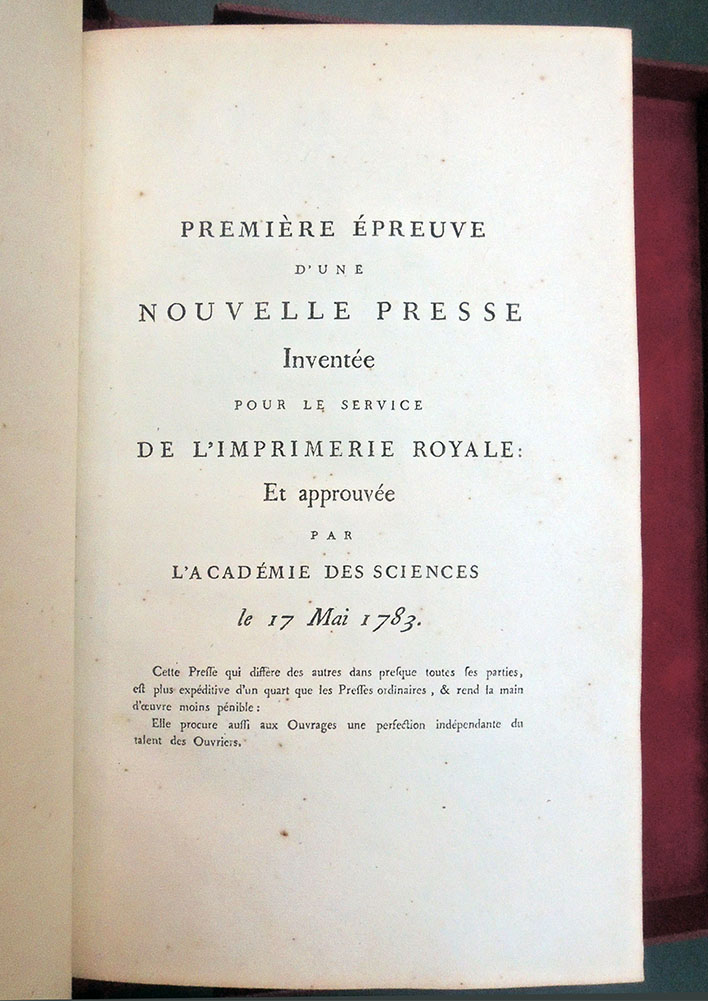 Thanks in particular to John Logan, Literature Bibliographer, Collection Development, Scholarly Collections and Research Services, for his help in this acquisition.