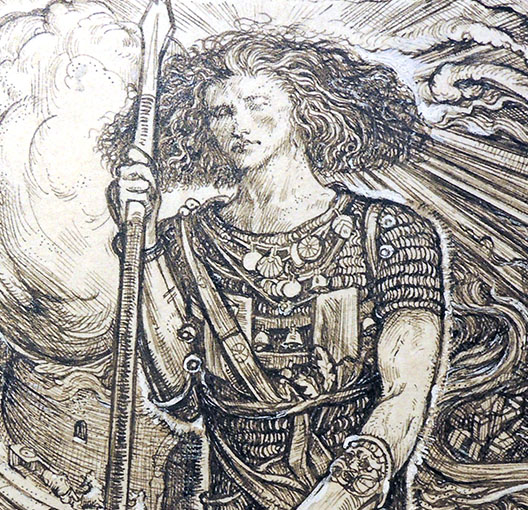 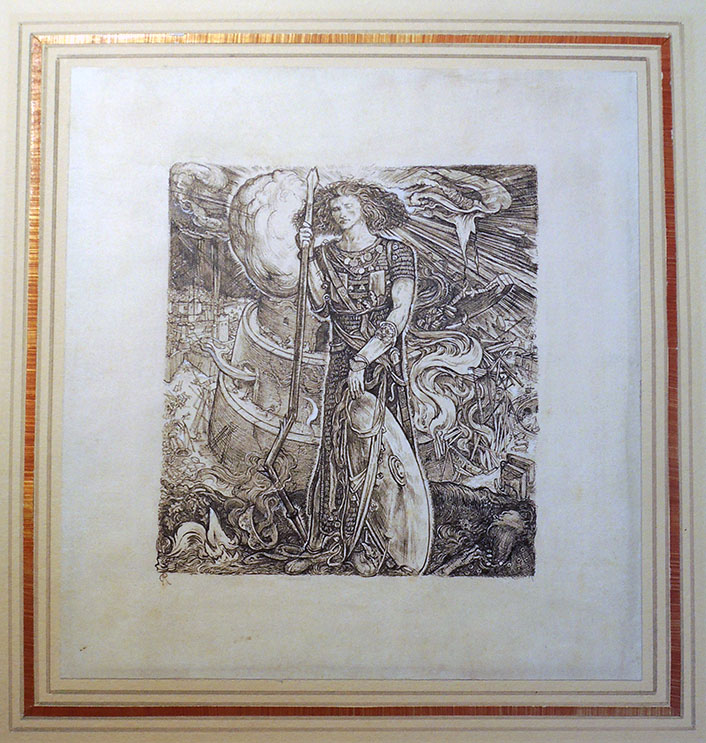 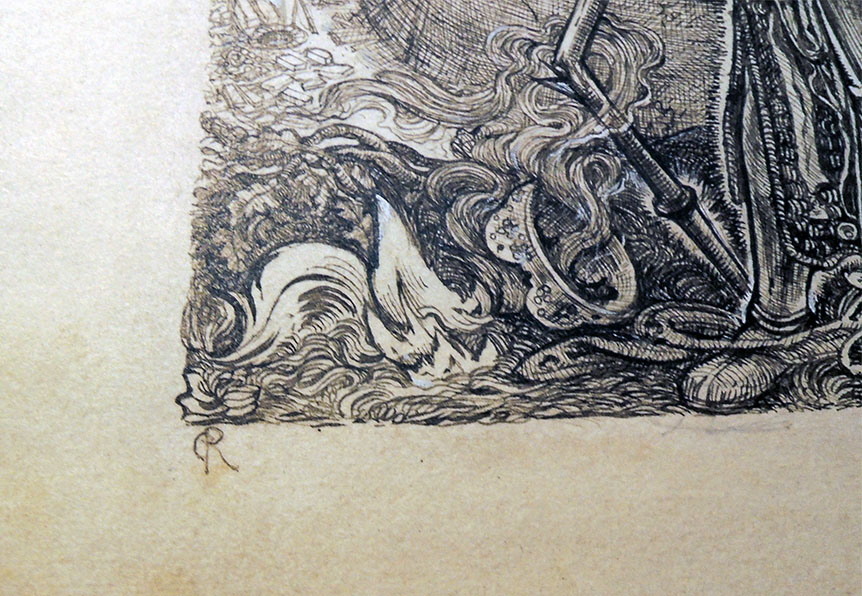 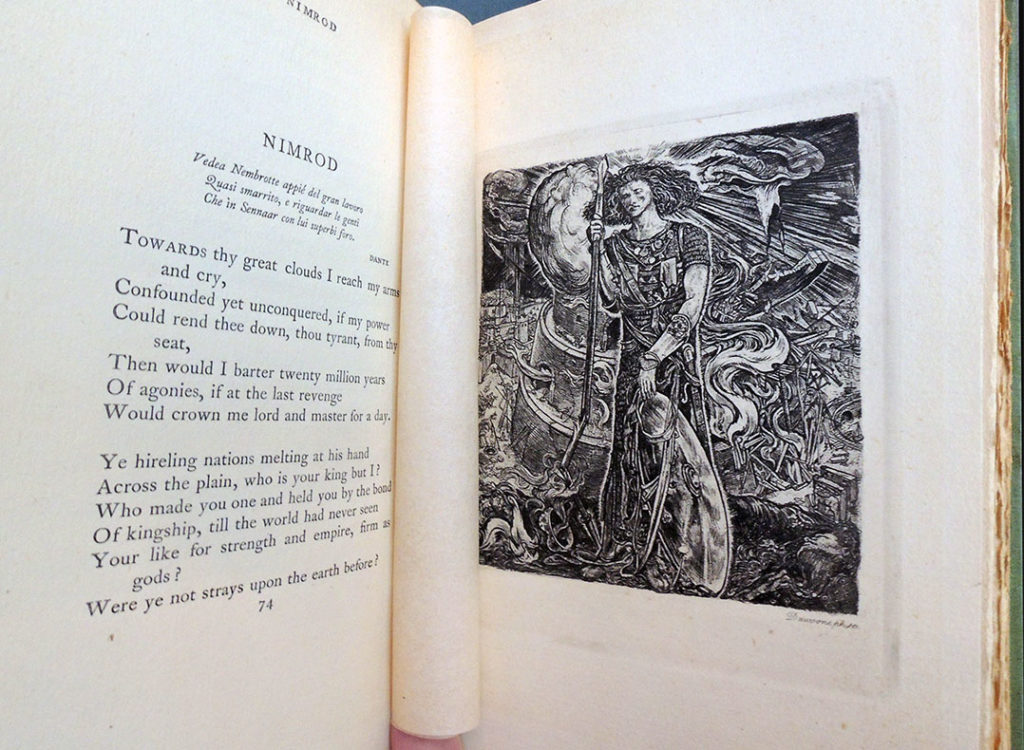 Charles Ricketts has been called the quintessence of the nineties. In his life as much as his work, he embodied not merely an “aesthetic” devotion to art and beauty but also many of the fin de siècle’s finest creative energies. …In London, the writers Oscar Wilde, Michael Field, John Gray, Thomas Hardy, W. B. Yeats and Thomas Sturge-Moore were all eager for Ricketts to decorate their books or design stagings for their plays.

Wilde especially was proud of Ricketts’s involvement in his own work: he once called Ricketts “the subtle and fantastic decorator” of his books. In some respects, Ricketts was Wilde’s collaborator or kindred spirit. His sympathies with Wilde were profound. His designs for Wilde’s The Sphinx mark one of the high points, if not the high point, of late-Victorian book design.”

–selection by Nicholas Frankel, Associate Professor of English at Virginia Commonwealth University, editor of Ricketts’s The Sphinx and author of Oscar Wilde’s Decorated Books and Masking The Text: Essays on Literature and Mediation in the 1890s. http://www.1890s.ca/PDFs/ricketts_bio.pdf 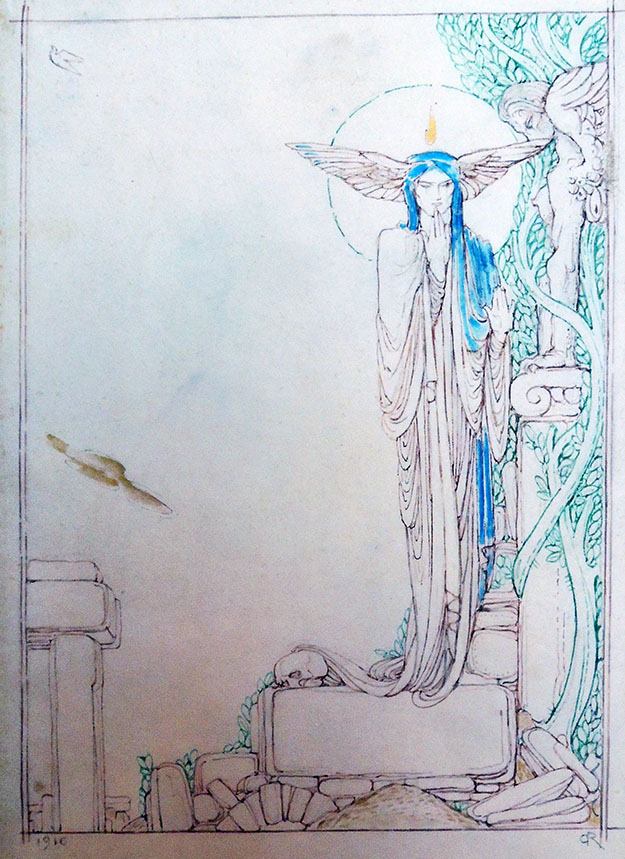 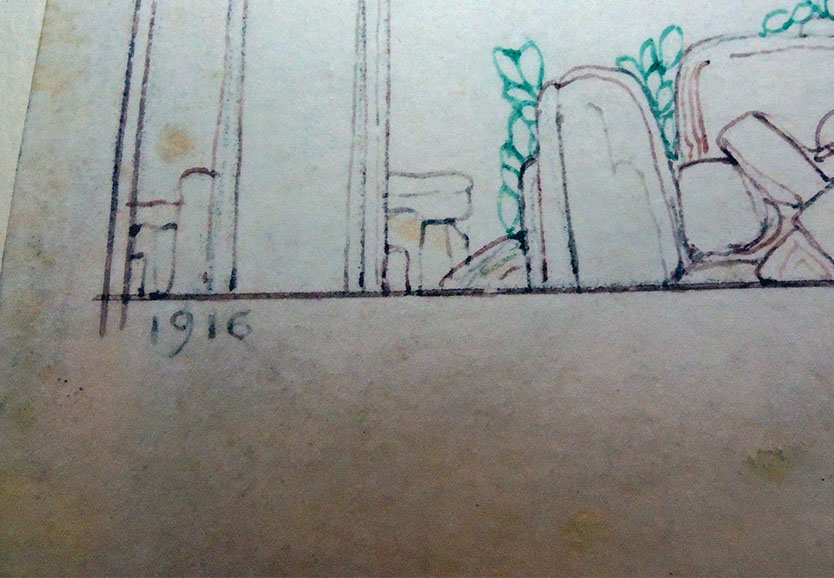 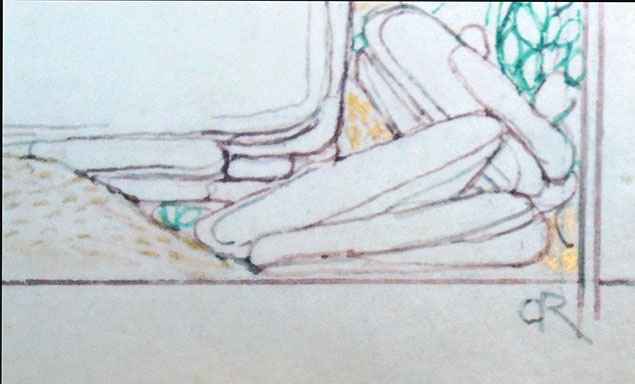 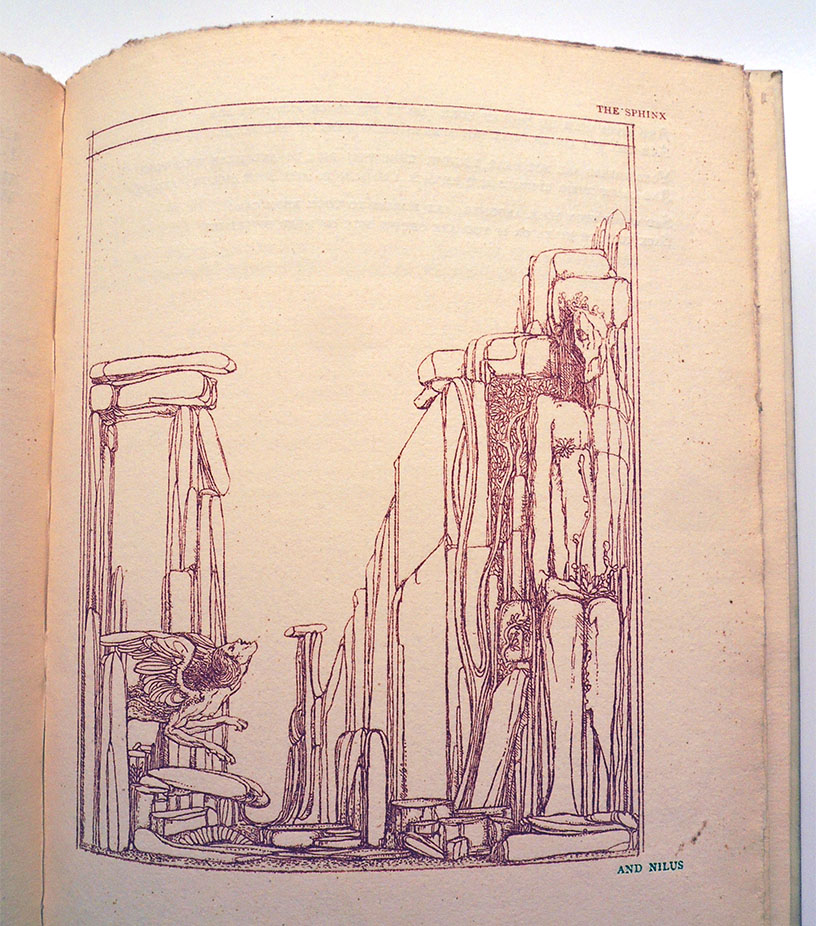 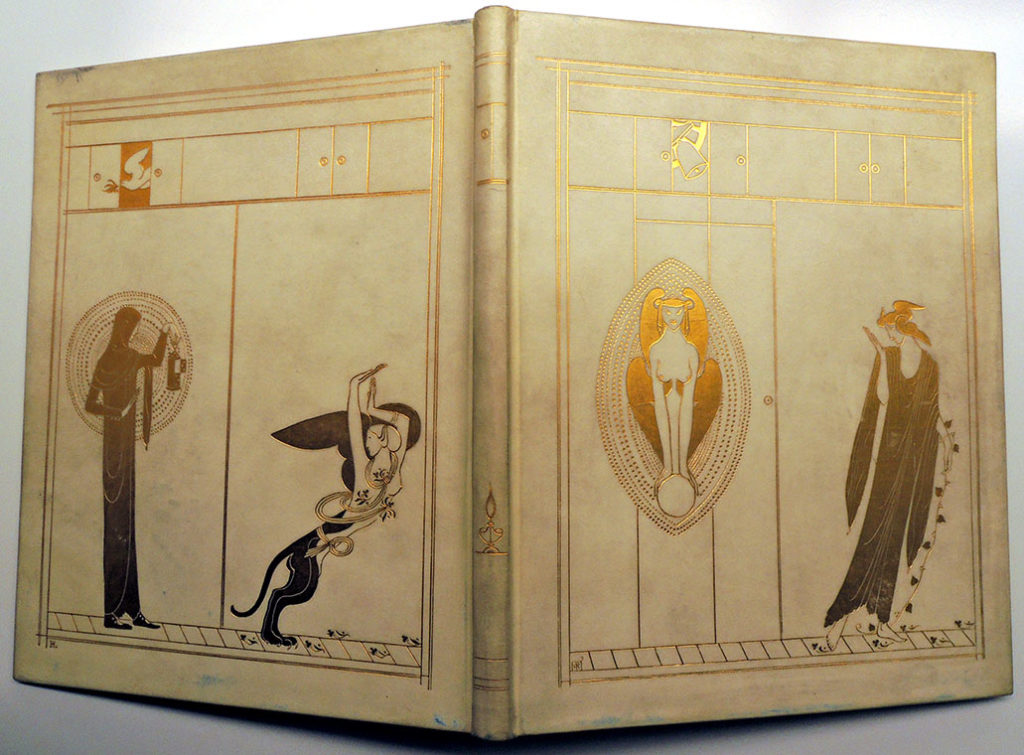