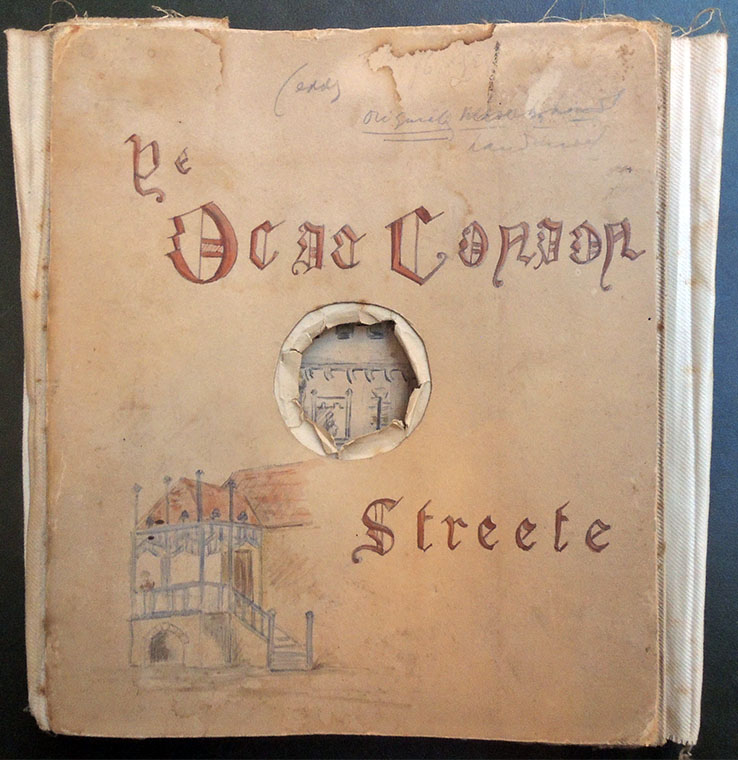 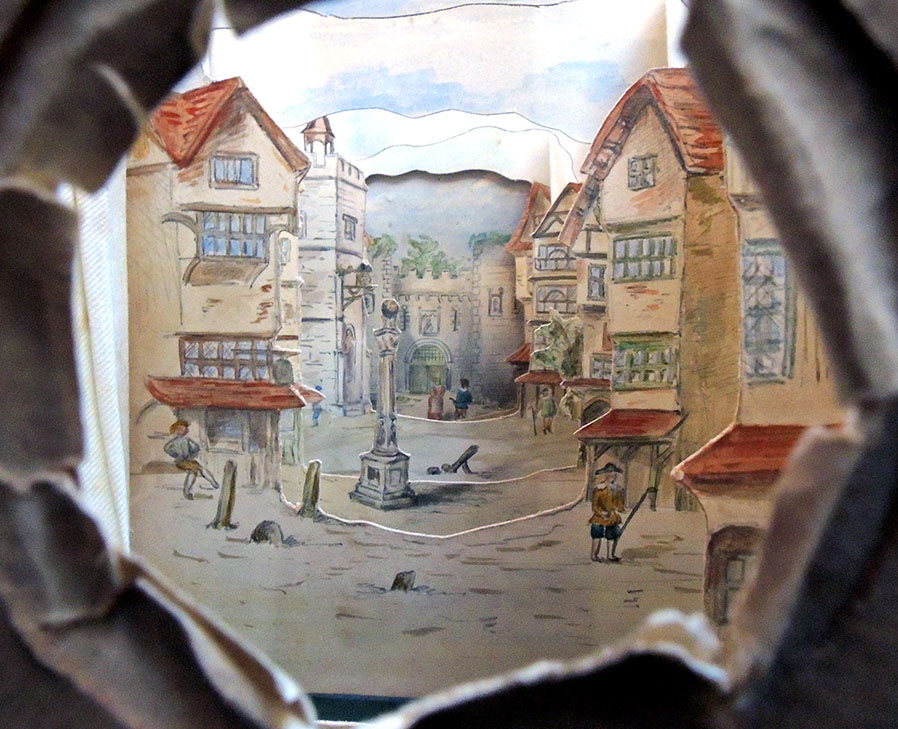 Between the Cotsen Children’s Library and the Graphic Arts Collection, Princeton holds a large collection of European and American tunnel books. Here is one of our newest acquisitions. 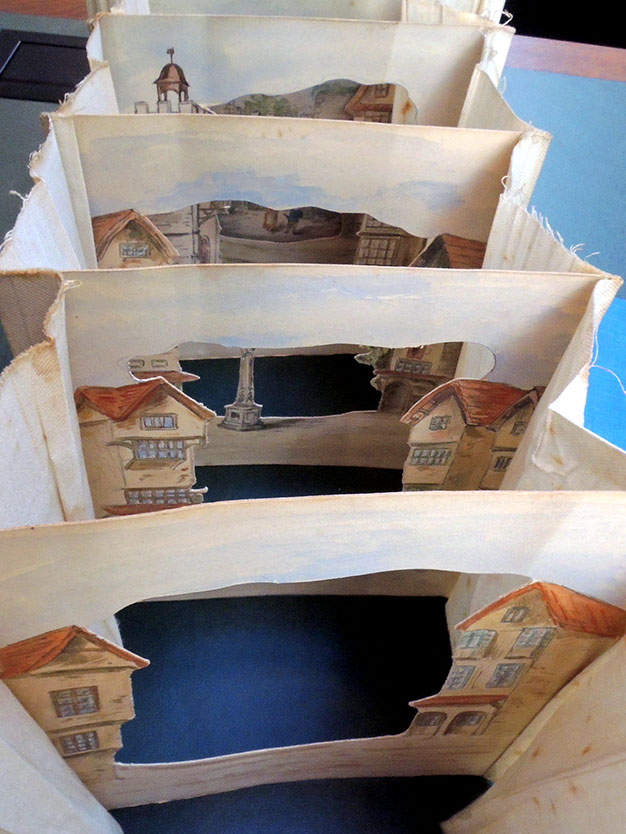 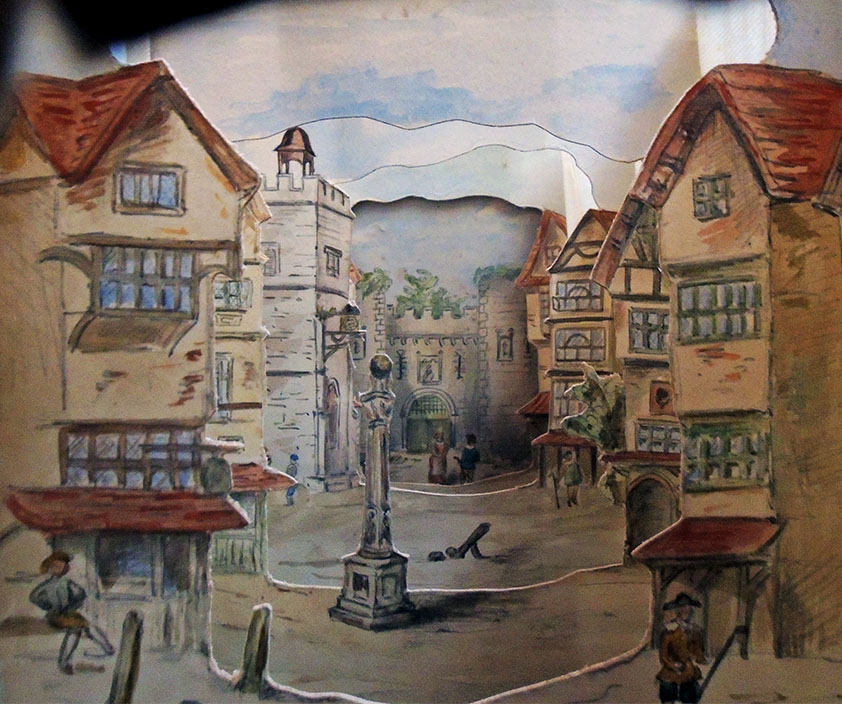 In this example, the panels are attached to each other with cloth sides, making the whole easily foldable, like an accordion book. It offers a view of an imaginary old London street that was reconstructed at the International Health Exhibition of 1884. The street was made out of real houses, some four or five stories high and was built to give a contrast to the modern sanitary advancements. It proved to be the most visited exhibition.

The artist’s initials “G.C.S.” are struck through in pencil, followed by what we presume to be the owner’s name: Mary Dorothea. The piece is also signed at the back with the initials G.C.S. and manuscript note on the scenery, “Taken from the street in old London shown at the Health Exhibition 1884”. 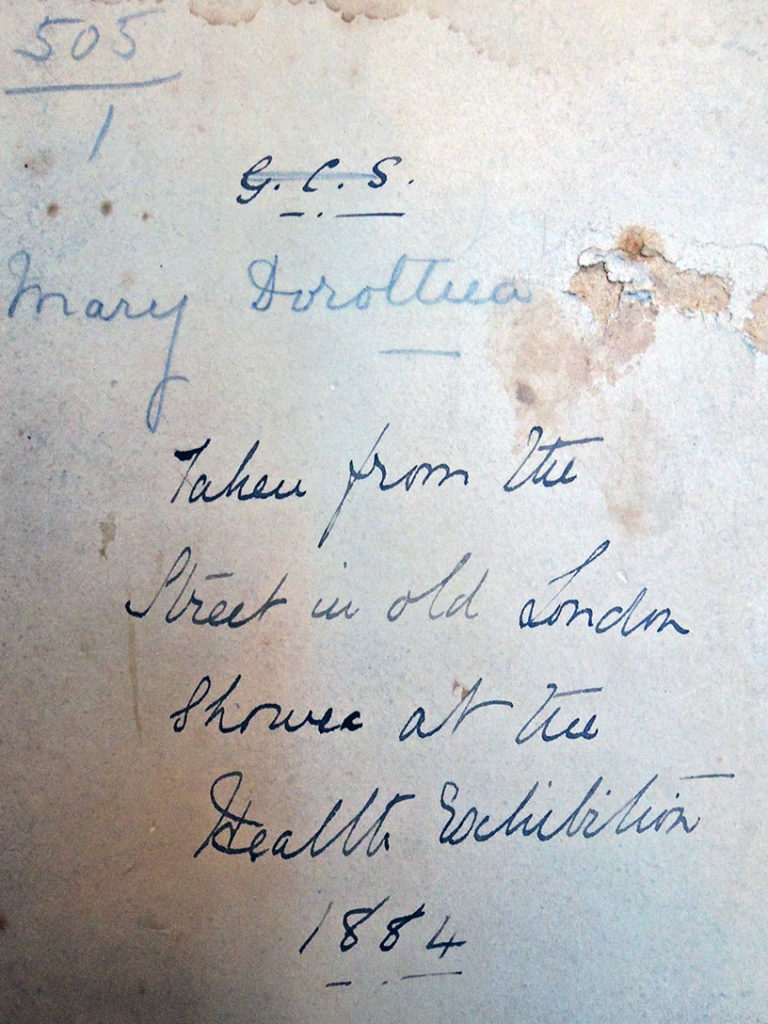 In 1884 London hosted an International Health Exhibition under the patronage of Queen Victoria and the Prince of Wales, and directed by an Executive Council. The Exhibition was held in South Kensington, on a site between the Royal Albert Hall and the newly-opened Natural History Museum, on land which is now occupied by Imperial College of Science and Technology. Four million people visited the Exhibition between 8 May and 30 October 1884 (http://blogs.lshtm.ac.uk/library/2016/07/07/international-health-exhibition-1884/)