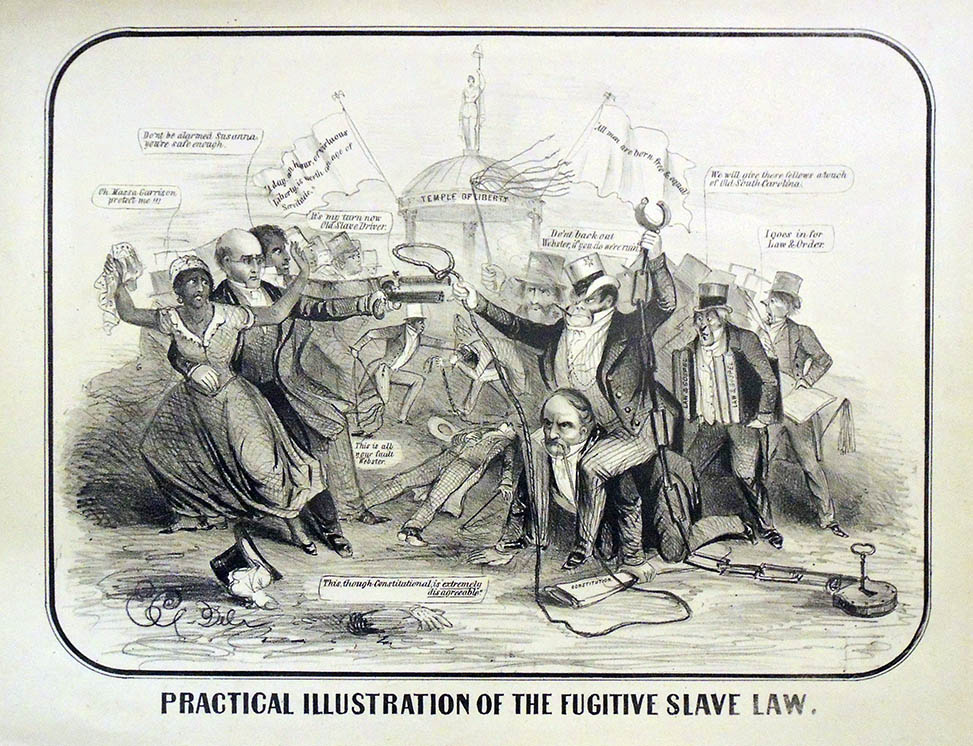 The Fugitive Slave Act of 1850 was designed to make it easier for owners of enslaved men and women to recapture those persons who escaped to the North. It affirmed that “fugitive slaves” were the owner’s property and could be redeemed anywhere in the free states. This satirical print, produced in Boston around 1850-51, illustrates the antagonism between Northern abolitionists on the left and supporters of the Fugitive Slave Act, including Daniel Webster (1782-1852) on the right.

Abolitionist William Lloyd Garrison (1805-1879) holds a formerly enslaved woman in one arm and points a pistol toward a burly “slave catcher” on the back of Webster. The slave catcher represents the federal marshals or commissioners authorized by the act to apprehend and return escaped persons to their so-called owners. 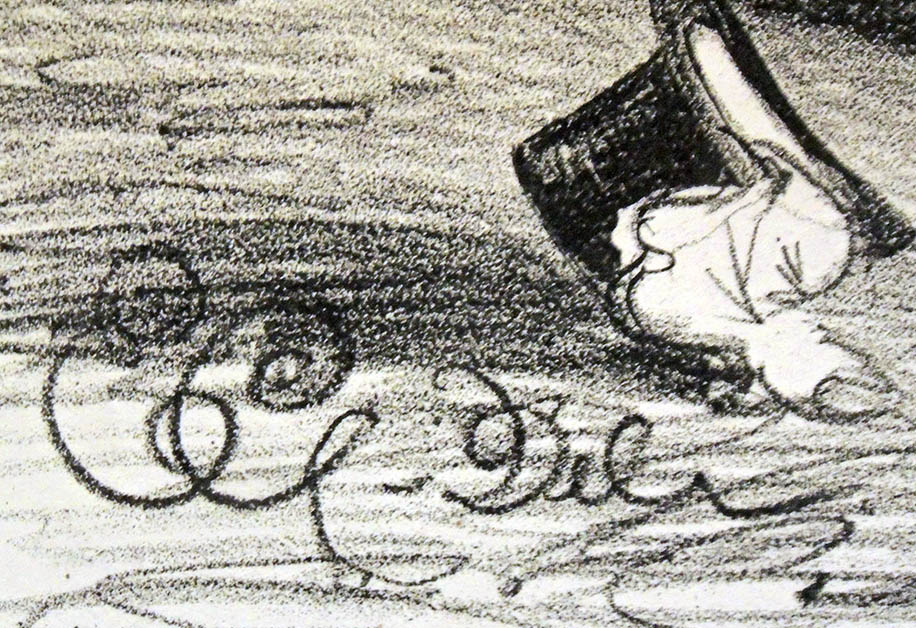 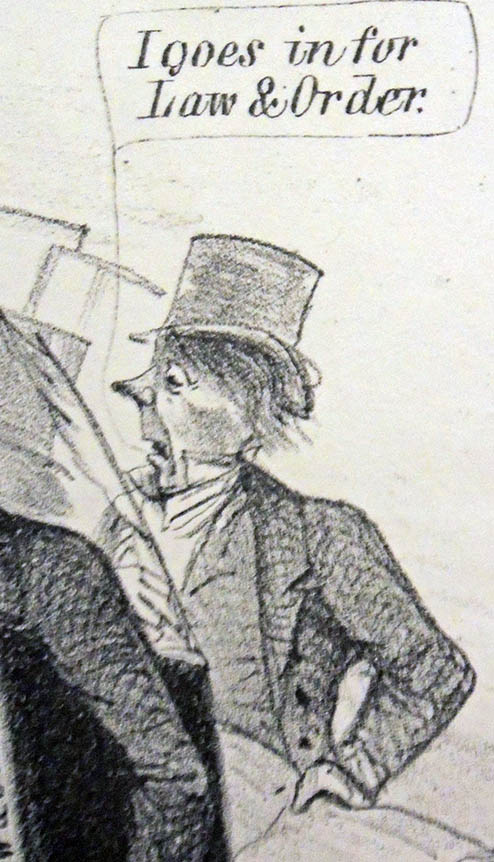 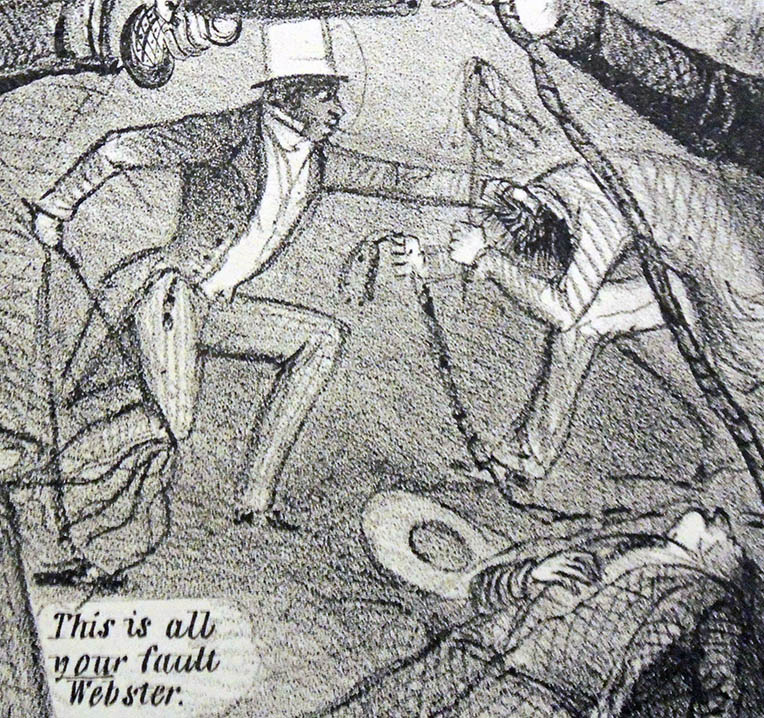 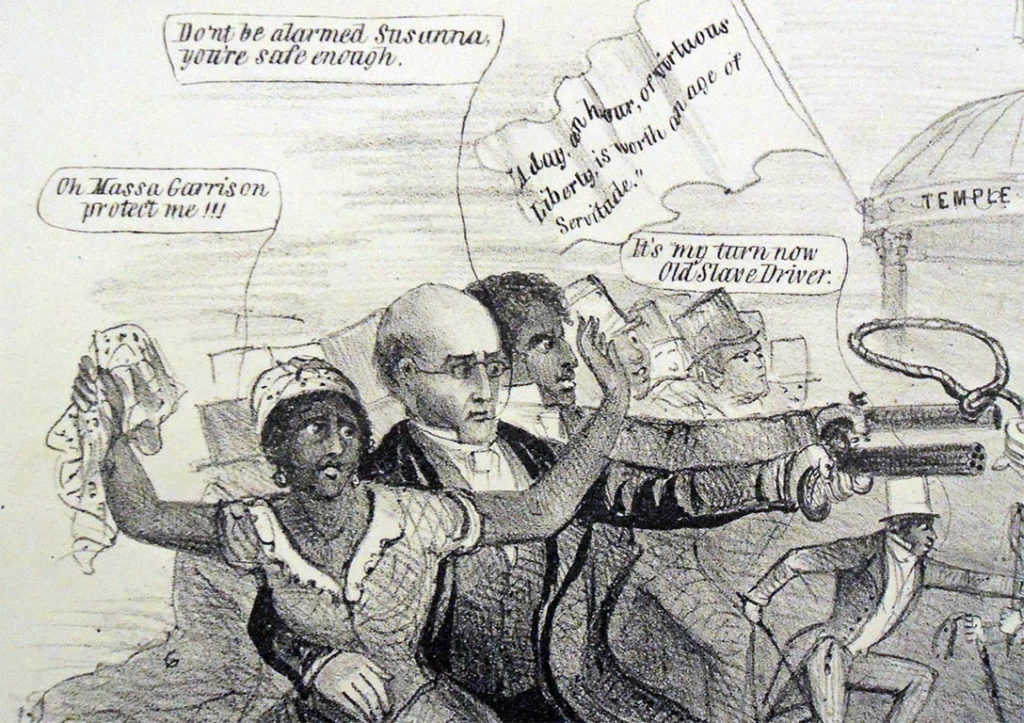 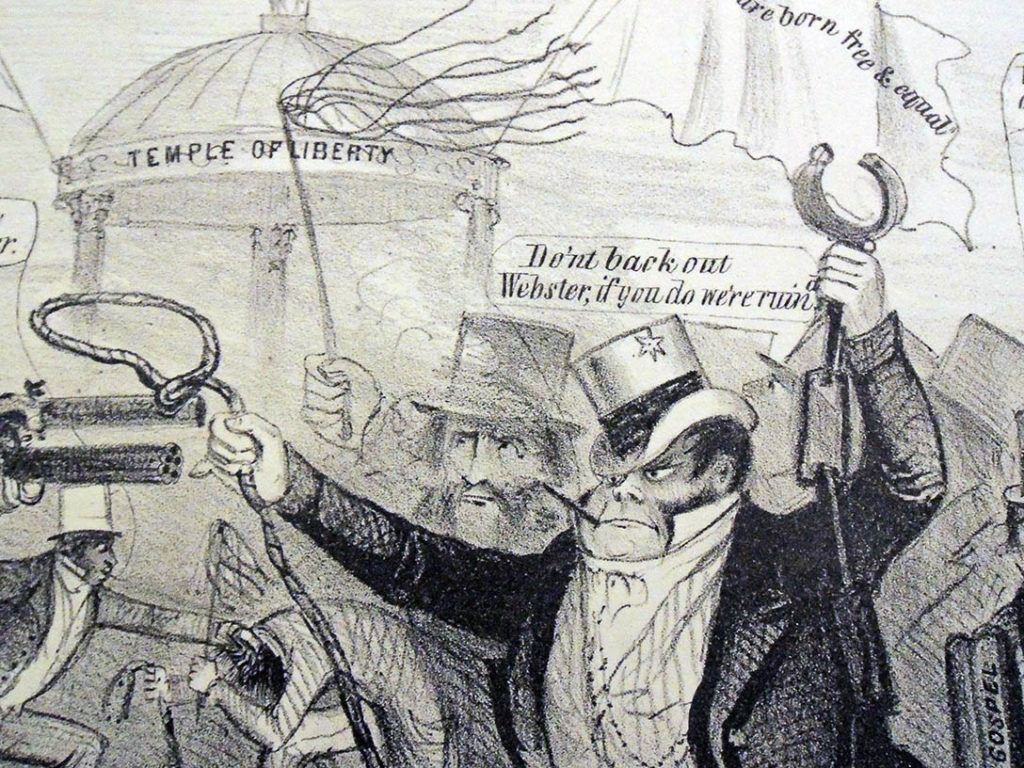 Section 6: And be it further enacted, That when a person held to service or labor in any State or Territory of the United States, has heretofore or shall hereafter escape into another State or Territory of the United States, the person or persons to whom such service or labor may be due, or his, her, or their agent or attorney, duly authorized, by power of attorney, in writing, acknowledged and certified under the seal of some legal officer or court of the State or Territory in which the same may be executed, may pursue and reclaim such fugitive person, either by procuring a warrant from some one of the courts, judges, or commissioners aforesaid, of the proper circuit, district, or county, for the apprehension of such fugitive from service or labor, or by seizing and arresting such fugitive, where the same can be done without process, and by taking, or causing such person to be taken, forthwith before such court, judge, or commissioner, whose duty it shall be to hear and determine the case of such claimant in a summary manner; and upon satisfactory proof being made, by deposition or affidavit, in writing, to be taken and certified by such court, judge, or commissioner, or by other satisfactory testimony, duly taken and certified by some court, magistrate, justice of the peace, or other legal officer authorized to administer an oath and take depositions under the laws of the State or Territory from which such person owing service or labor may have escaped, with a certificate of such magistracy or other authority, as aforesaid, with the seal of the proper court or officer thereto attached, which seal shall be sufficient to establish the competency of the proof, and with proof, also by affidavit, of the identity of the person whose service or labor is claimed to be due as aforesaid, that the person so arrested does in fact owe service or labor to the person or persons claiming him or her, in the State or Territory from which such fugitive may have escaped as aforesaid, and that said person escaped, to make out and deliver to such claimant, his or her agent or attorney, a certificate setting forth the substantial facts as to the service or labor due from such fugitive to the claimant, and of his or her escape from the State or Territory in which he or she was arrested, with authority to such claimant, or his or her agent or attorney, to use such reasonable force and restraint as may be necessary, under the circumstances of the case, to take and remove such fugitive person back to the State or Territory whence he or she may have escaped as aforesaid. In no trial or hearing under this act shall the testimony of such alleged fugitive be admitted in evidence; and the certificates in this and the first [fourth] section mentioned, shall be conclusive of the right of the person or persons in whose favor granted, to remove such fugitive to the State or Territory from which he escaped, and shall prevent all molestation of such person or persons by any process issued by any court, judge, magistrate, or other person whomsoever.