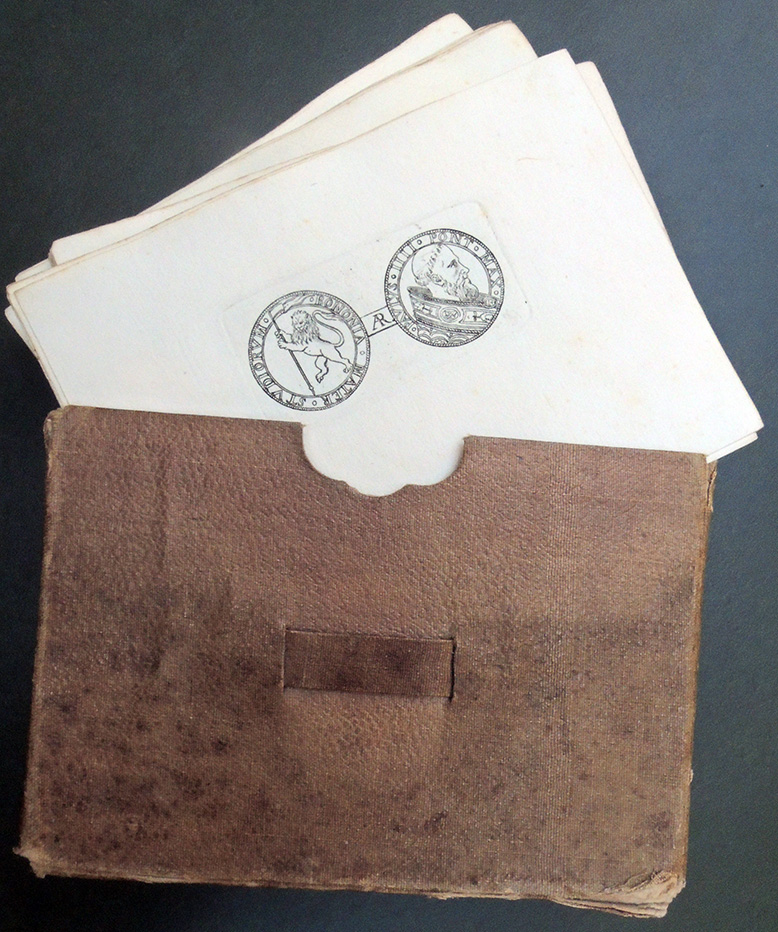 A curious collection of proof etchings of coins and medals from the fourteenth to the seventeenth centuries from the Papal mint of Bologna, with a few coins depicting ‘temporal’ rulers such as Giovannni II Bentivoglio of Bologna, Giovanni Sforza (first husband of Lucrezia Borgia), and Charles V, the great enemy of the Papacy.

The manuscript notes that accompany a few of the plates, referring to books or noting prices, might suggest that the etchings were produced to document a private collection. It is also possible that these were proof etchings for a publication on the subject, although no numismatic reference book with such illustrations has been found. 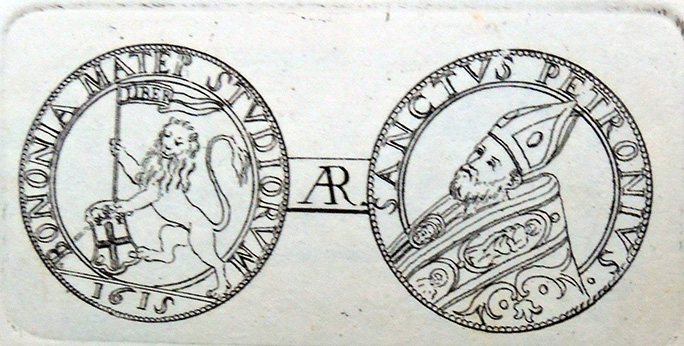 “The mint of the Emperor Henry VI was established at Bologna in 1194, and nearly all of the coins struck there bear the motto BONONIA DOCET, or BONONIA MATER STUDIORUM. The baiocchi of Bologna were called bolognini; the gold bolognino was equivalent to a gold sequin. The lira, also a Bolognese coin, was worth 20 bolognini. These coins were struck in the name of the commune; it is only from the time when Bologna was recovered by the Holy See, under Clement VI, that Bolognese coins may be regarded as papal.”–http://www.newadvent.org/cathen/10334a.htm 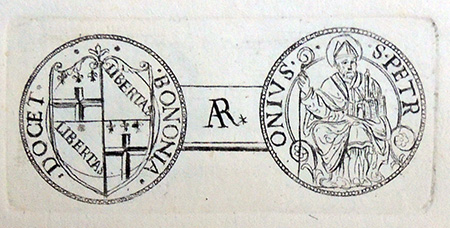 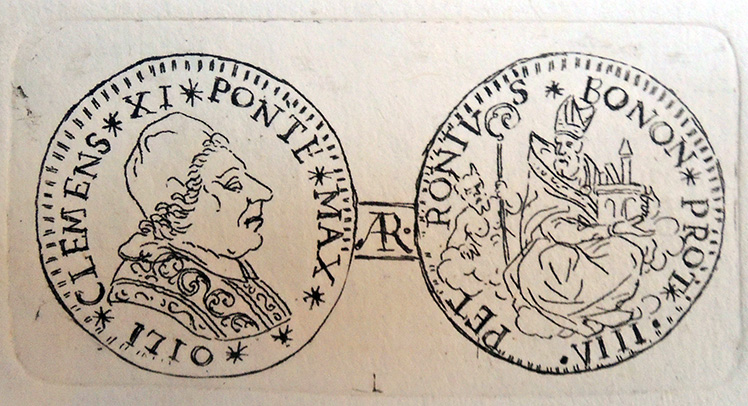 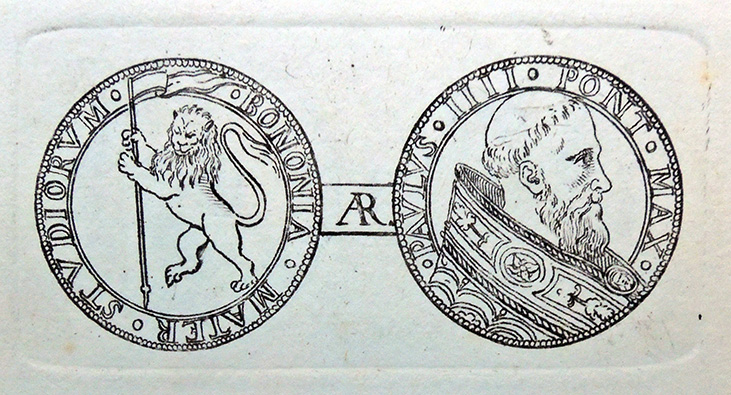 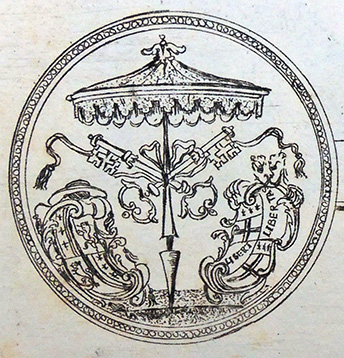 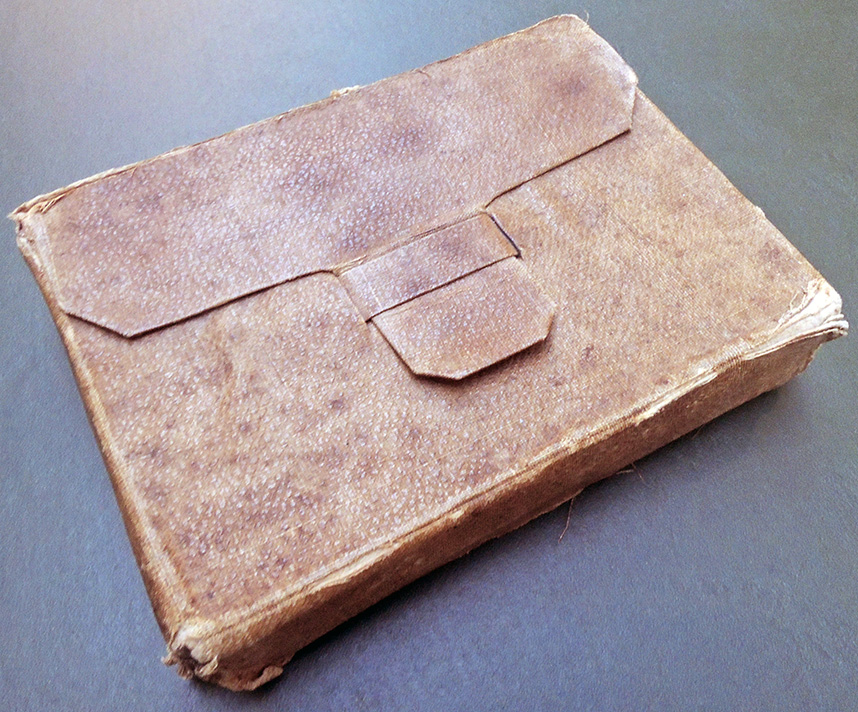