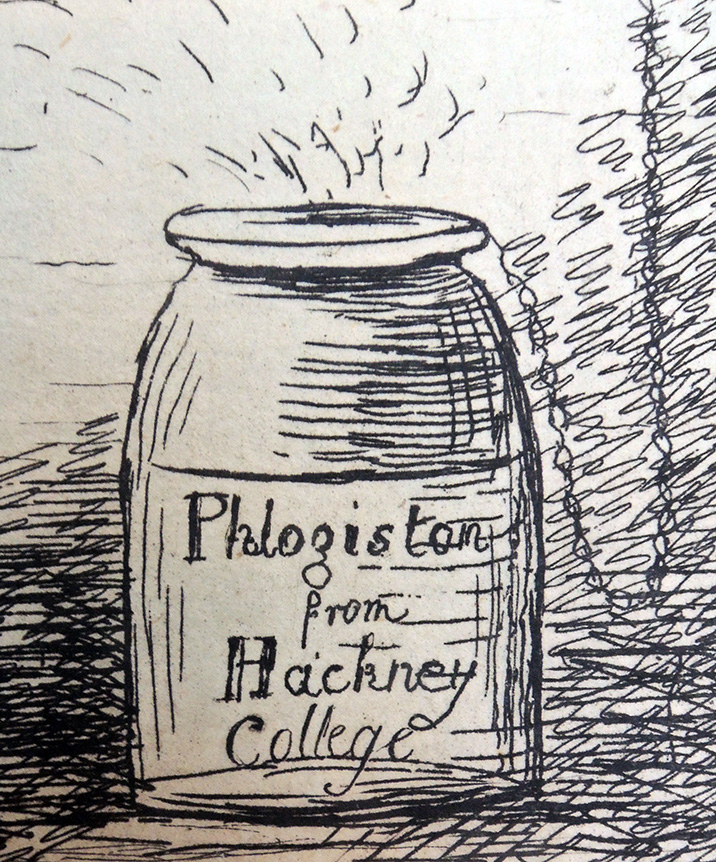 Johann J. Beecher believed in a substance called phlogiston. When a substance is burned, phlogiston was supposedly added from the air to the flame of the burning object. In some substances, a product is produced. For example, calx of mercury plus phlogiston gives the product of mercury.

Joseph Priestley heated calx of mercury, collected the colorless gas and burned different substances in this colorless gas. Priestley called the gas “dephlogisticated air” but it was actually oxygen. It was Antoine Lavoisier who disproved the Phlogiston Theory. He renamed the “dephlogisticated air” oxygen when he realized that the oxygen was the part of air that combines with substances as they burn. Because of Lavoisier’s work, Lavoisier is now called the “Father of Modern Chemistry”.–http://www.columbia.edu/itc/chemistry/chem-c2507/navbar/chemhist.html 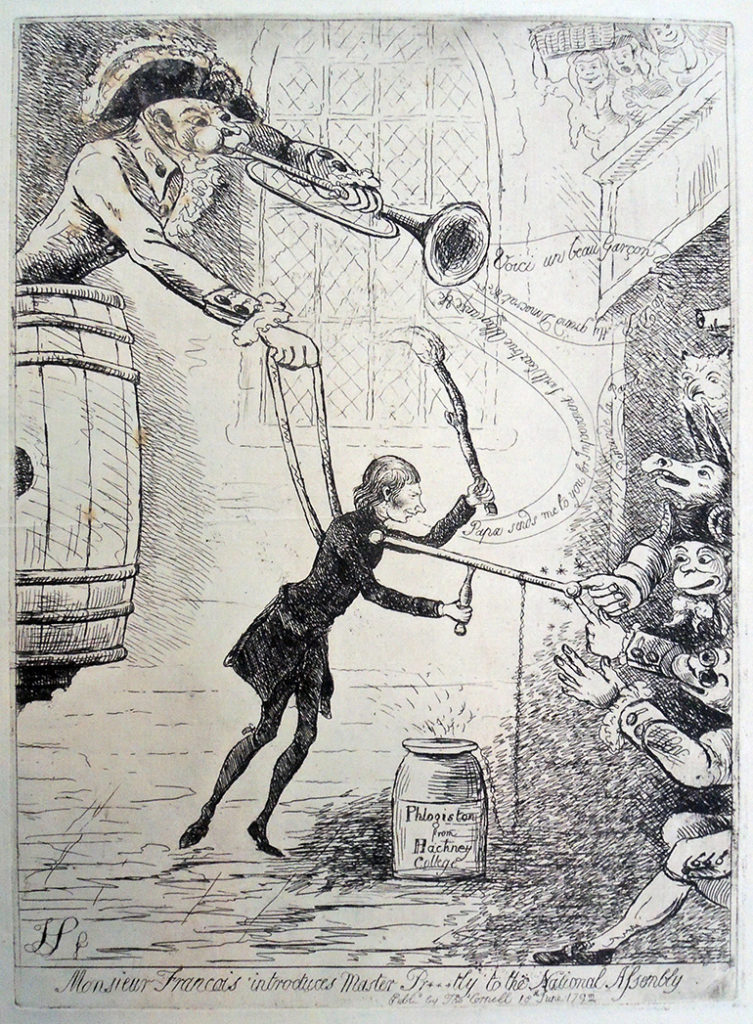 In July 1791, while living in Birmingham, Dr Joseph Priestley (1733-1804) and his friends arranged to have a celebratory dinner on the anniversary of the storming of the Bastille. British rioters gathered outside the hotel and attacked attendees as they left. Priestley and his wife escaped but their home was burned down and their possession destroyed. The Priestleys eventually settled in Hackney, where he gave a series of lectures on history and natural philosophy. Read more: http://www.bl.uk/learning/histcitizen/21cc/utopia/methods1/priestley1/priestley.html

Multiple British caricatures were published against Priestley, making life in England became more and more difficult. On June 8, 1792, his son William was presented to the French Assembly and granted letters of naturalization. Dr. Priestley was granted French citizenship in August and in September, elected to the French National Convention although he declined the position. Ultimately, he and his family left England for the United States.

Sayers’s print is set inside the hall of the French National Assembly, whose members are depicted with animal heads. On the top left Nicolas Louis François de Neufchâteau (1750-1828) pulls the strings attached to William Priestley as he is presented to the Assembly. Young Priestley holds an electrical rod to shock the Assembly members sending sparks into a jar inscribed “Phlogiston from Hackney College.”

For more about Priestley and dephlogisticated air, see: https://www.acs.org/content/acs/en/education/whatischemistry/landmarks/josephpriestleyoxygen.html 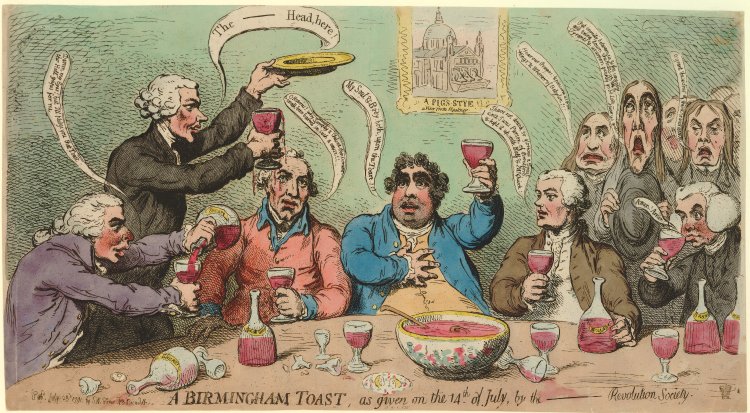 See also James Gillray, A Birmingham toast, as given on the 14th of July, by the Revolution Society, 1791. Dr. Priestley seen standing to give the toast.