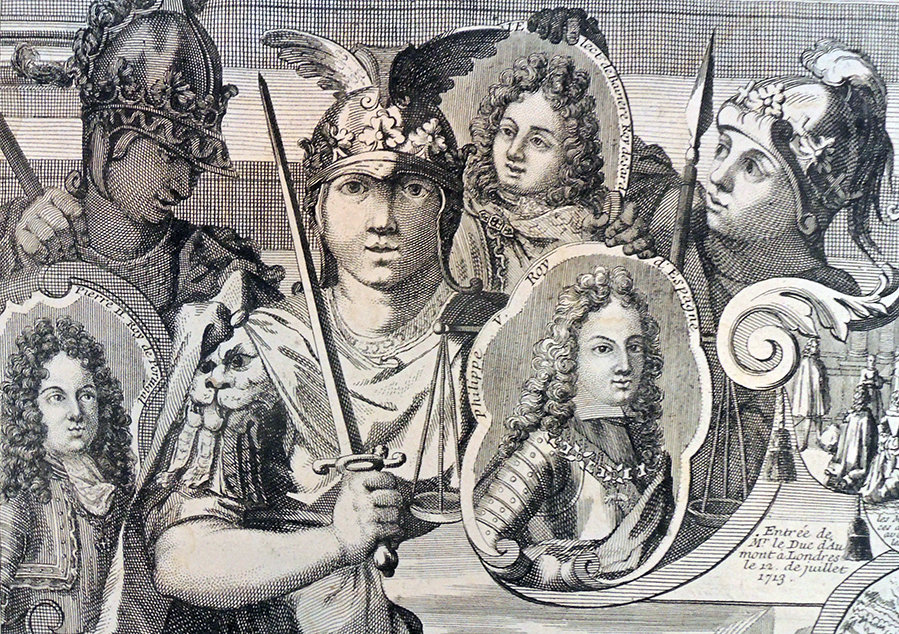 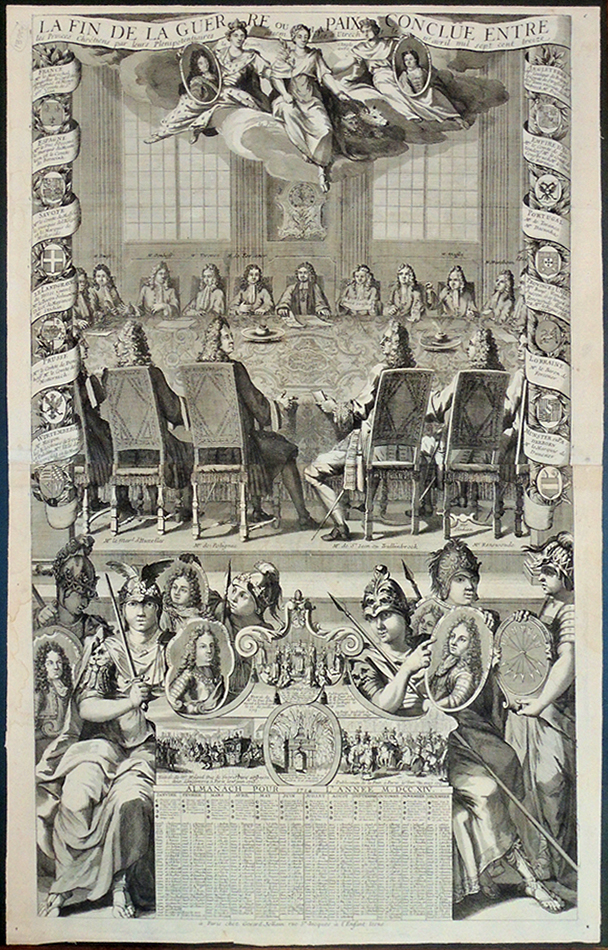 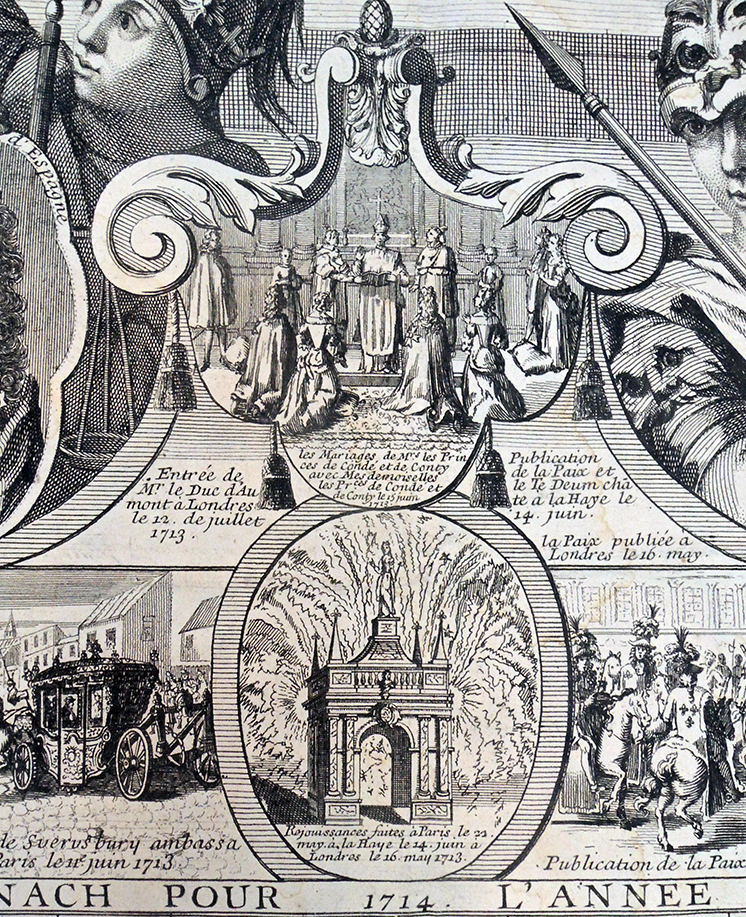 The Graphic Arts Collection recently acquired two French almanach prints, the first of which is shown here. Thanks to curator Rachel Jacobs, Waddesdon Manor, and her exhibition “Glorious Years,” we know these almanacs were “created at speed, involving a team of artists, specialized engravers, poets, printers, and publishers. Printed in the thousands, they were relatively cheap and available to the middle classes. A calendar is essential for everyday life. …replaced annually [they] were not designed to last.”

During the height of their popularity, there may have been up to ten scenes published for a particular year by private presses, such as this one issued by the printer/publisher François Gérard Jollian (active 1684-1719). The scenes were sanctioned by the King to celebrate his victories. Here we see the signing of one of the treaties of Utrecht, also called Peace of Utrecht, which brought the War of the Spanish Succession (1701–1714) to an end.

By the treaty with Britain (April 11), France recognized Queen Anne as the British sovereign and undertook to cease supporting James Edward, the son of the deposed king James II. At the top of the print are three allegorical figures of peace holding portraits of King Louis XIV and Queen Anne. Three personifications of war are at the bottom holding portraits of the failed rulers. Note the fireworks in the center cartouche. Along the sides are detailed borders presenting twelve different seals of European nobility. 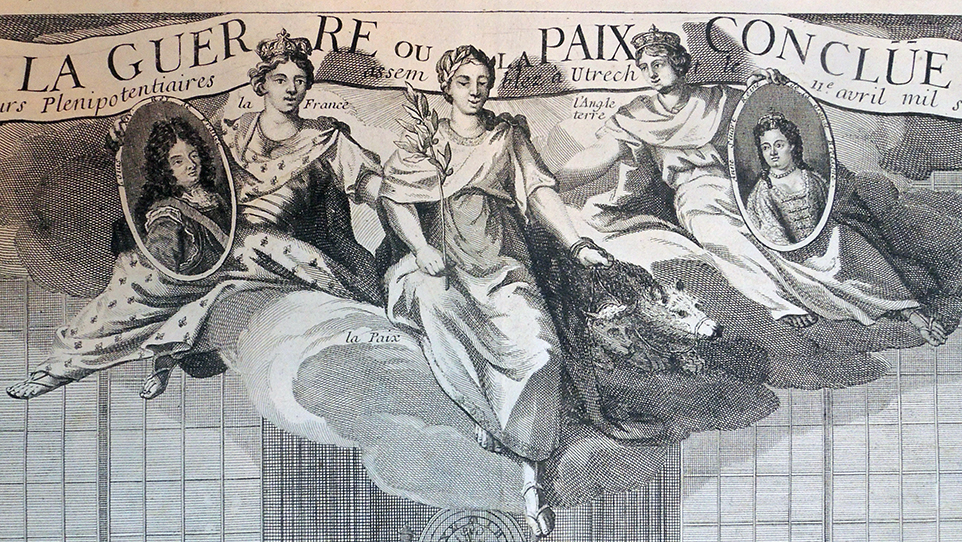 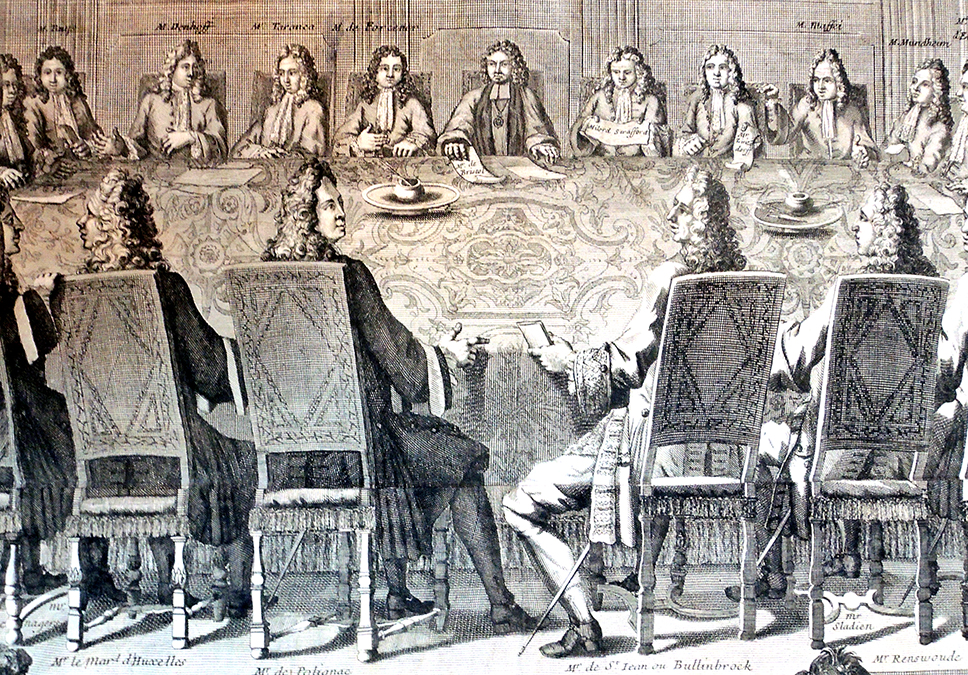 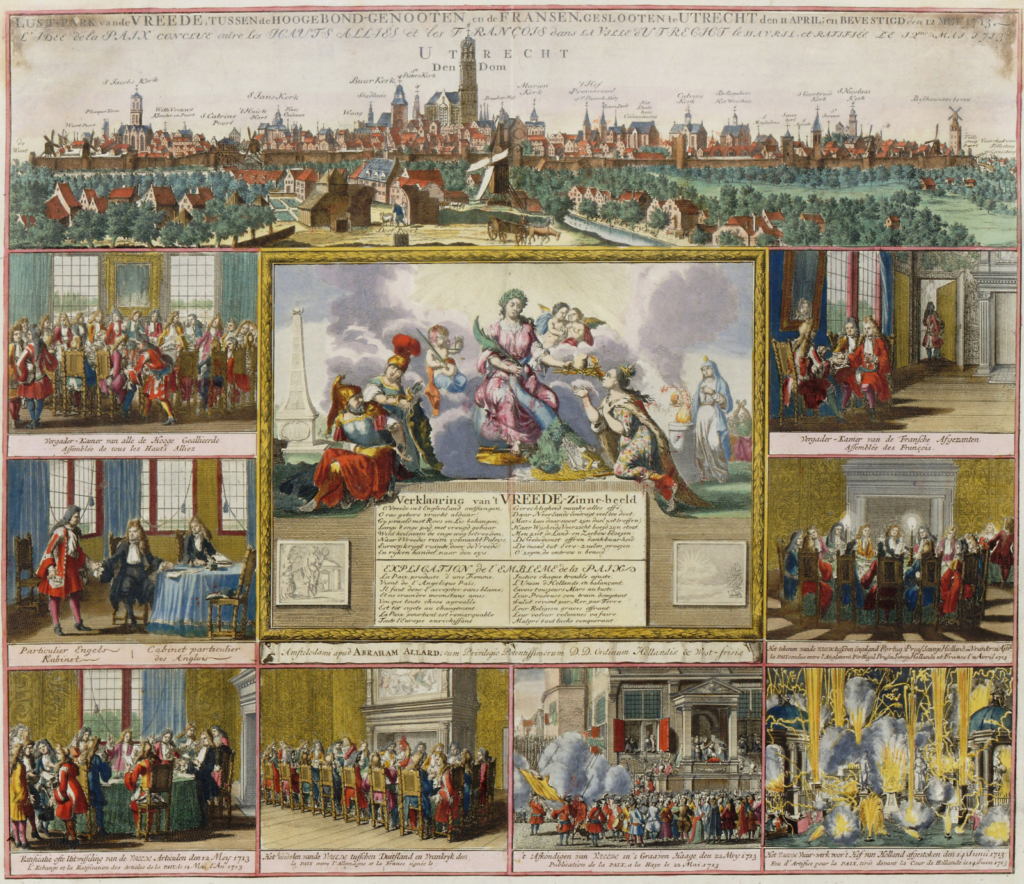