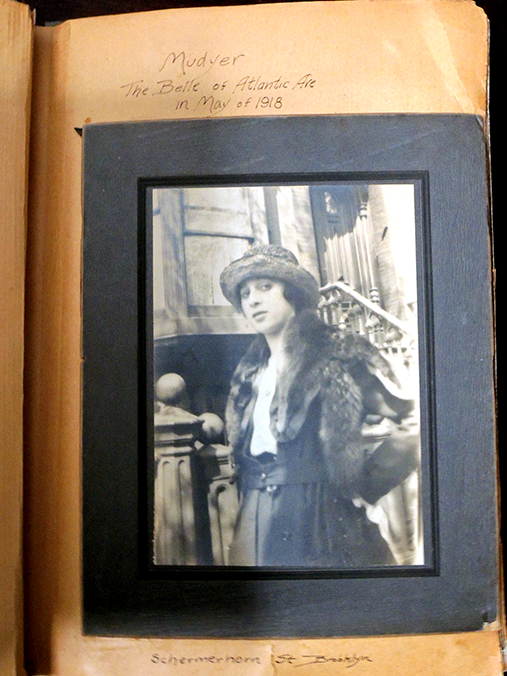 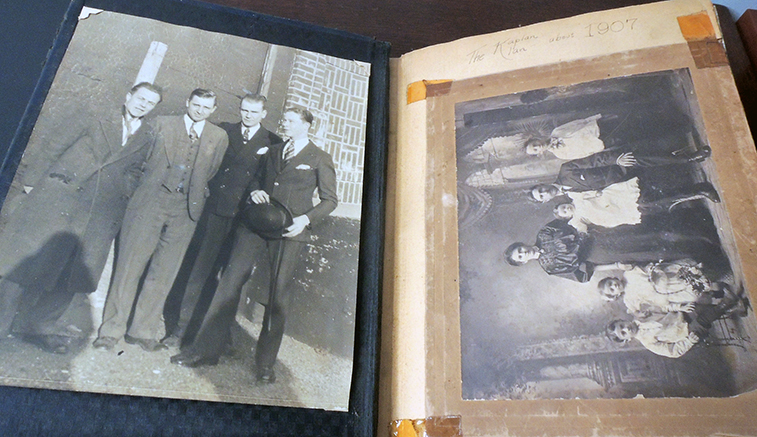 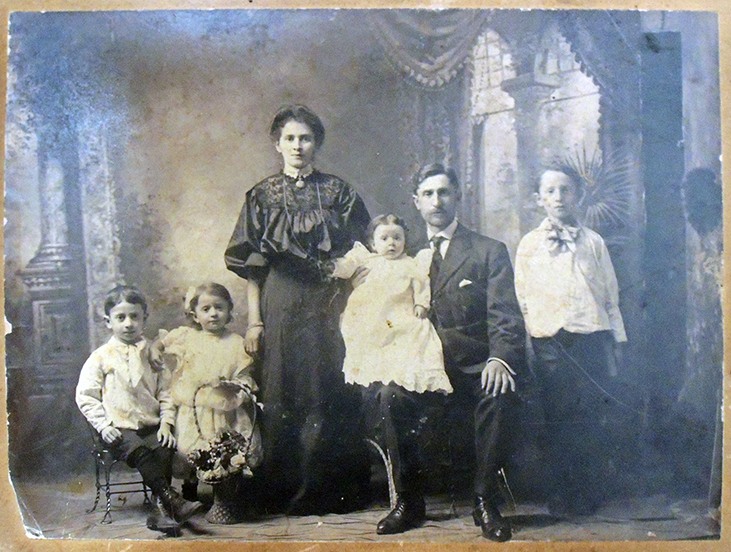 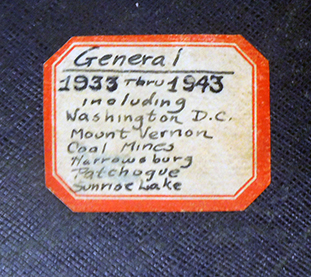 Photography album labels front and back 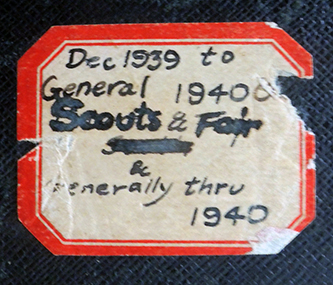 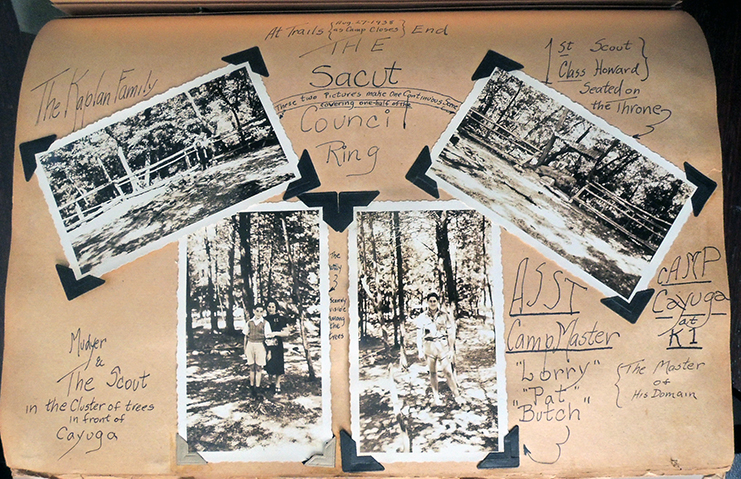 The scout attending camp above might be Howard E. Kaplan (born 1929) son of Jack Kaplan (born 1897), in Brooklyn, New York, related to Belle Kaplan on Henry Street, but the benefit of the album is not specific to one person or family. It presents a look into Jewish American family life in the 1930s and 1940s Brooklyn. The ‘Kaplan Klan’ lived together, worked together (at the Atlas Portland Cement company), and vacation together. Extensive handwritten captions are by a male family member and include a smattering of Yiddish. 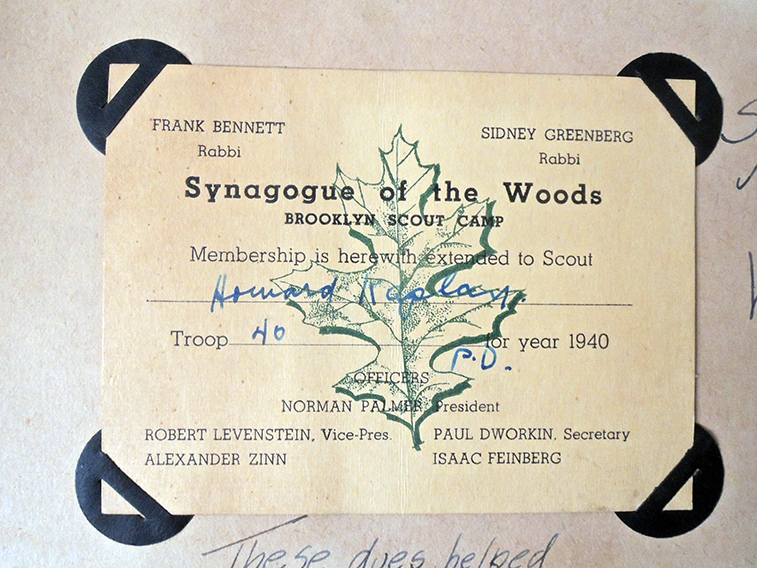 “By the middle of the 1920s, Scouting was growing at a tremendous pace. There were, at that time, living in the great city of New York men who were dreaming of vast unspoiled woodland acres as a solution to a problem which weighed heavily on their minds and hearts. This group was the Boy Scout Foundation of Greater New York, which was headed by a man of great foresight as well as an abundance of Boy Scout training. His name was Franklin Delano Roosevelt, who, in 1929, became Governor of New York State and eventually guided the destiny of the United States as President throughout the Depression era and World War II.”–Ten Mile River Scout Museum 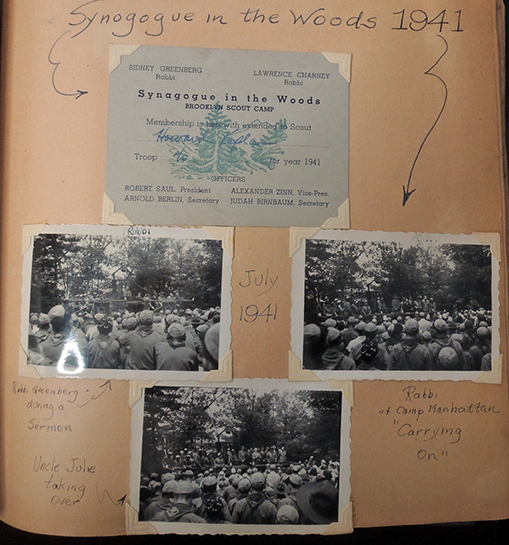 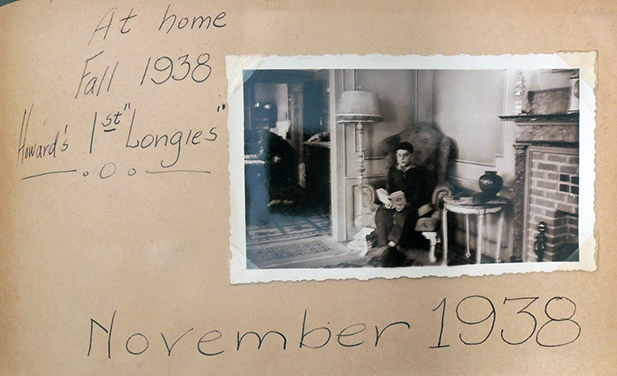 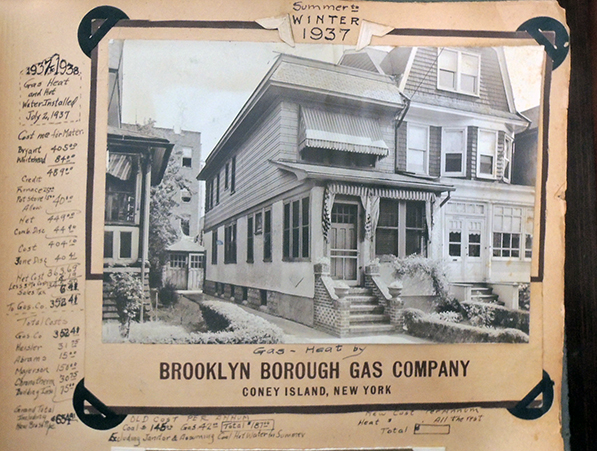 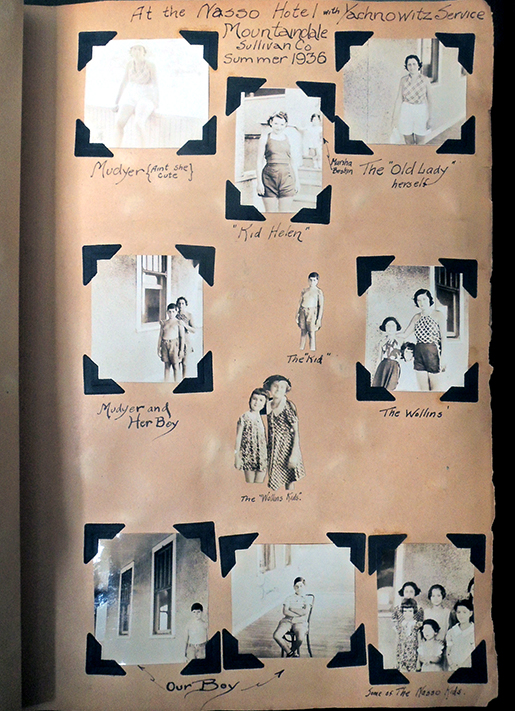 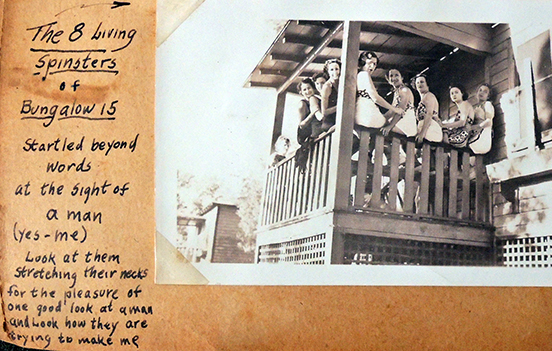 In August 1935, the family takes a sunny vacation to Sunrise Lake at Lewis Morris Park is just outside Morristown, NJ. The caption reads: “The 8 Living Spinsters of Bungalow 15, startled beyond words at the sight of a man (yes – me) Look at them stretching their necks for the pleasure of one good look at a man…” 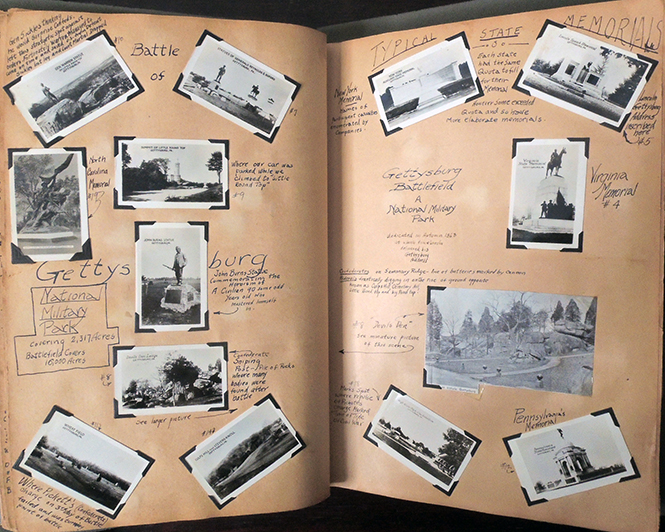 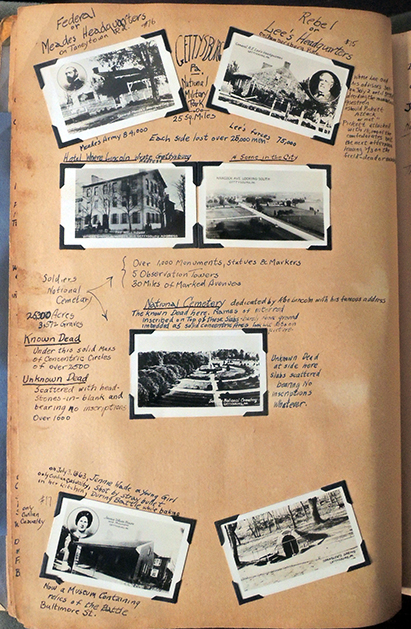 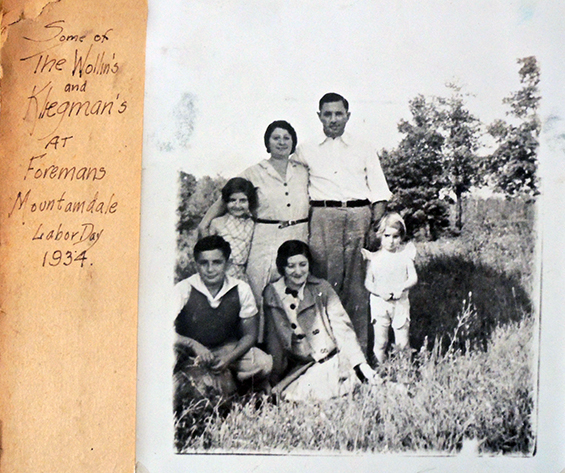 Mountaindale, NY, was one of many small towns in the Catskills that hosted summer camps where the entire family spent a month or two each year.

“At the turn of the 19th century the celebrated Jewish resort area started in the Sullivan and Ulster County Catskills. New Yorkers hungry for mountain air, good food and the American way of leisure came to the mountains by the thousands, and by the 1950s a half-million people each year inhabited the “summer world” of bungalow colonies, summer camps and small hotels. These institutions shaped American Jewish culture, enabling Jews to become more American while at the same time introducing the American public to immigrant Jewish culture. Home-grown Borscht Belt entertainment provided America with a rich supply of comedians, musicians and performers.

Legions of young men and women used the Catskills as a springboard to successful careers and marriages. The hotels and summer camps of the area provided jobs to thousands of college students who relied on their wages and tips to finance the education that would catapult them (or so they hoped) into the higher reaches of American society. We suspect that Richard Feynman, the Princeton physicist, was not the only Nobel Prize winner to bus tables in the Catskills.–https://www.brown.edu/Research/Catskills_Institute/hotelsbungalows.shtml