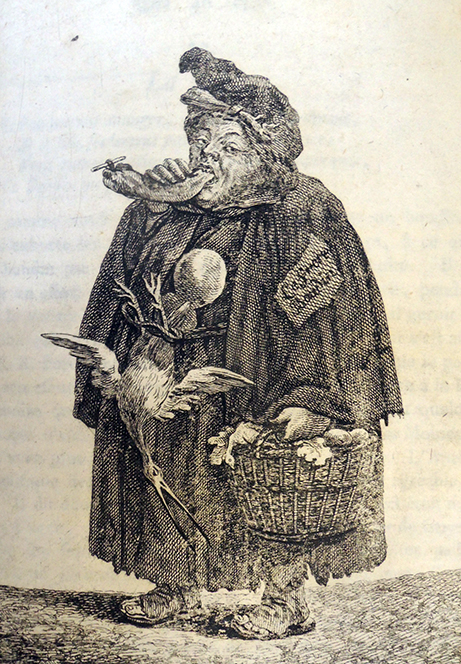 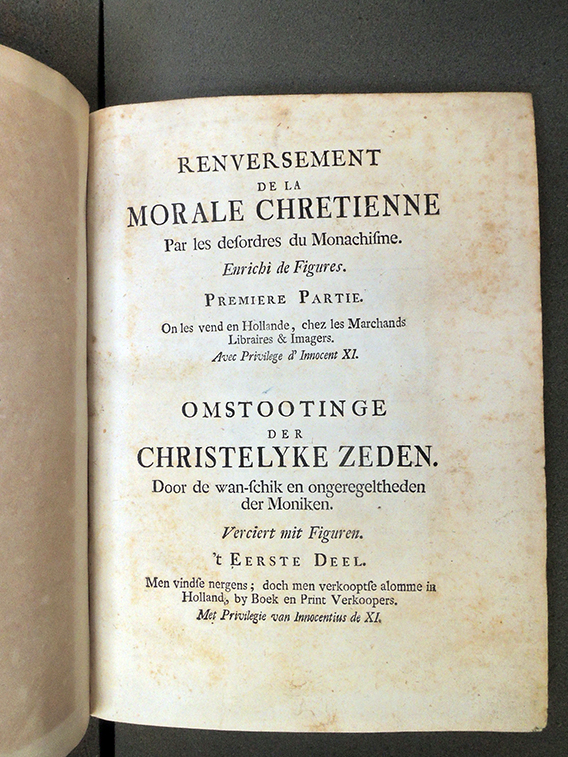 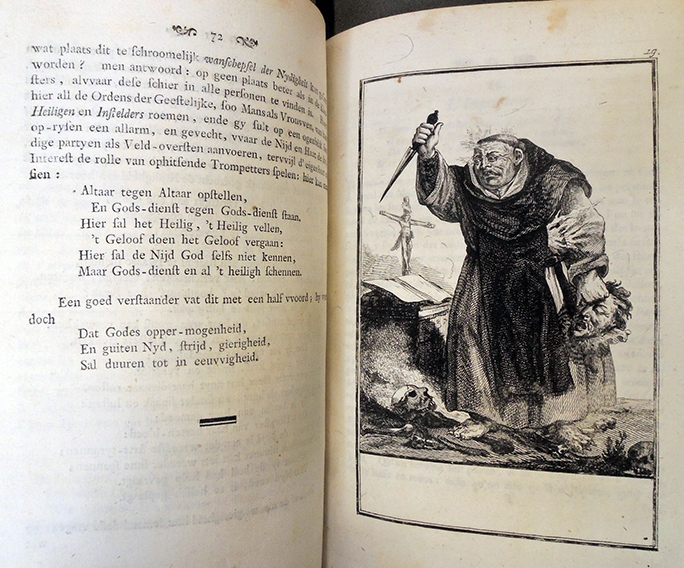 The plates have been attributed to or copied from Cornelis Dusart (1660-1704), although the frontispiece in this volume is engraved after Romeyn de Hooghe (1645-1708). Readers were delighted with these portraits of monks drinking and carrying on, which led to their reissue in both general trade and secret pirated editions for more than 100 years. It should be noted that the nuns present equally bad behavior and are rightfully caricatured alongside the priests. 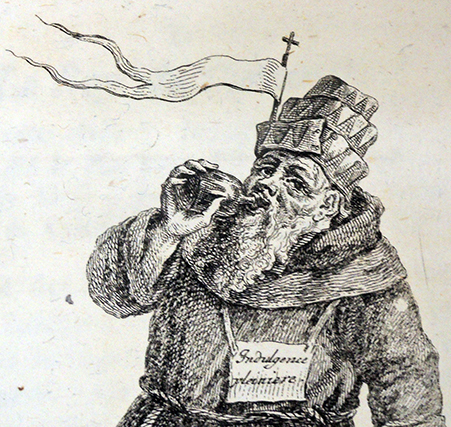 “The first twenty-five plates are prefaced by explanatory text in French and Dutch, the second twenty-five just by French verse. The second series is even more vicious than the first, depicting clerics with foxlike cunning, ready to cut a purse and appropriate money etc. They are listed under headings such as the Insatiable, the Cunning, the Seditious, the Idolator, the Superstitious, etc.” 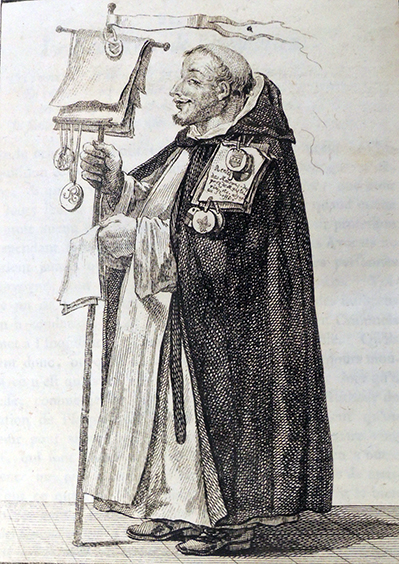 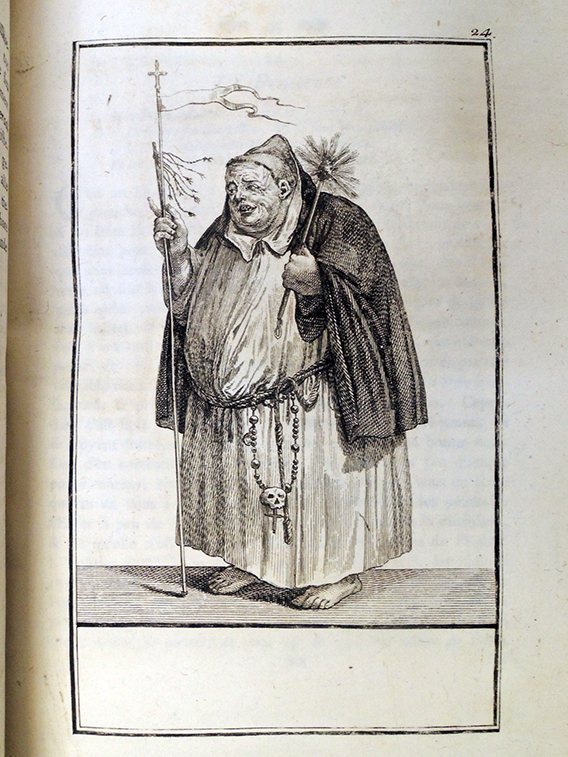 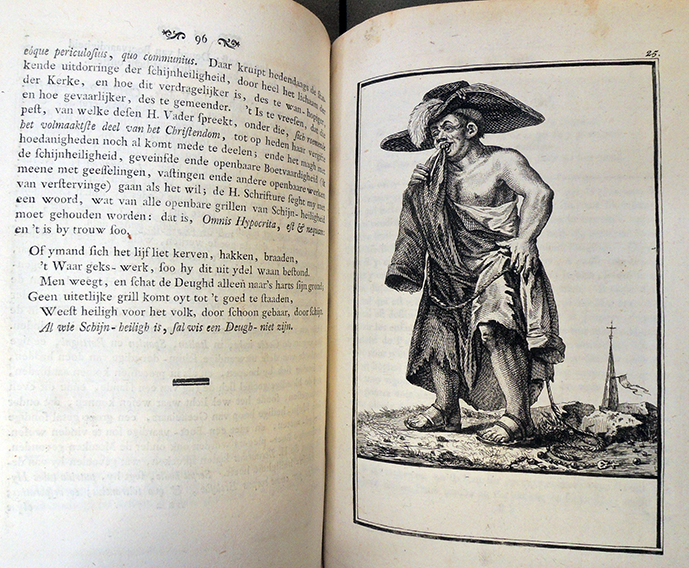 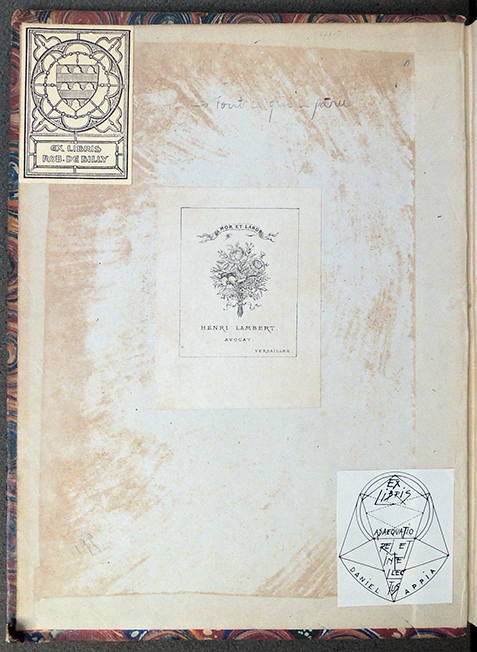 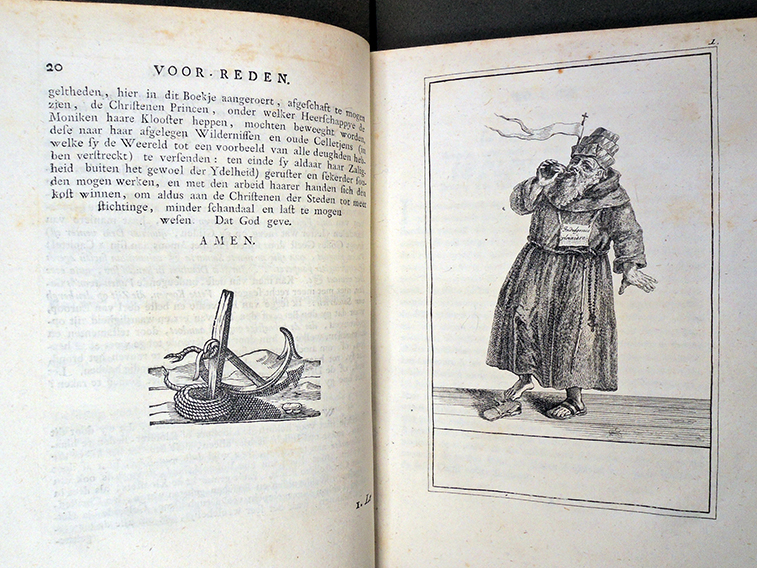 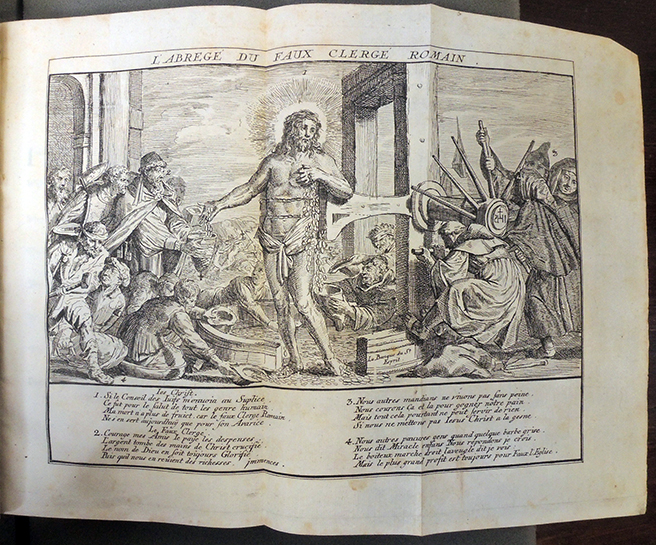