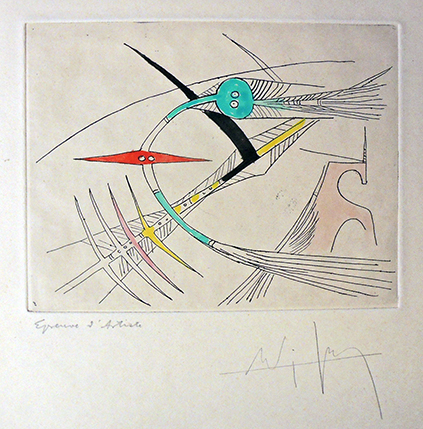 By the 1950s, Surrealism had run its course in New York and Berlin. In Paris, short-lived magazines such as Medium; Le Surréalisme, Même; and Bief continued to promote the work of Breton, Péret, Lam, Masson, Tanguy, Leonore Carrington and others.

Two small fine-press poetry volumes were published in 1958 under the Paris imprint Méconnaissance (Misunderstanding), presumably hoping to continue but finding these luxury publications too costly. The first was Ce château pressenti with poetry by Ghérasim Luca (1913-1994) and a frontispiece print by Victor Brauner (1903-1966). The second was La Rose et la Cétoine; La Nacre et le Noir, with poetry by Claude Tarnaud (1922-1991) and a frontispiece etching by Wifredo Lam (1902–1982).

The Graphic Arts Collection is fortunate to have added this publication, uncut, and with a hand colored etching by Lam. 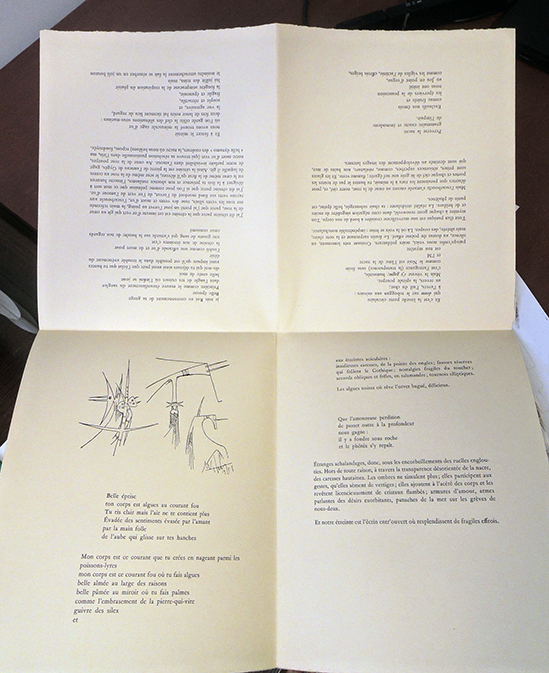 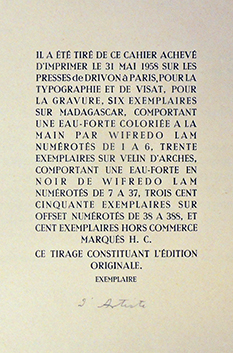 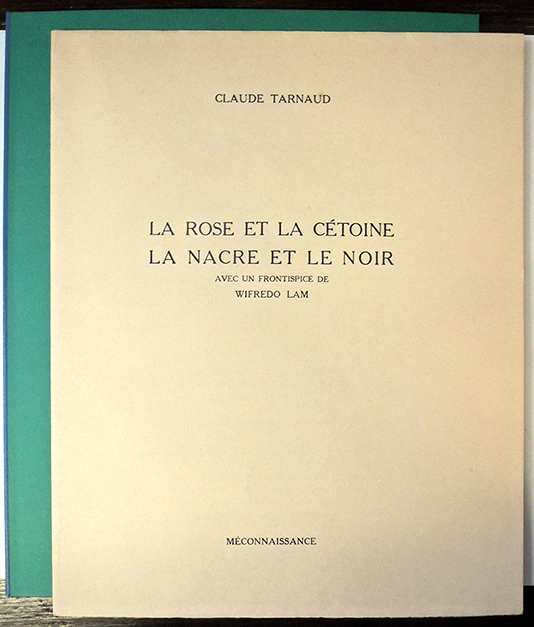