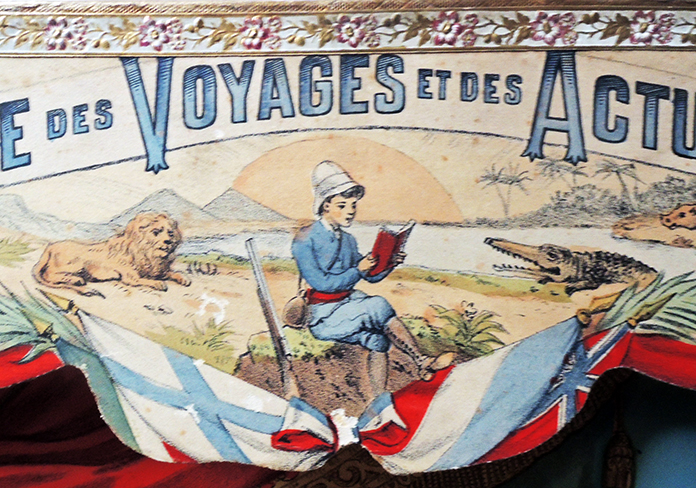 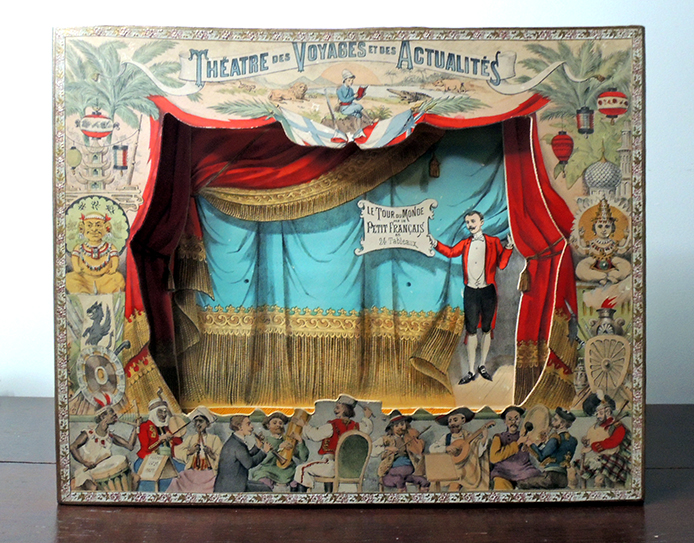 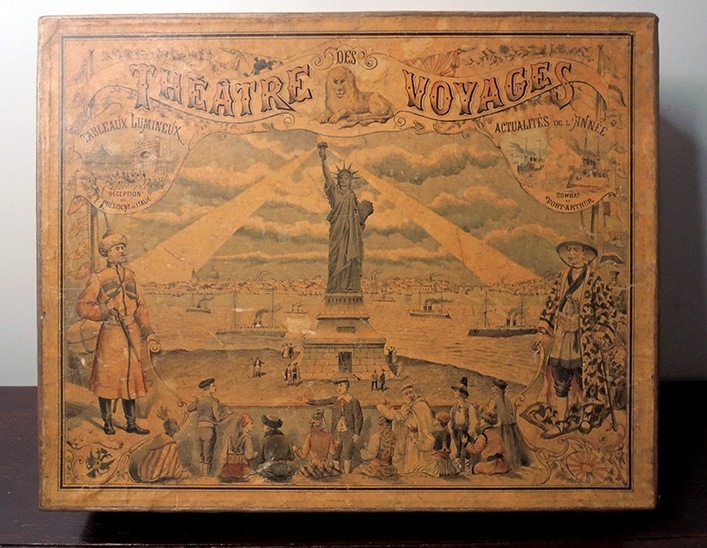 A recent search through our collections of paper theaters led to one particularly rare item in the Cotsen Children’s Library https://blogs.princeton.edu/cotsen/. A multi-media Théâtre des voyages, this home theater comes with a music box for sound to accompany a scrolling 17 foot vertical panorama with 24 lithographic scenes and titles on either end. The narrative takes a young French boy on a world tour from France to New York City, the Rocky Mountains, mining for gold in the Klondike, hunting with indigenous people in the mid-West and Alaska, attending a marriage in Peking, getting arrested in Bangkok, feasting in Benares, crossing the Siberian steppe and on to Moscow, being enslaved and sold by Tuaregs, escaping to ride the rapids of the Oubangi to Brazzaville, traveling through Africa to Algiers, Marseilles, and finally home. 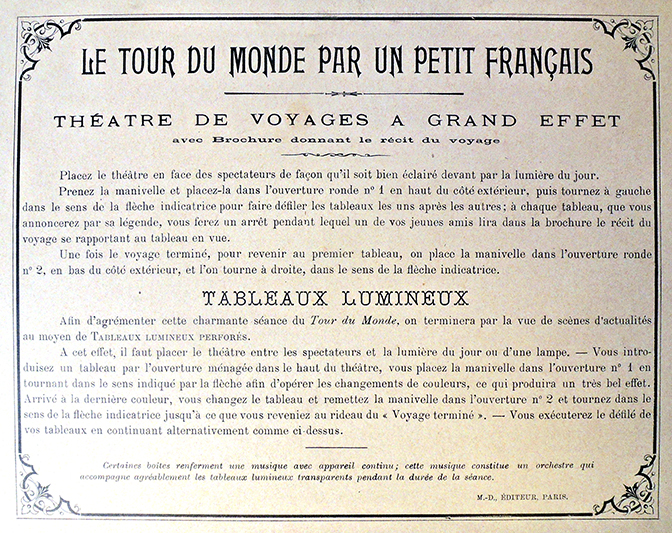 The toy theater was produced and sold by Mauclair-Dacier, who established his own business in 1887, which ran successfully through 1904 when he was taken over by JJF (Jeux et Jouets Français).

While many of the scenes are politically incorrect as might be expected of a 1905 toy, others are surprisingly egalitarian, such as the multi-racial orchestra playing below the proscenium arch throughout the entire show.

The rolling narrative is interrupted by sliding ‘tableaux lumineux’ (hold to light slides) mounted on wooden frames that slide through the top of the box and cover the scroll while it changes scene. Here are a few examples:. 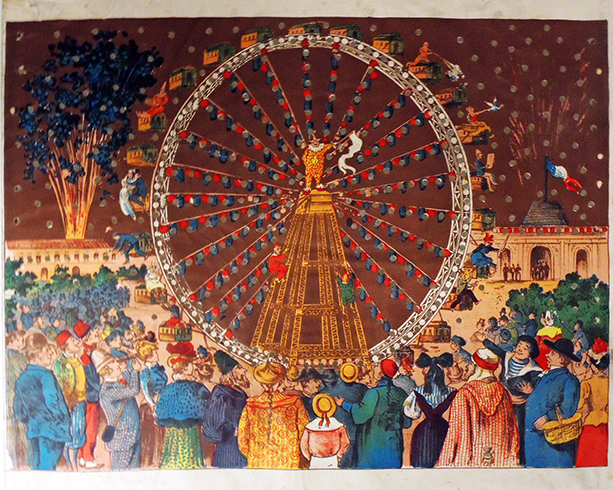 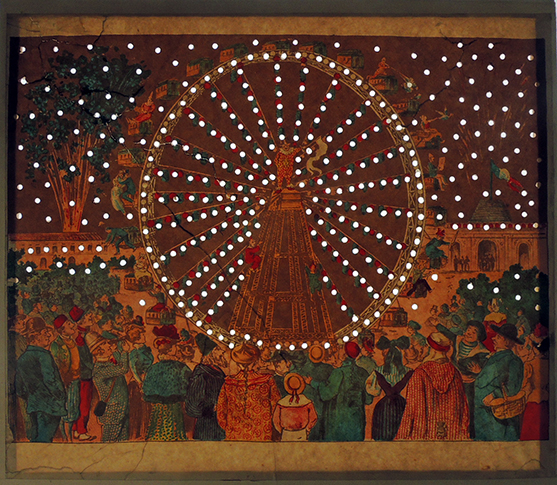 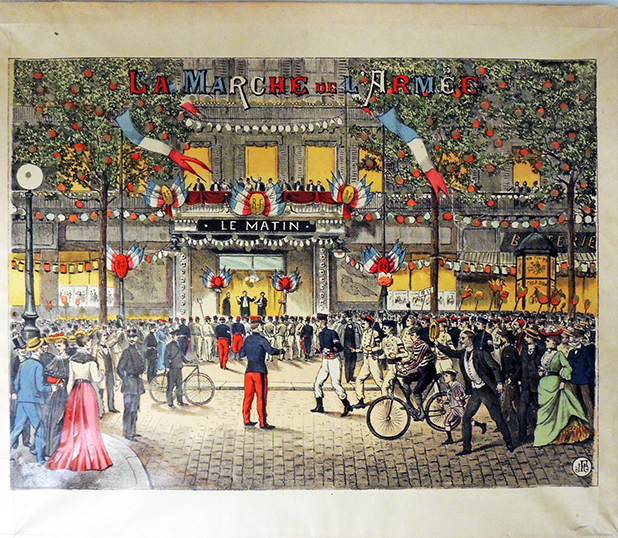 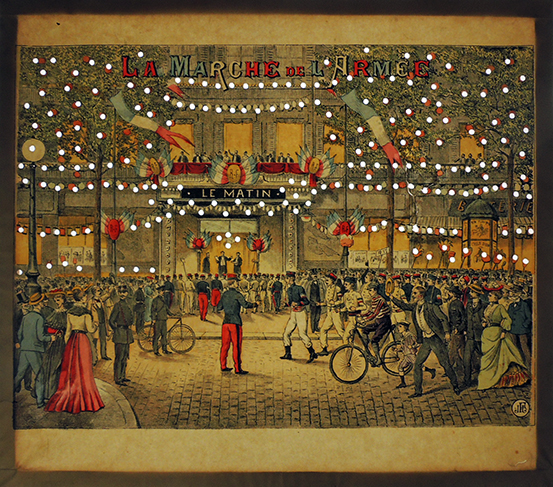 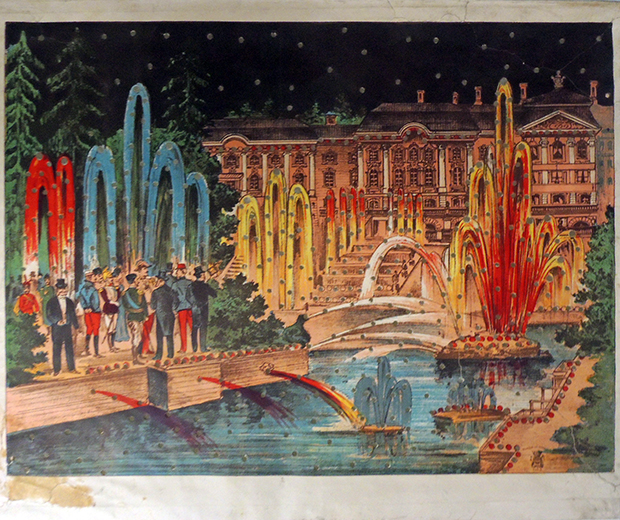 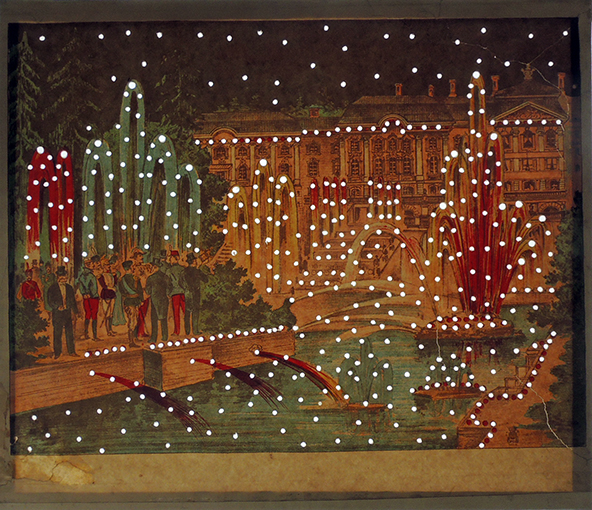 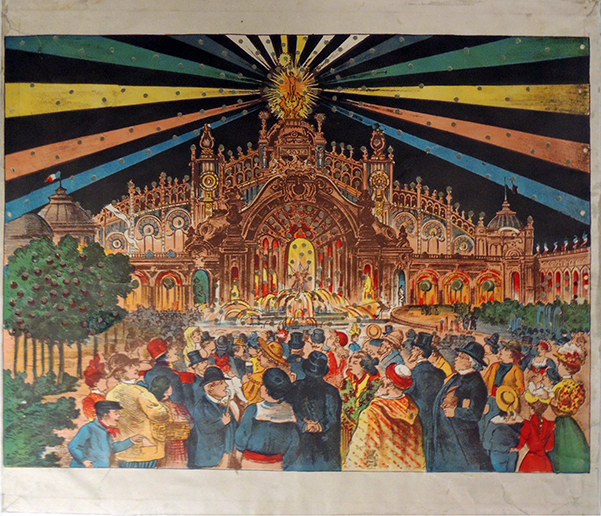 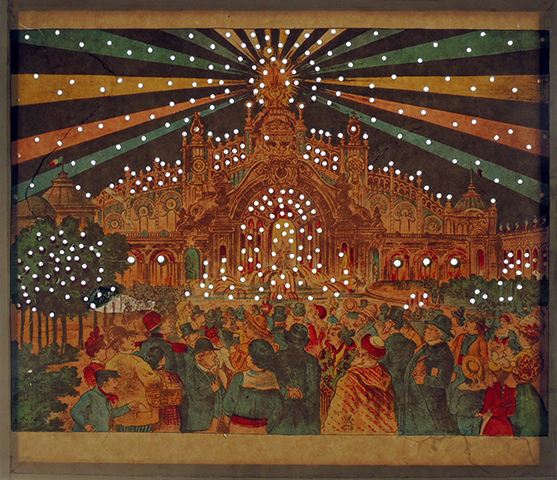 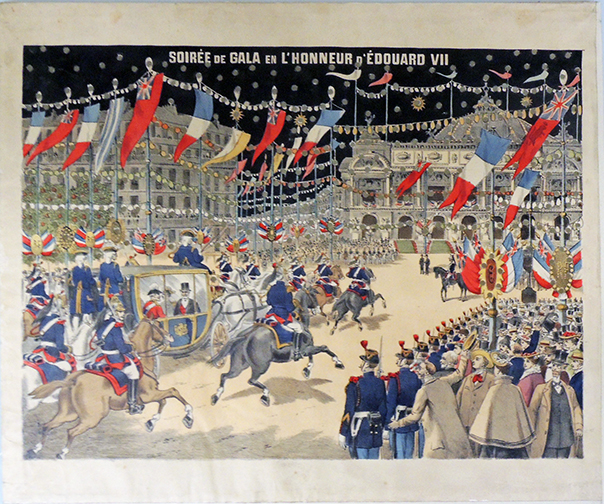 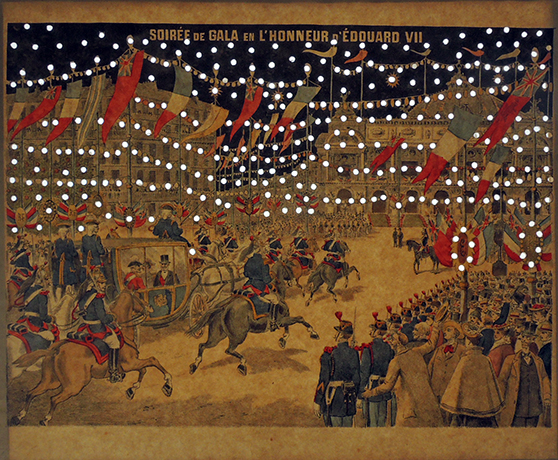 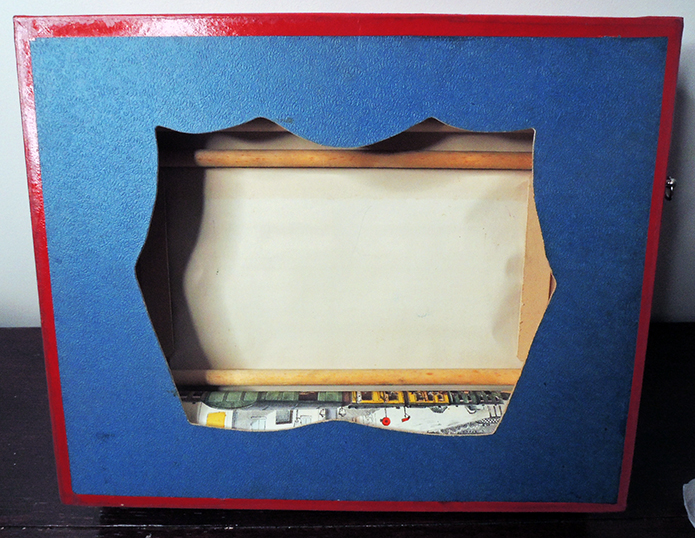 For other Cotsen treasures, see: https://blogs.princeton.edu/cotsen/.