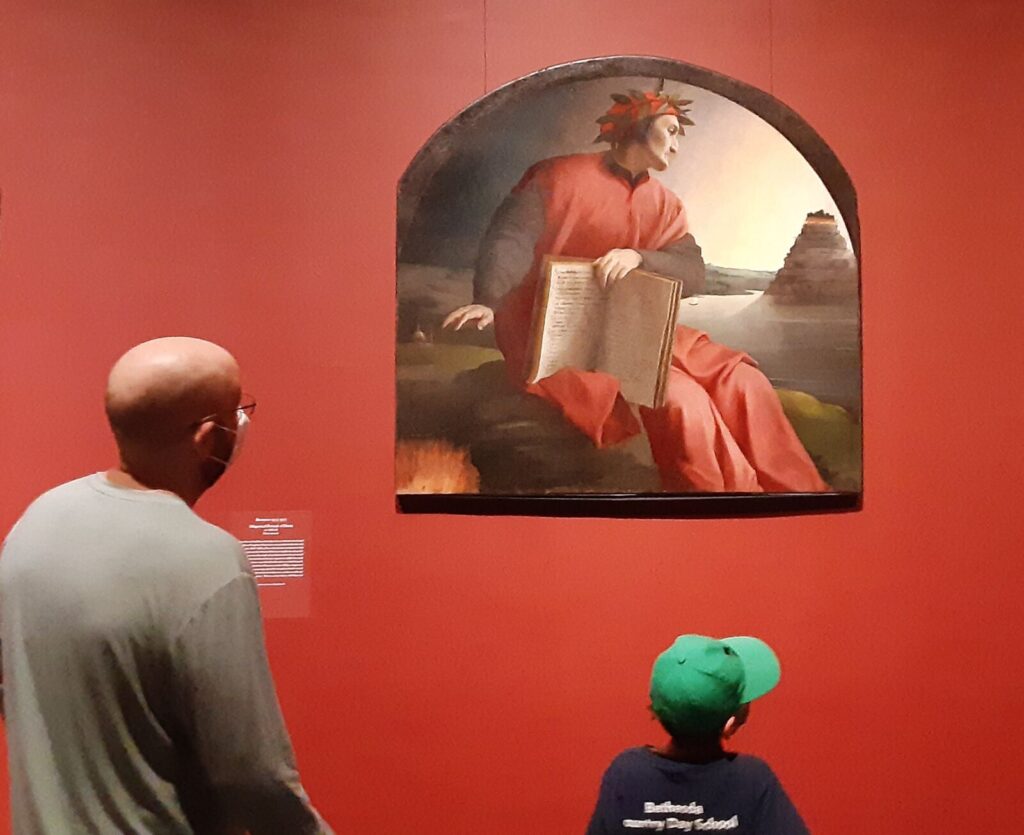 “2021 marks the 700th anniversary of the death of Dante Alighieri, author of the Divine Comedy and universally considered the father of the Italian language, who passed away on the night between the 13th and the 14th of September 1321″ = Dante 21. Don’t miss the opportunity to view Bronzino’s Allegorical Portrait of Dante at the Metropolitan Museum through October 11, 2021. https://www.metmuseum.org/primer/medici-portraits/get-lit 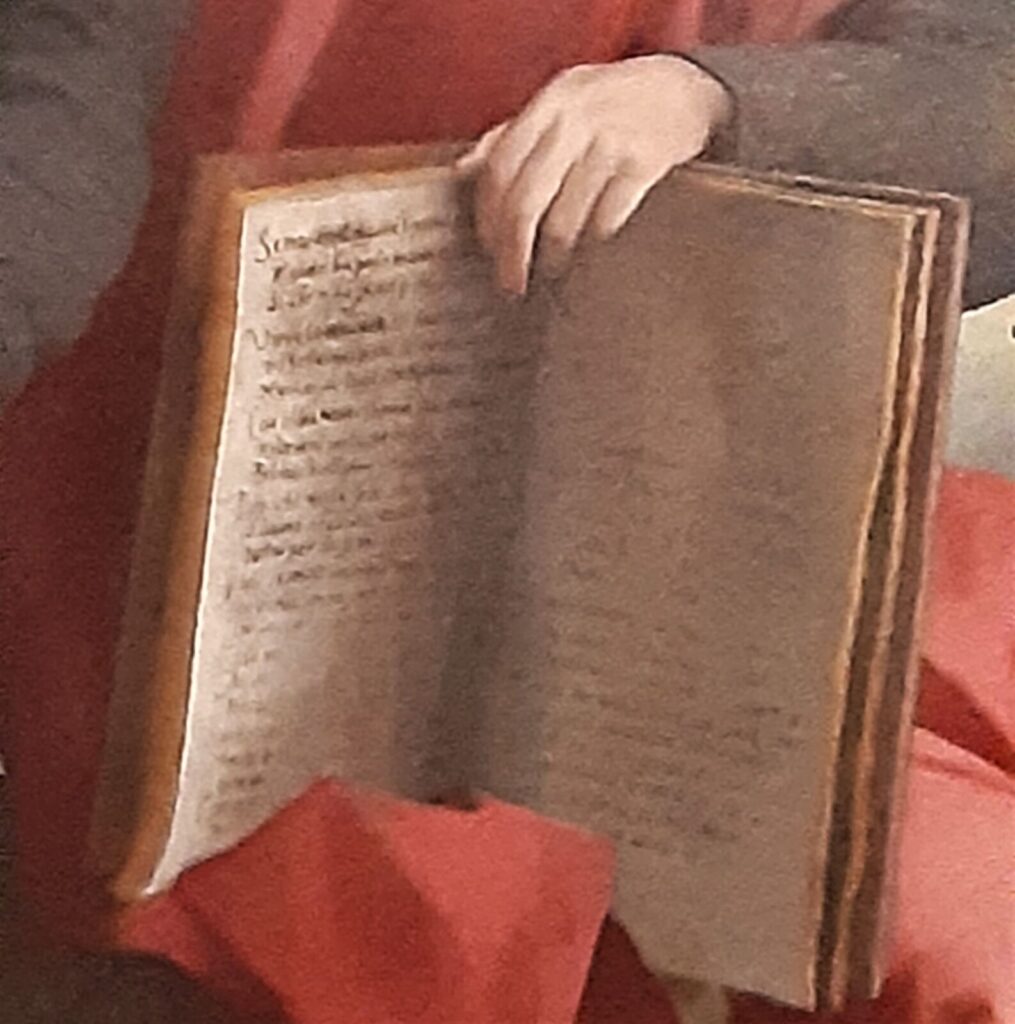 If it should happen . . . If this sacred poem—
this work so shared by heaven and by earth
that it has made me lean through these long years—
can ever overcome the cruelty
that bars me from the fair fold where I slept,
a lamb opposed to wolves that war on it,
by then with other voice, with other fleece,
I shall return as poet and put on,
at my baptismal font, the laurel crown . . .

A copy on wooden panel is preserved in the Kress Collection at the National Gallery of Art, Washington D.C. This text is easier to read. 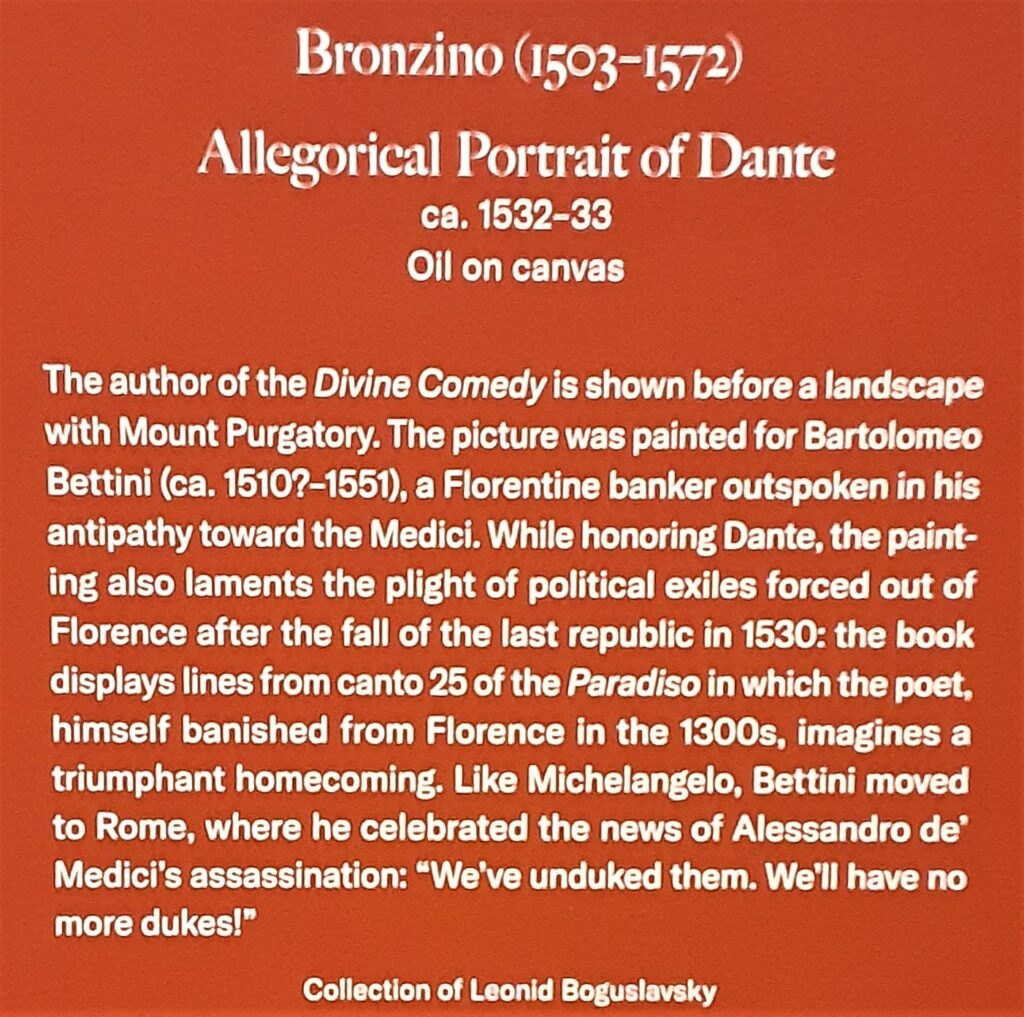 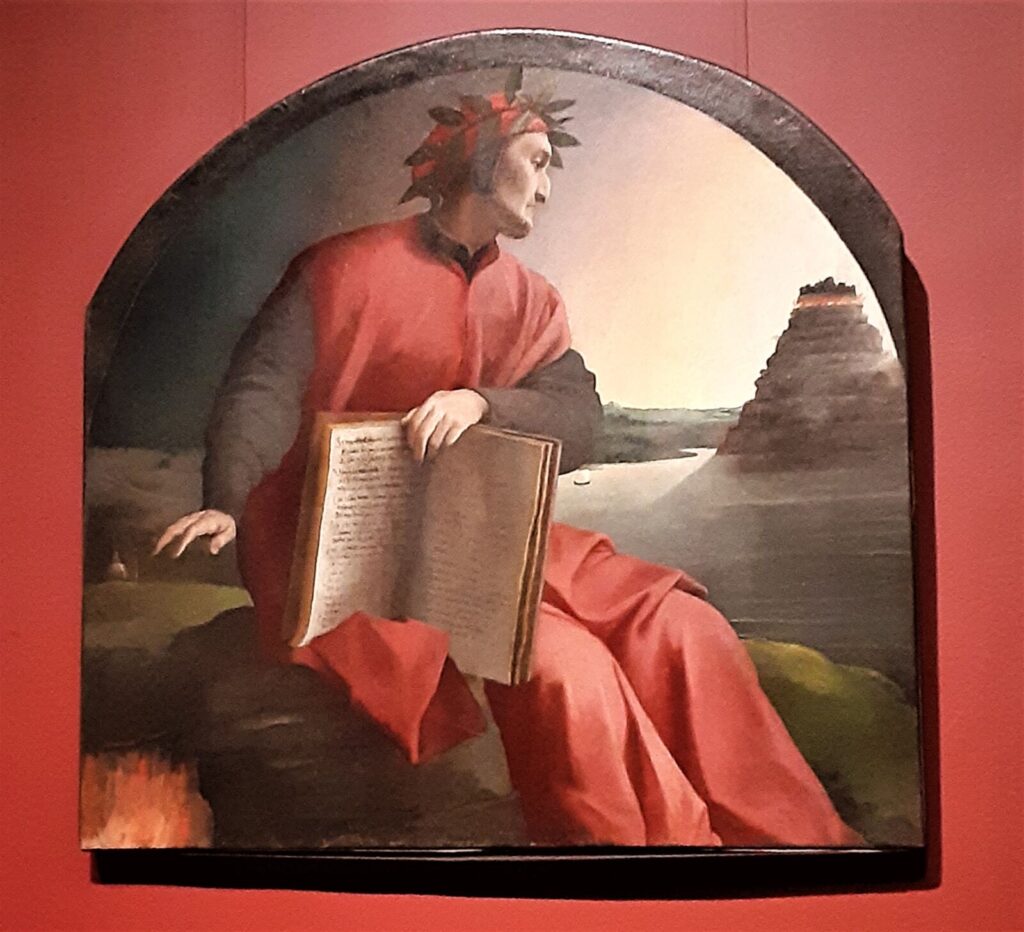 The history of this lunette is recounted in Giorgio Vasari’s Life of Bronzino. According to Vasari’s reconstruction, in fact, the portrait of Dante that will be exhibited at Palazzo Vecchio is an oil on canvas dating to 1532-1533. The painter was commissioned to make it along with portraits of Petrarch and Boccaccio, to decorate a room in the home of the cultivated Florentine banker Bartolomeo Bettini, with “Tuscan poets who have written verses about love” in the lunettes of the walls. At the centre was a panel depicting “Venus and Cupid” painted by Pontormo after a cartoon by Michelangelo Buonarroti, today preserved in the Galleria dell’Accademia. The ambitious project, which remained unfinished, involved the most important painters working in the city in that period, and dealt with themes cherished by writers of the future Accademia Fiorentina (which Bronzino himself belonged to until 1547), such as the superiority of the Tuscan language and the relationship between art and poetry.
http://musefirenze.it/en/mostre/bronzino-e-il-sommo-poeta/