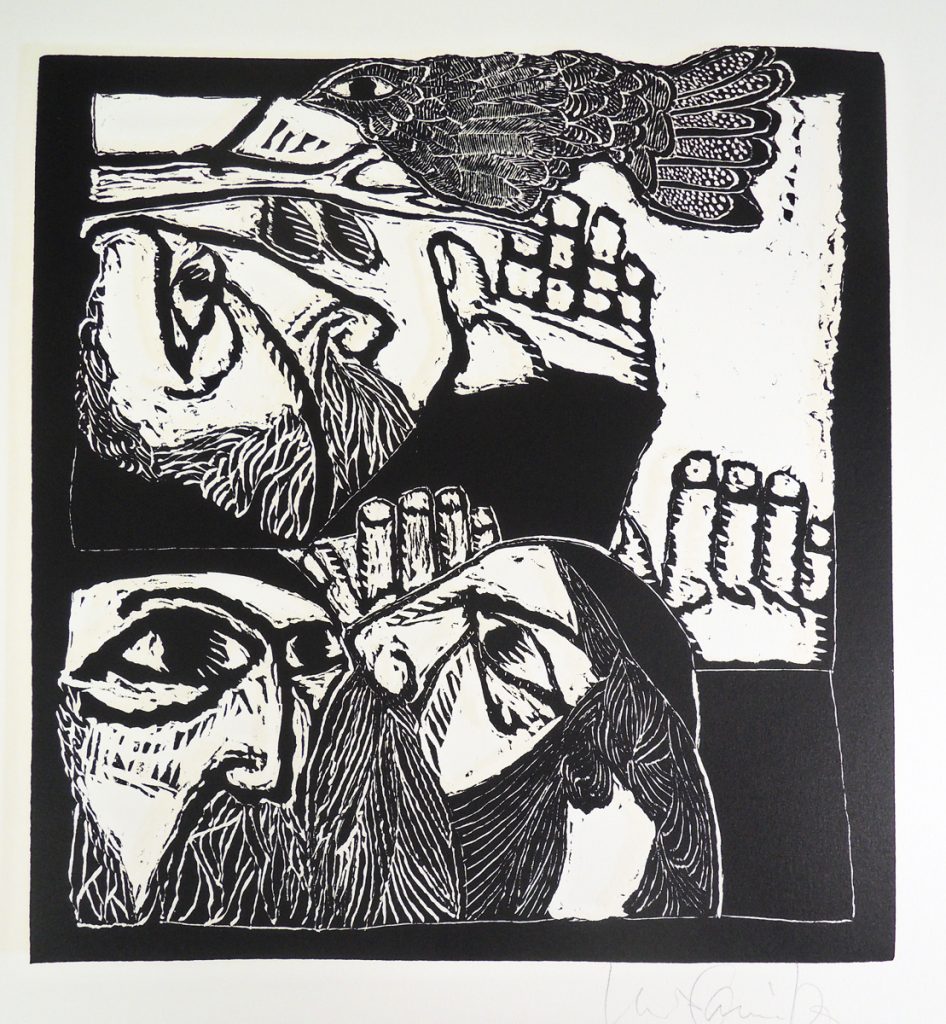 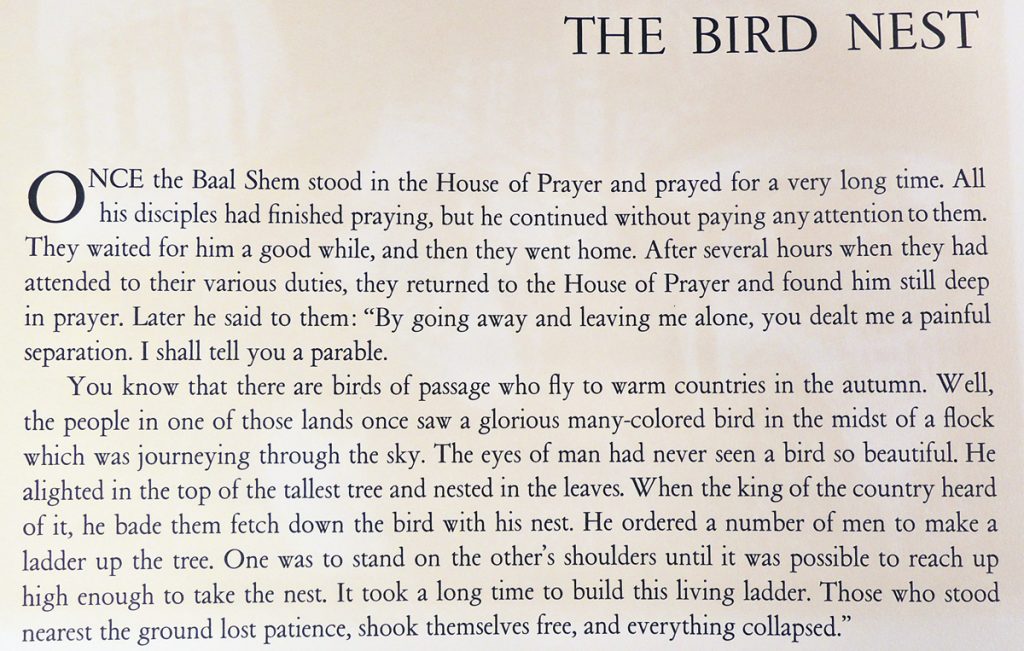 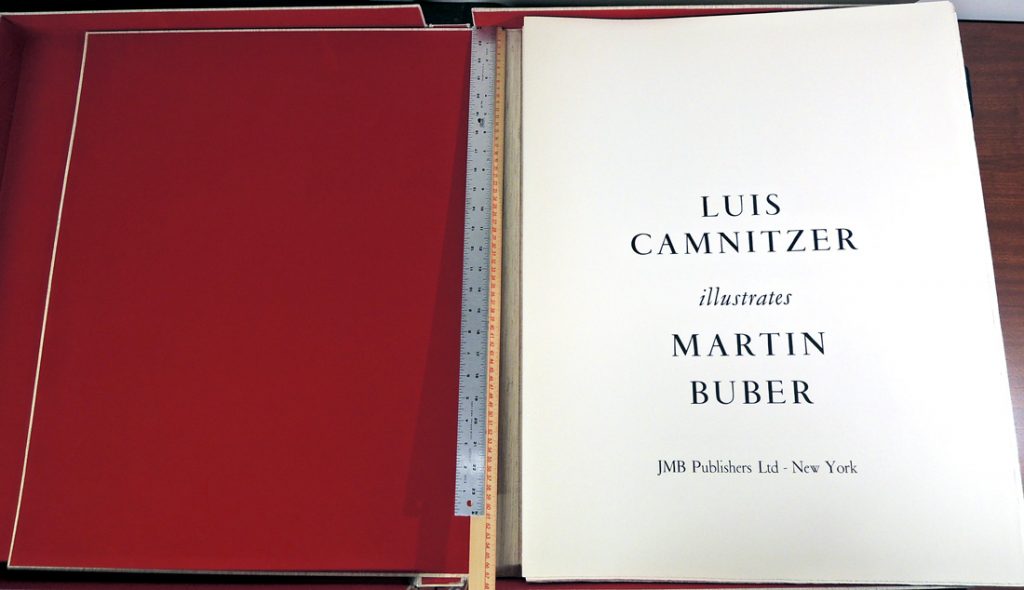 The portfolio includes ten folktales from the Hasidic Jewish tradition in Eastern Europe, selected by Camnitzer from the early masters section of Buber’s Die chassidischen Bücher as translated by Olga Marx. They are paired with ten woodcuts by Camnitzer titled: The Tap at the Window; The Helpful Mountain; The Deaf Man; How We Should Learn; Failure; Blessing of the Moon; To Say Torah and To Be Torah; The Mountain; The Bird Nest; and The Strong Thief. 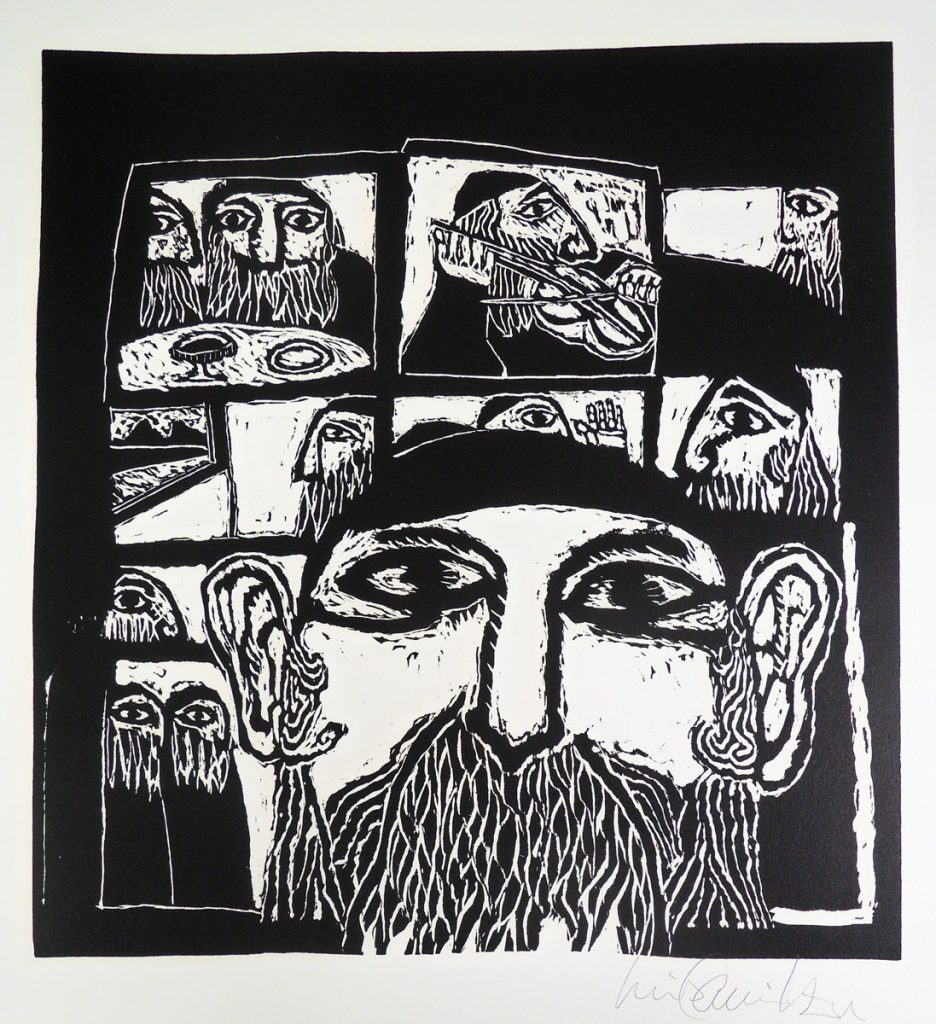 “In 1964 after moving to New York from his native Uruguay, Camnitzer co-founded The New York Graphic Workshop, along with fellow artists, Argentine Liliana Porter and Venezuelan Guillermo Castillo (1941–1999). For six years until 1970, they examined the conceptual meaning behind printmaking, and sought to test and expand the definition of the medium. In 1964 Camnitzer wrote a manifesto on printmaking that was later adopted by the group as a statement of intent. In this text Camnitzer argues that printmaking should not restrict but rather amplify the possibilities of an artist to generate conceptually rich ideas through strong images.”—Alexander Gray Associates 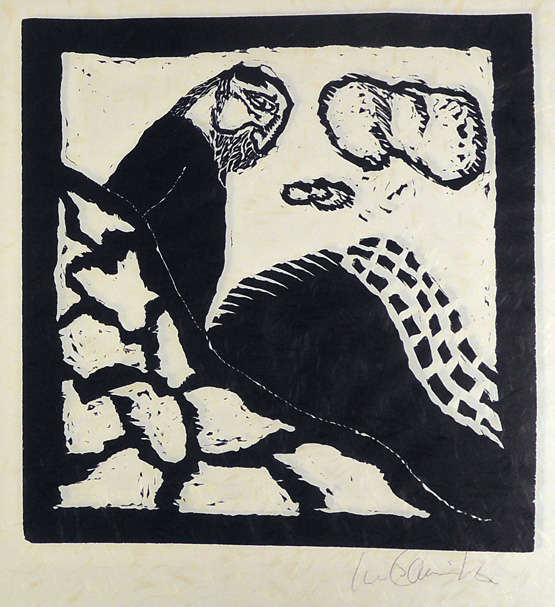 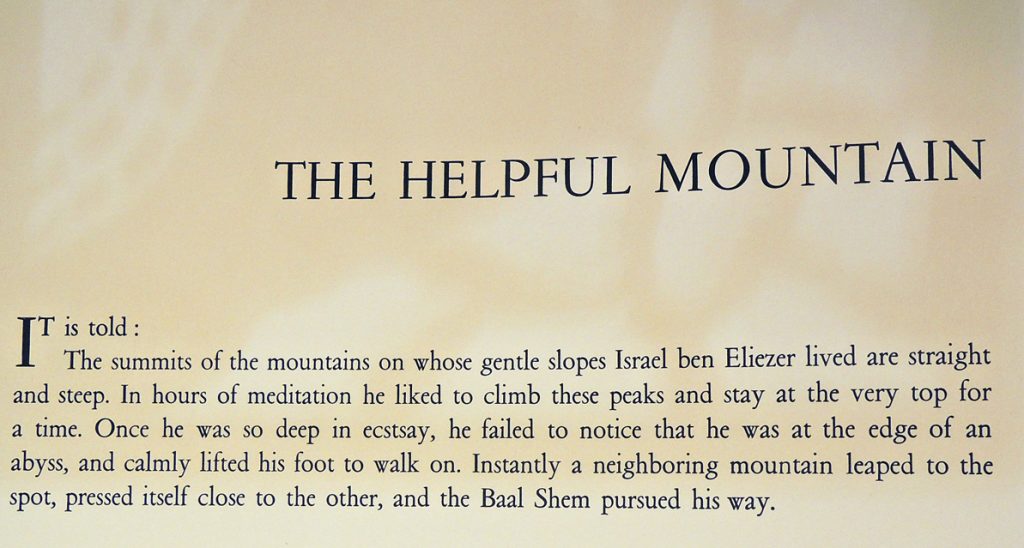 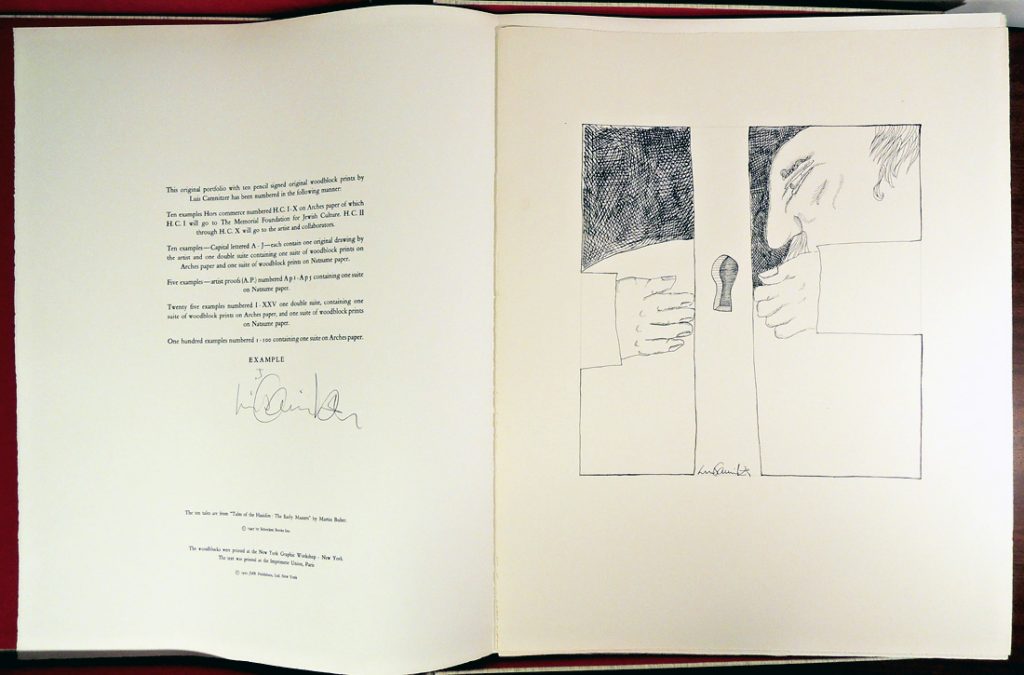