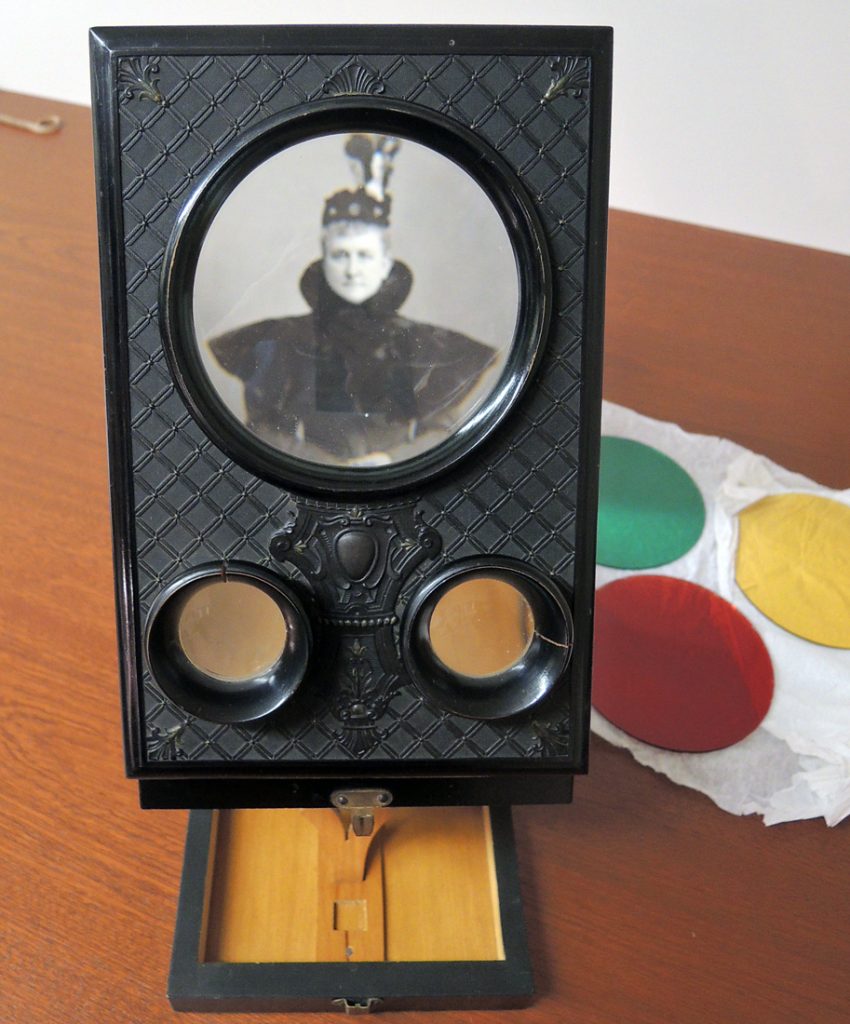 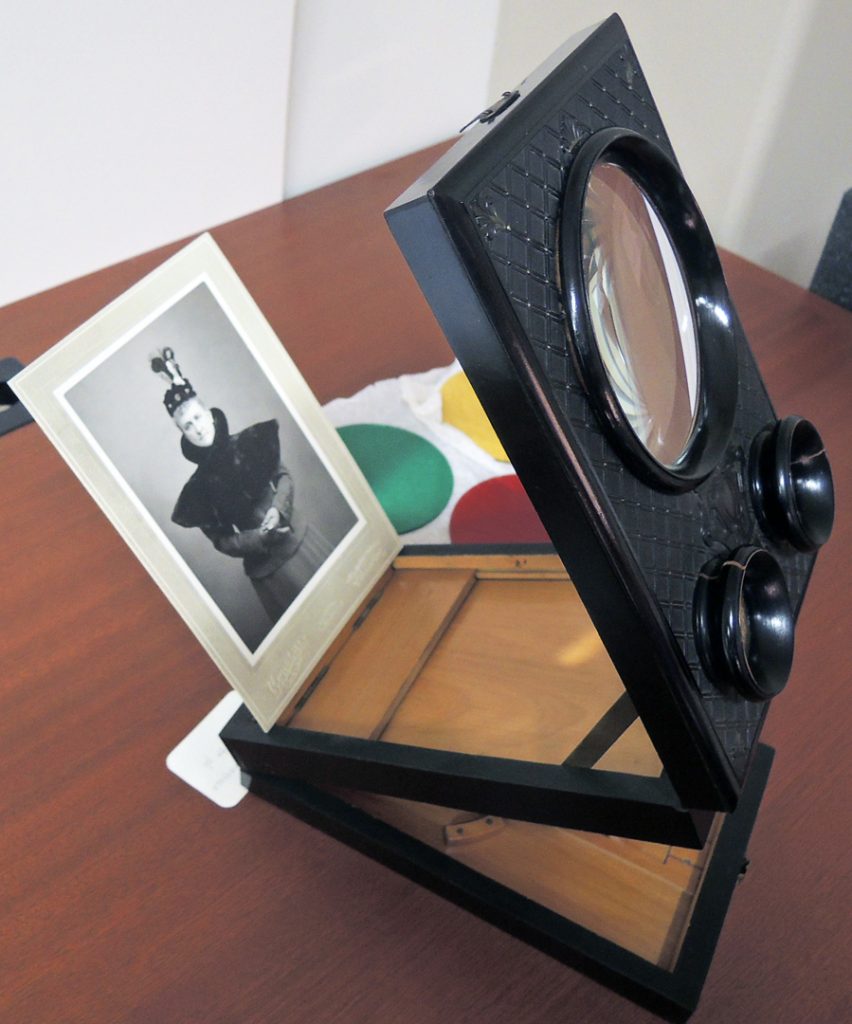 The Graphic Arts Collection recently acquired a nineteenth-century stereo-graphoscope in a molded thermoplastic case.  This unusual model has a small section at the bottom for three colored glass filters to be used in the graphoscope lens.

Like the zograscope of the eighteenth century, this optical viewer was most often used in a family parlor for evening entertainment. The graphoscope’s round magnifying glass allows for detail views of cabinet cards, tintypes, engravings, and other single photographic images, while the lower stereo glasses are for the viewing of stereographic cards. The whole device folds up into a small box. 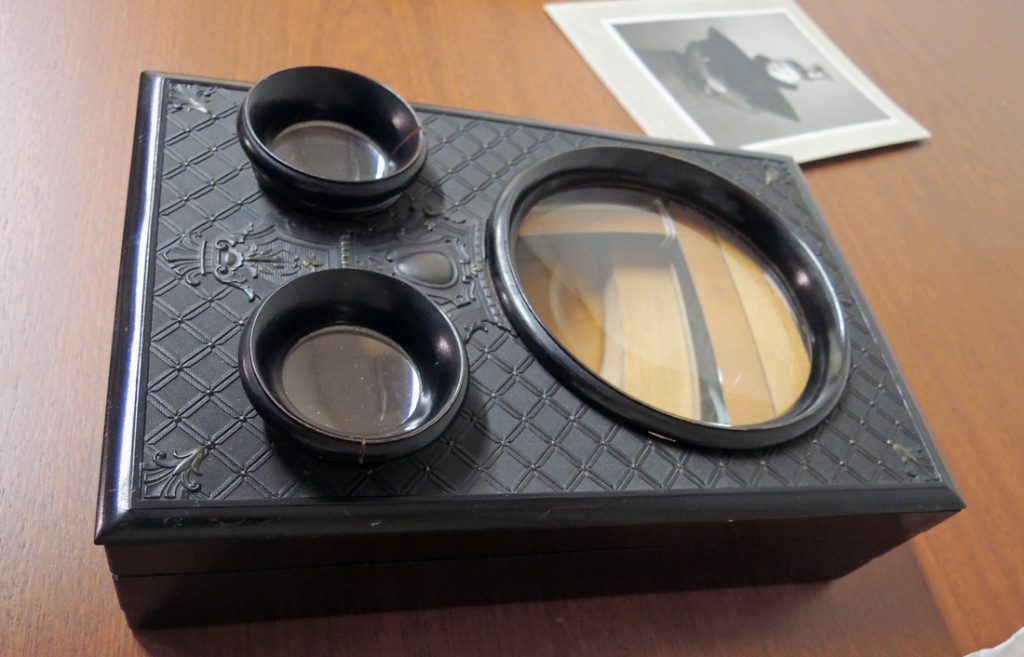 Thermoplastic cases, also called Union cases, were first developed in the 1850s for housing daguerreotypes. The earliest patent was filed by Samuel Peck in Connecticut and the use of this material on the Stereo-graphoscope dates it earlier than other wood or leather models. 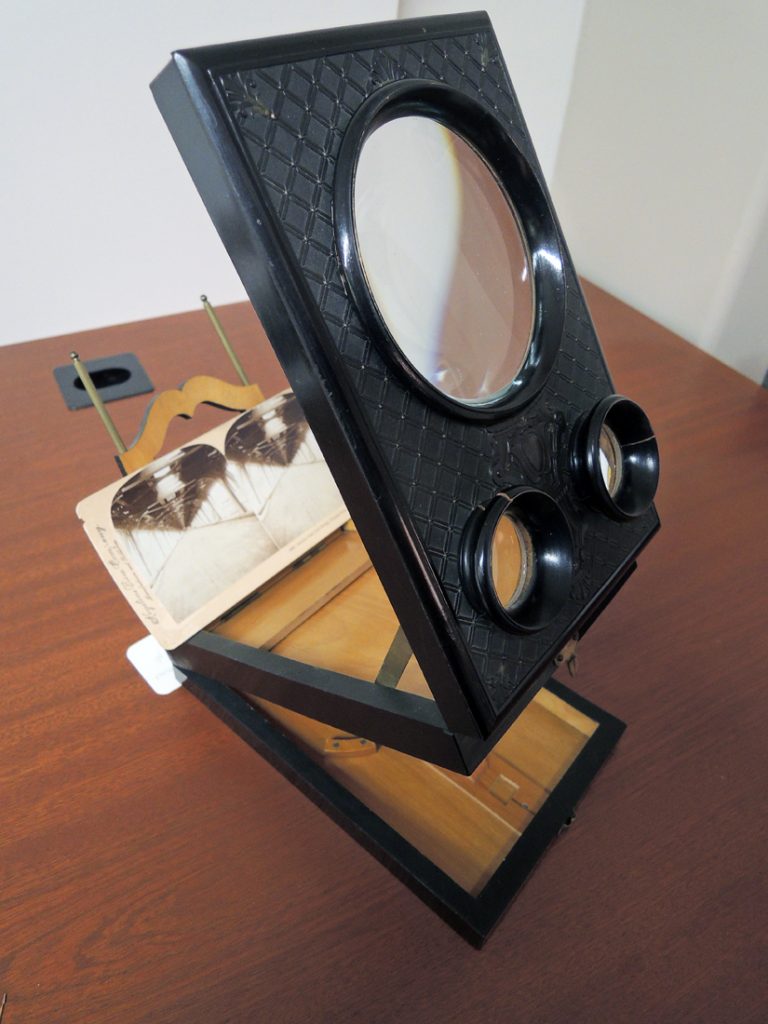 According to an anonymous author in the British Journal of Photography, “the action of the graphoscope . . . is one [subject] that seems to be very little understood. Everyone who has used the appliance is familiar with its effect, but very few seem to be prepared with an explanation of the relief observed in a single photograph when it is observed through a single large lens.”

We have several times pointed out the extreme importance of true perspective in connection with the subject of stereoscopy, and also when referring to the matter of monocular relief. … the trouble with photographs is that the proper view point is very often so near the print that distinct vision from that point is impossible. One remedy for this is to stop down the eye pupil by observing the object through a pinhole. This so increases the range of distinct vision that the proper position can often be found. Another remedy is the use of a magnifying lens to increase the size of the picture, and also the viewing distance, up to a convenient dimension. This, then, is one of the functions of the graphoscope.” —The British Journal of Photography 54, no. 2448 (April 5, 1907)