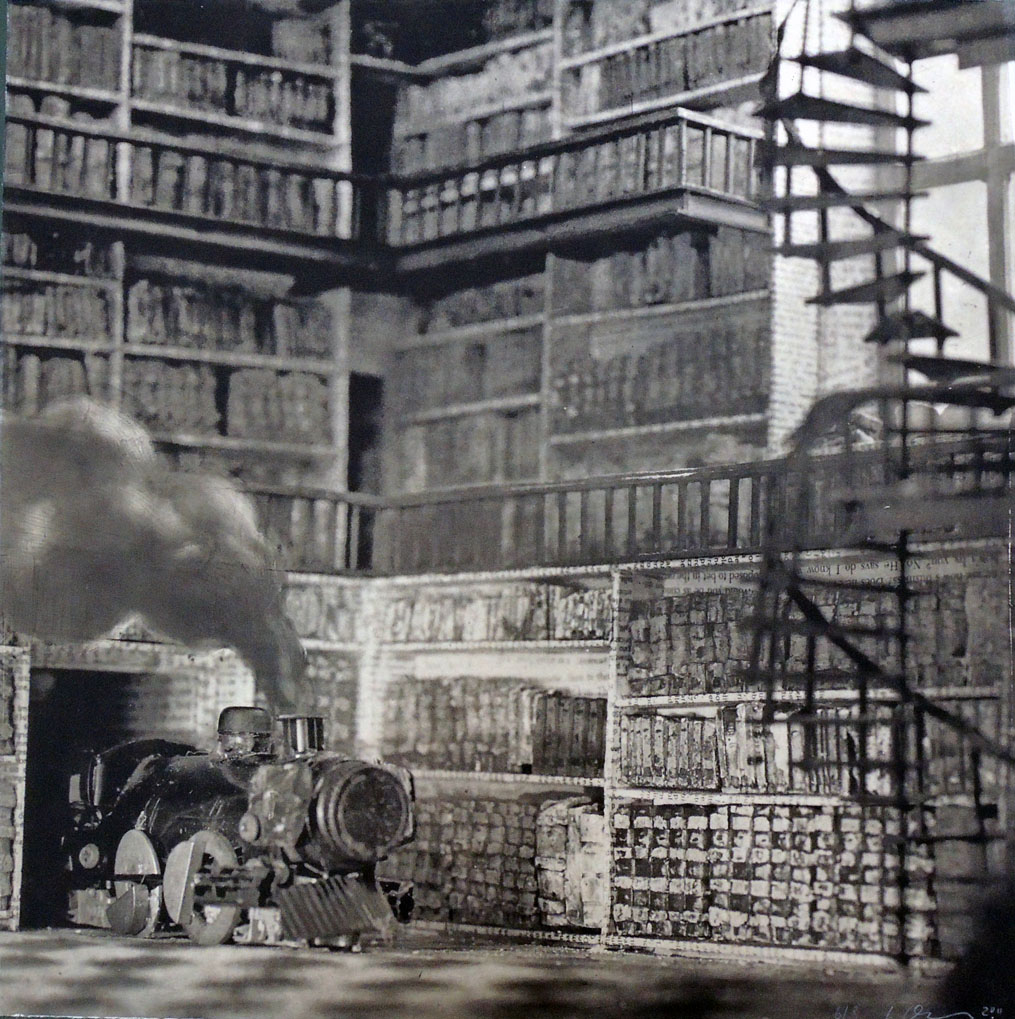 Lothar Osterburg’s “Library Dreams” series began during a residency at the Bogliasco Foundation in Liguria, Italy in 2011. While there, he collaborated with the composer/thereminist Elizabeth Brown on a video, entitled “A Bookmobile for Dreamers.” Ten years after launching his soap library series, Osterburg has come full circle. All his libraries are recreations of imagined places, and in this new series, the books themselves become building materials, while the books’ content spills out to inspire new worlds.

“Conjuring up monumental phenomena by minimal means,” writes Grace Glueck, “Lothar Osterburg presents picturesque events like a zeppelin over Timbuktu, a glider over the Gowanus Canal, a beached cargo ship at Montauk on Long Island, and an approach to a celestial body by a landing craft. But they are all contrived in his studio, using mundane materials like twigs, toothpicks, peanut butter and wee electrical parts, and photographed through a magnifying glass or a macro lens.”–New York Times, September 19, 2003. 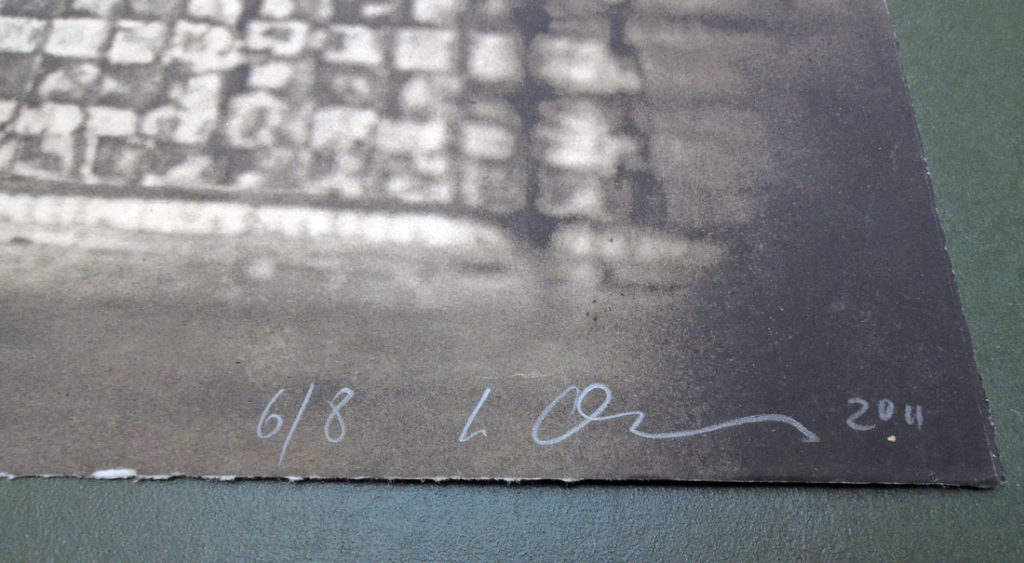 The Graphic Arts Collection has acquired Osterburg’s beautiful photogravure “Library Dreams (after Magritte’s Tim Transfixed)”. This is one of several works recently acquired in anticipation of a 2019 exhibition to be entitled “Turning Light Into Darkness,” focusing on the history and development of copperplate photogravure from 1850 to the present.

A member of the faculty at Bard College, Osterburg is known as one of the foremost photogravure artists in the country. The recipient of an Academy Award in Art from the American Academy of Arts and Letters, he has also been awarded two New York Foundation for the Arts grants for printmaking, a grant from the AEV Foundation, and residencies at MacDowell Colony and the Liguria Studies Center of the Bogliasco Foundation in Italy. An exhibition of his new work will be held next fall at the Lesley Heller Gallery in New York City. 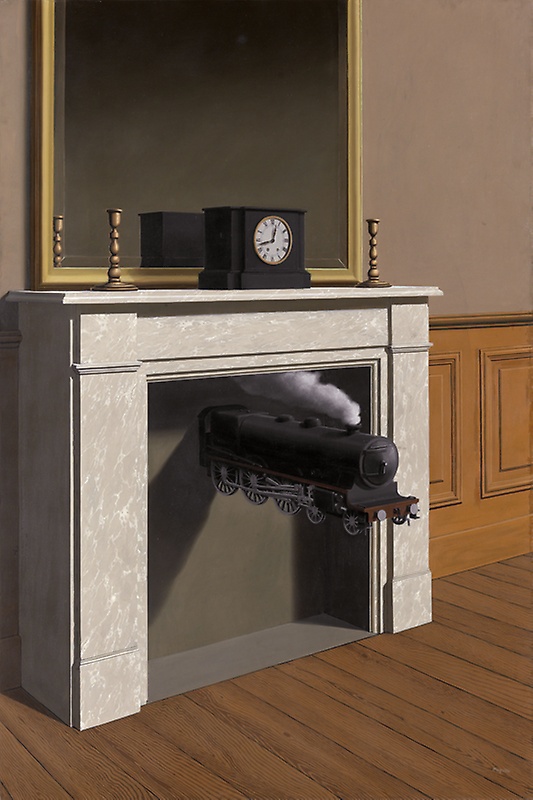