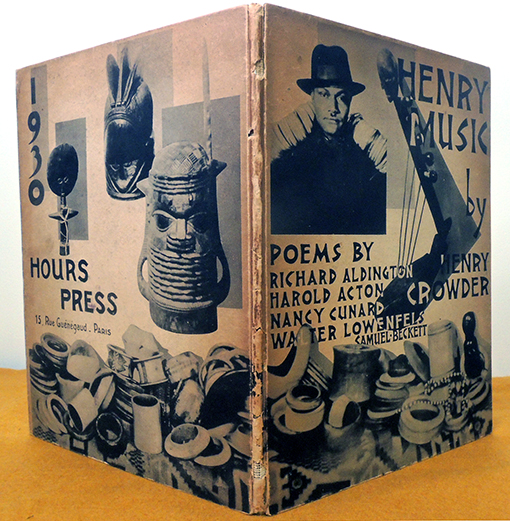 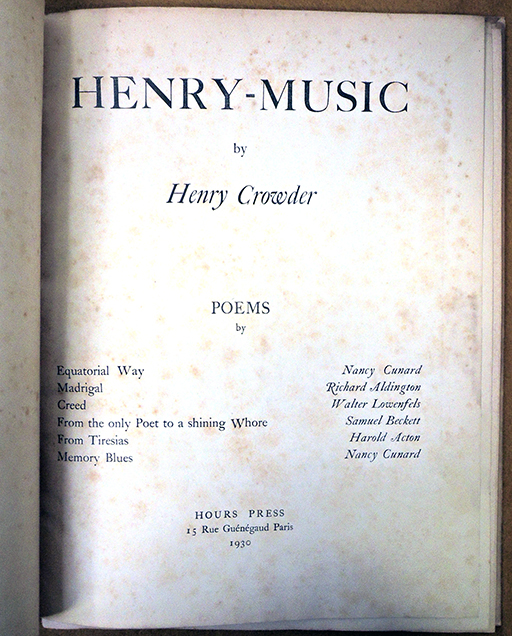 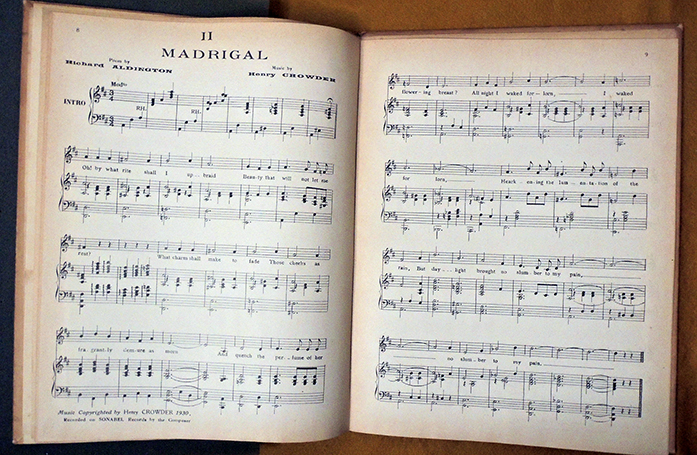 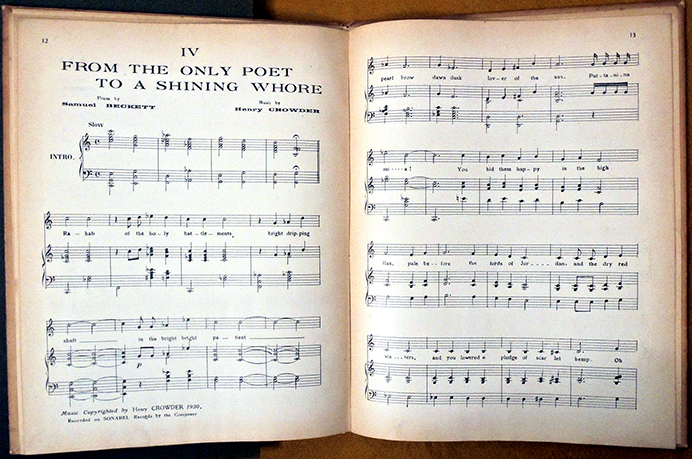 Born in Georgia, the Black jazz pianist Henry Crowder (1890-1955) first met the White shipping heiress Nancy Cunard (1896-1965) in Venice while performing at the Hotel Luna. They fell in love and moved to Cunard’s home outside Paris. Together they converted an old farmhouse in Reanville into a fine press printing studio, called Hours Press, where they set type, designed and printed small editions, and published the work of Ezra Pound, Richard Aldington, Norman Douglas, Laura Riding, and others. The young Samuel Beckett won a poetry contest sponsored by the press and became a valued friend. 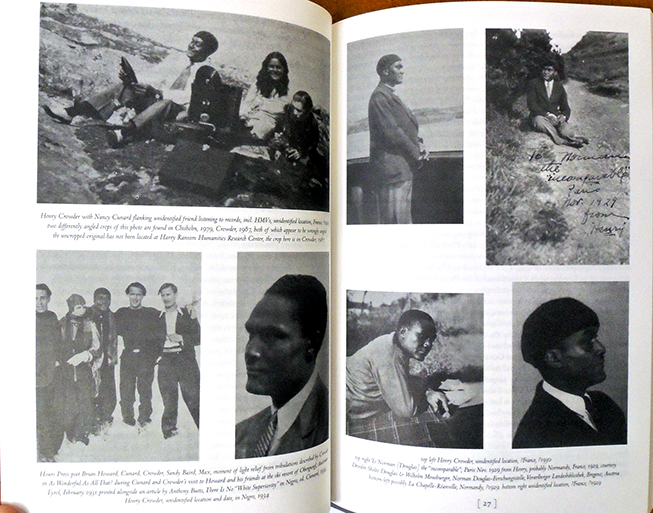 In Cunard’s book These Were the Hours: Memories of My Hours Press, Reanville and Paris, 1928-1931, she writes about their 1930 publication Henry-Music. Richard Aldington, Harold Acton, Walter Lowenfels, and Beckett each gave Crowder poems to be set to music during an August vacation in the village of Creysse. “Nearly everything was written here in the course of four weeks, so that we went back to Paris with the Opus almost finished. … To do the covers Man Ray’s name came to me at once, for he had not only a strong appreciation for African art but for Henry as well. I had known Man Ray and had admired his work for several years.” Crowder later wrote an account of his years spent with Cunard, published posthumously, with almost no mention of this publication.

Princeton’s copy of Henry-Music includes a lengthy inscription from Crowder to Mr. & Mrs. Otto Theis: “Dear friends, if this little effort of mine brings you one moment of pleasure, I assure that I am amply repaid for whatever effort went into the making of it. You two people are realy [sic] nearer to my heart than you may suspect. Probably I am presuming when I say that, but nevertheless the Gods themselves (whoever they are) don’t always know who loves them.” 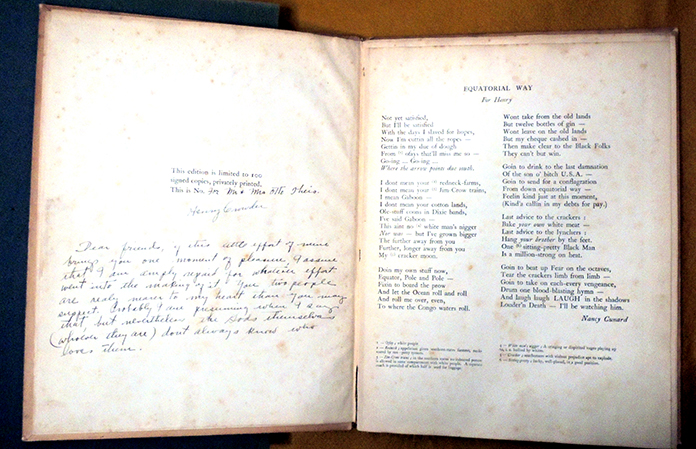 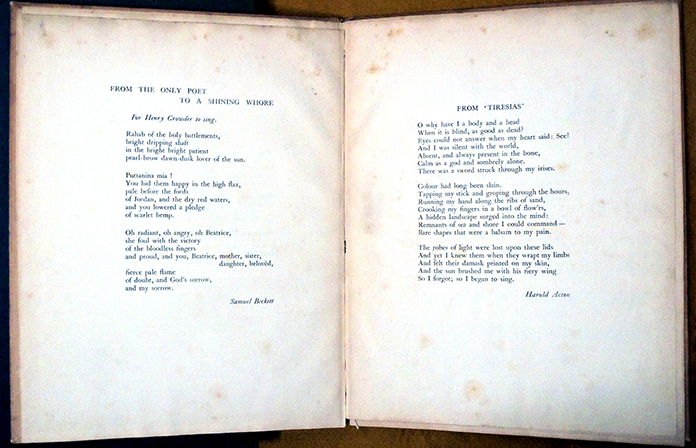 Nancy Cunard, These Were the Hours (Carbondale and Edwardsville: Southern Illinois University Press, 1969).

Below is the poem twenty-four years old Samuel Beckett gave Henry Crowder for Henry Music, and above is a snippet of vocalist Allan Harris’s recording. The complete recording is available on our CD included in Listening for Henry Crowder. **It begins very quietly**

Rahab of the Holy Battlements,
bright dripping shaft
in the bright bright patient
pearl-brow dawn-dusk lover of the sun.

Puttanina mia!
You hid them happy in the high flax,
pale before the fords
of Jordan, and the dry red waters,
and you lowered a pledge
of scarlet hemp.

Oh radiant, oh angry, oh Beatrice,
she foul with the victory
of the bloodless fingers
and proud, and you, Beatrice, mother, sister, daughter, beloved,
fierce pale flame
of doubt, and God’s sorrow,
and my sorrow. 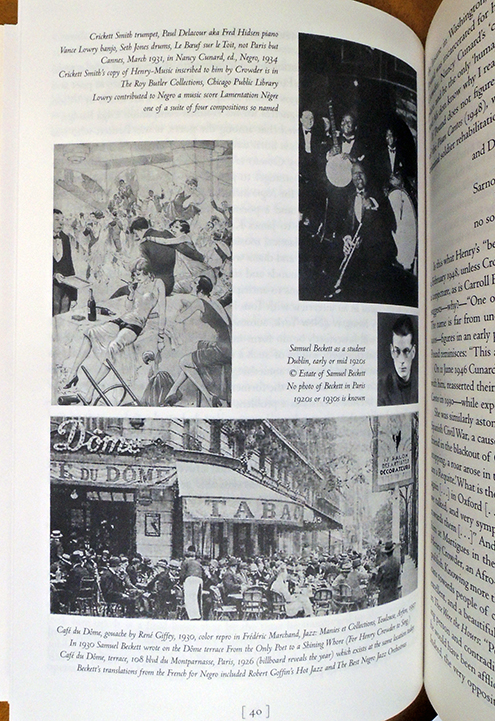 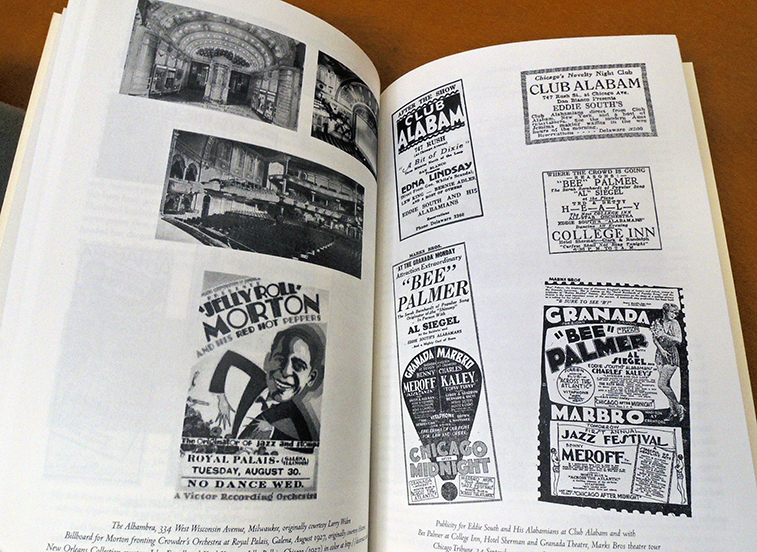 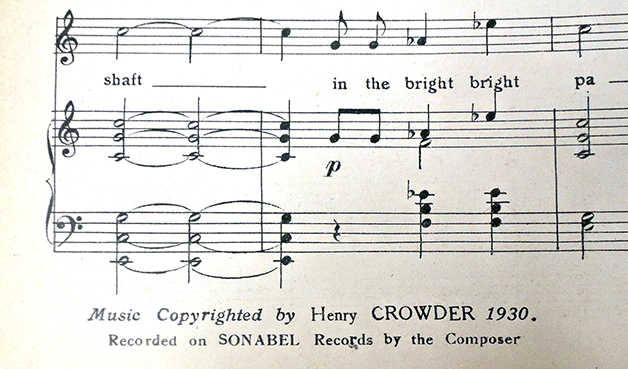