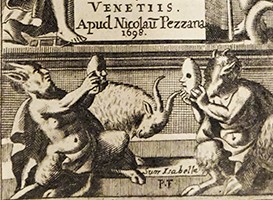 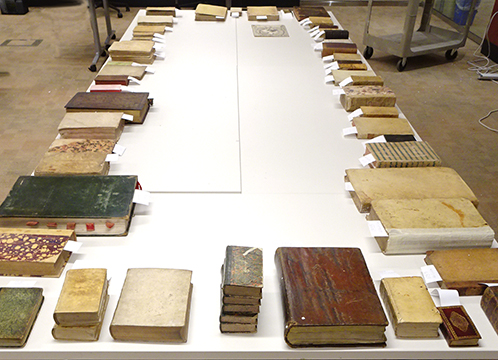 For several years, the Graphic Arts Collection has been adding Venetian books with engravings by Isabella Puccini. Adding them one at a time.

Thanks to the extended collecting of David Rueger, Antiquariat INLIBRIS, Vienna, Princeton now holds 60 titles containing engravings signed and identified as Piccini’s, the vast majority from her lifetime. As the picture above illustrates they represent a wide variety of physical formats, as well as subject matter. There are both secular and religious commissions including medicine, history, law, and pageantry as well as theology and devotion. 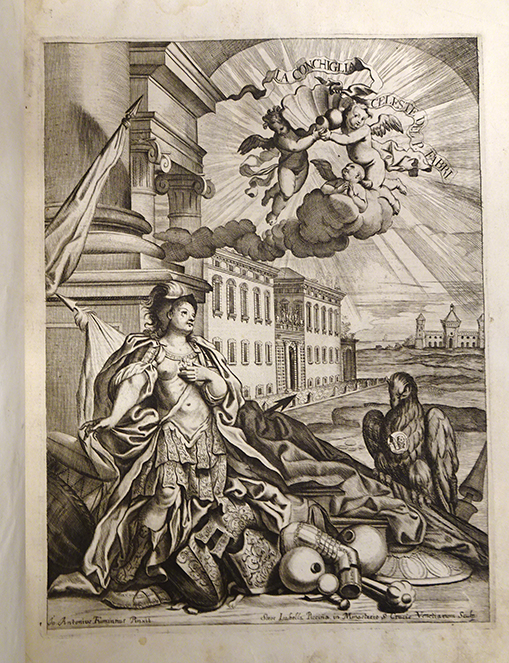 Rueger mentions he took particular care to select items poorly represented in institutional holdings; 22 of our new acquisitions were not currently recorded in any American library. Here is a brief list by author and an annotated list by chronology. All scholarship goes to Rueger.
Piccini inventory short by name

Within these books are approximately 257 engravings attributable to Piccini, plus one unbound sheet. It is our hope that Princeton University Library will become a destination collection for the study of female engravers, as well as Venetian illustrated books. Perhaps this acquisition will even inspire someone to write the definitive catalogue raisonné of this important artist’s work.

Not with frail chisels, brushes, or pens
Does she work, who lives in a humble convent,
But in pure metal creates immortal works,
She paints with a skilled hand, she engraves, and she writes. 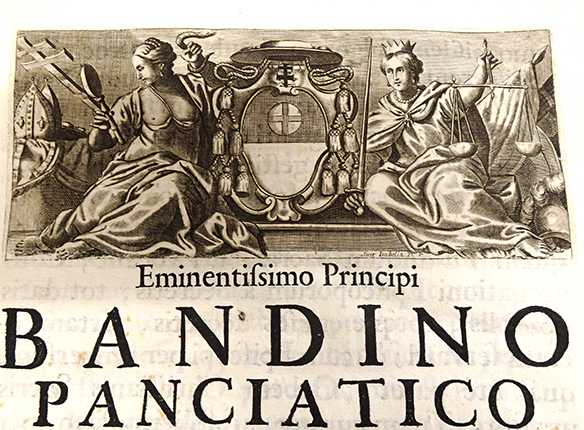 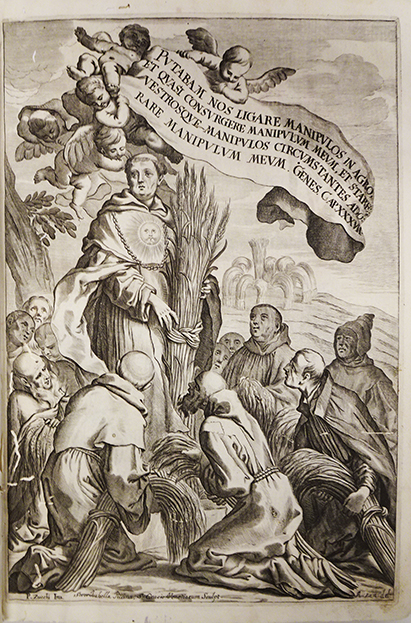 Princeton’s collection begins in 1663 when, at the age of 19, Piccini pulled her first known engraving. In her early twenties, she became a novitiate of a Franciscan convent and took the nom de religion Isabella. Note, our collection does not include the work with the signature ‘I. Piccini’ which belonged to her father, Jacopo Piccini. Rueger comments:

Other nuances also become apparent: for example, the frontispiece to the 1669 La Ricreatione Del Savio In Discorso Con La Natura is signed simply ‘Piccini f.’ However, we know that Isabella was professed as a nun in 1666, and subsequently (as illustrated in the present collection) shifted her signature to reflect her religiosity. Instead, the 1669 frontispiece of the Ricreatione del Savio must be the work of Jacopo Piccini. Nevertheless, this frontispiece is commonly attributed in institutional records to Isabella, based solely on the ‘Piccini’ signature. Such indications start to become clear only when a critical mass of examples can be gathered in one place, as we hope to have done with the present collection. 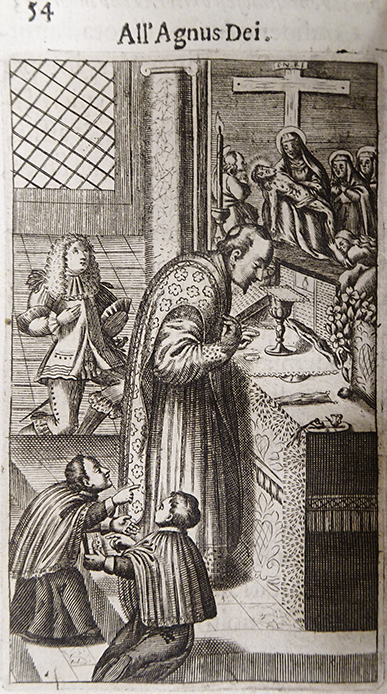 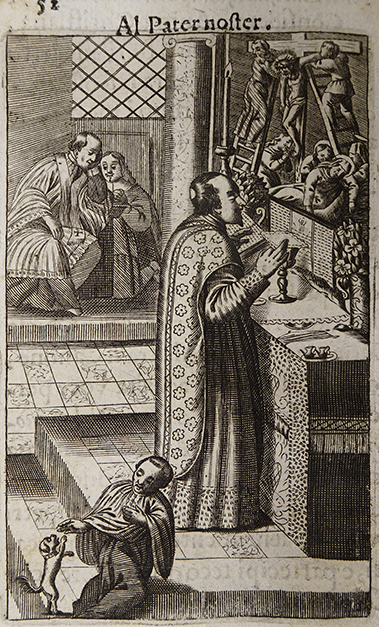 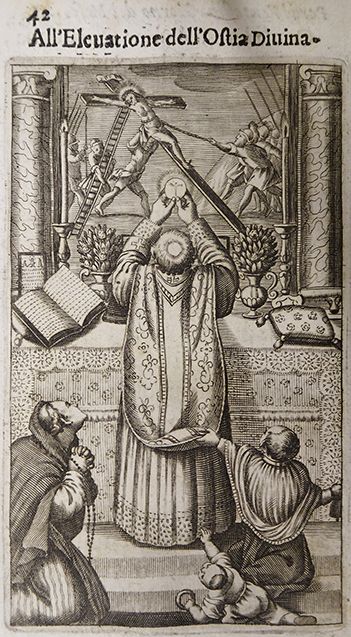 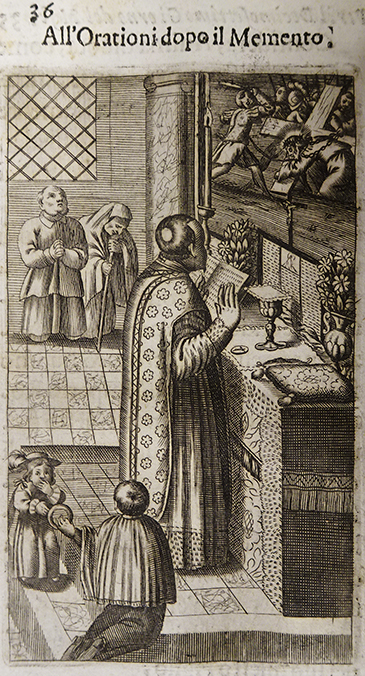 One of the most exciting inclusions in the present collection is a book fully illustrated by Piccini relatively early in her career: “Memorie Funeste de’ Fatti Dolorosi occorsi nella Passione amarissima dell’ Unigenito Figlio di Dio” (1682) [seen above] which was subsequently ordered to be burned. Although recorded as such in the Index, we have been unable to trace another surviving copy. Needless to say, the book’s engravings have never been acknowledged as Piccini’s work before, but shed remarkable light on the nun’s willingness to undertake projects with notoriously suspect publishers like Giovanni Giacomo Hertz and authors like Michele Cicogna. 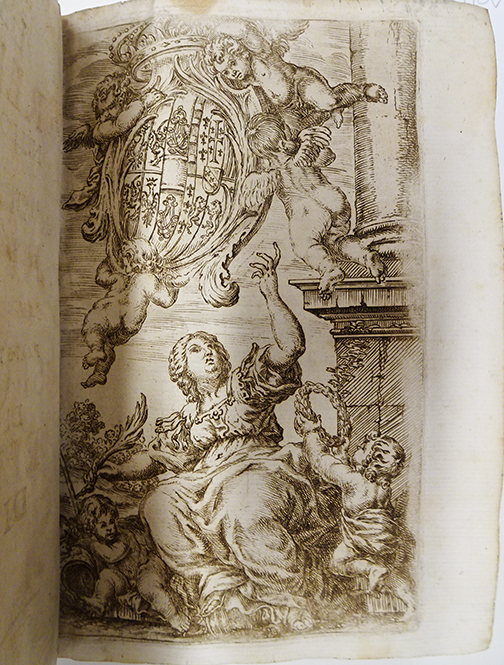 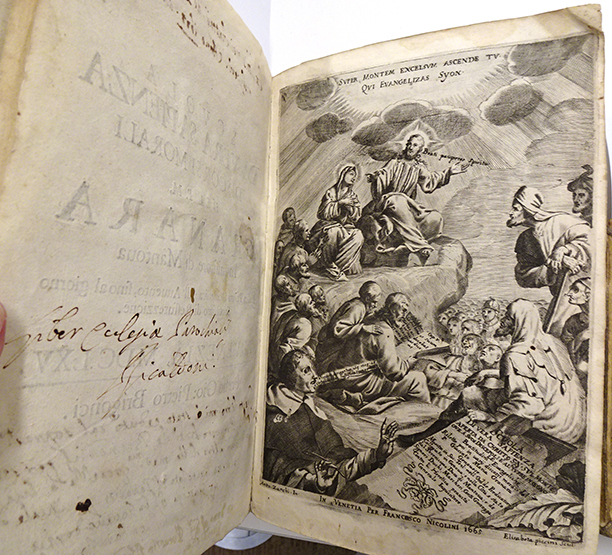 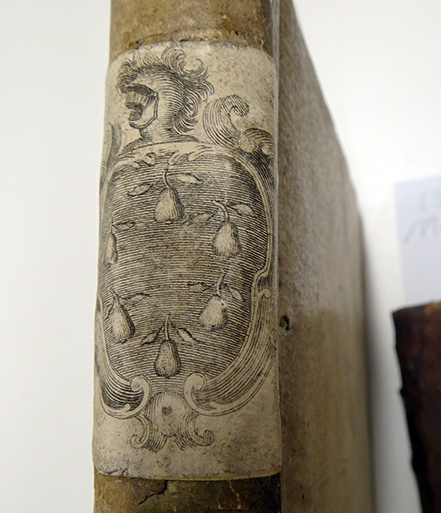 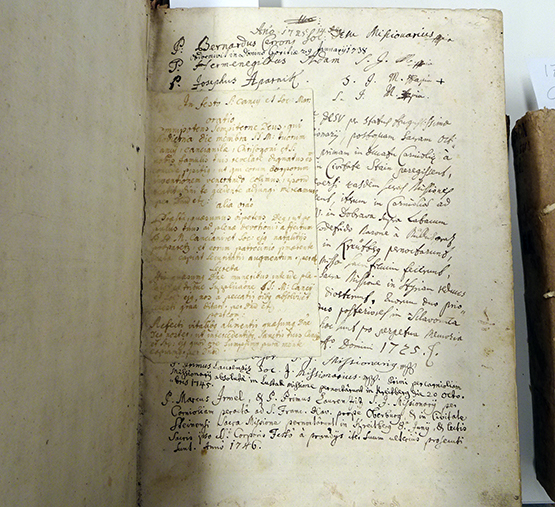 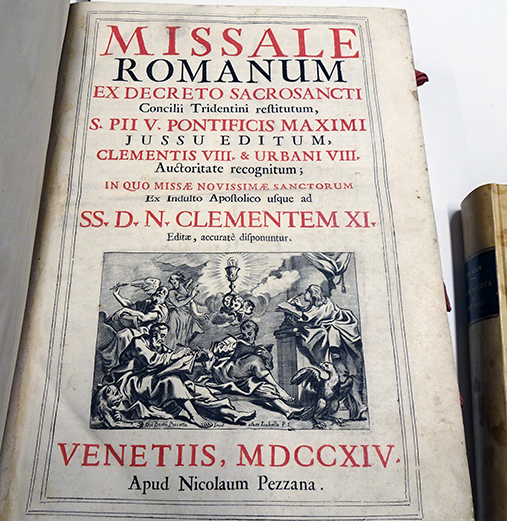 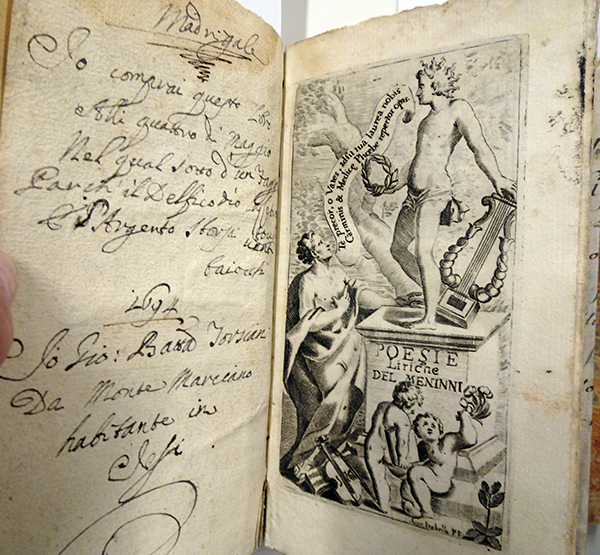 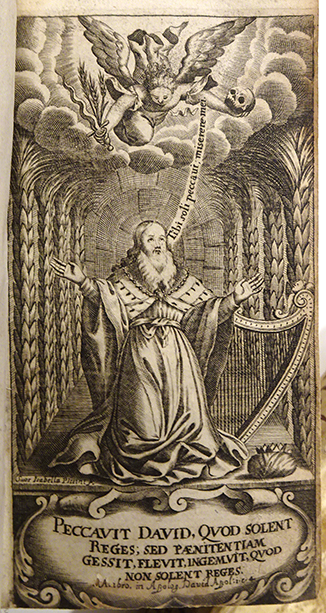 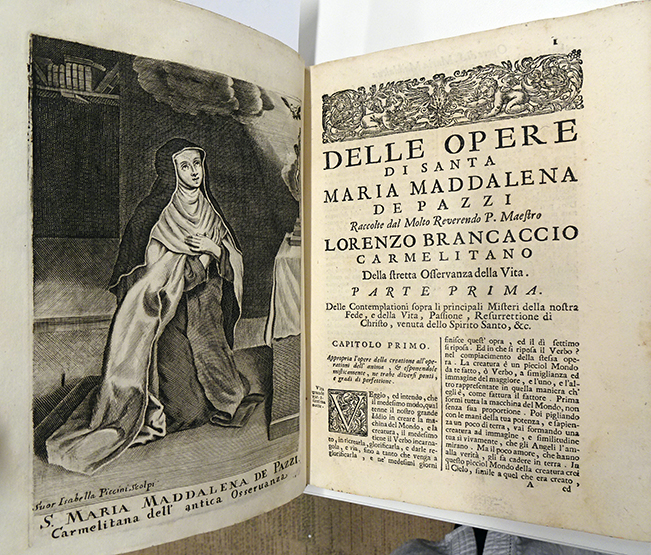 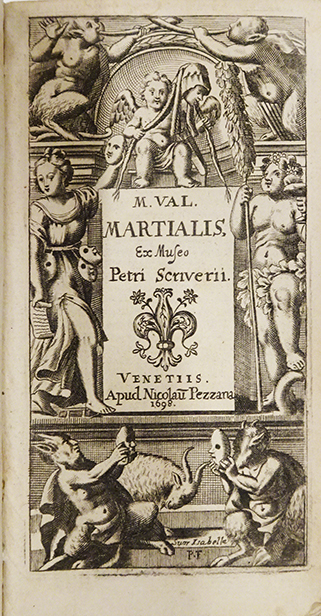 For more biography, see the entry in the Enciclopedia delle donne: http://www.enciclopediadelledonne.it/biografie/elisabetta-piccini/