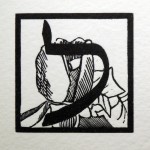 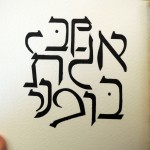 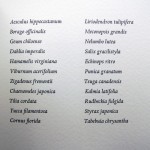 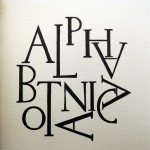 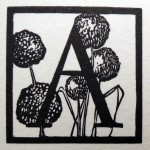 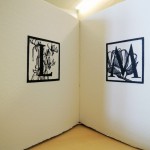 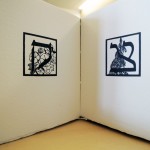 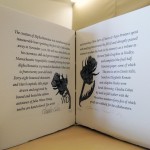 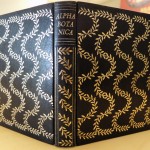 According to Sarah Horowitz, Alpha Botanica “began in the fall of 2004 with a few trial capitals and many sketches to ascertain the viability of a Yiddish-English book of poems illustrated with engraved images and capitals. From this grew designs for two sets of botanical alphabets, one Roman and one Hebrew.”

The printing of the first half was accomplished in 2006 by Chris Stern of Stern & Faye Printers, who unfortunately passed away before it could be completed. Arthur Larson of Horton Tank Graphics finished the book and Claudia Cohen bound the edition of 45 copies. Depicted behind each letter is a plant whose name begins with that letter. The list of plants and the colophon are found in the center of the volume.