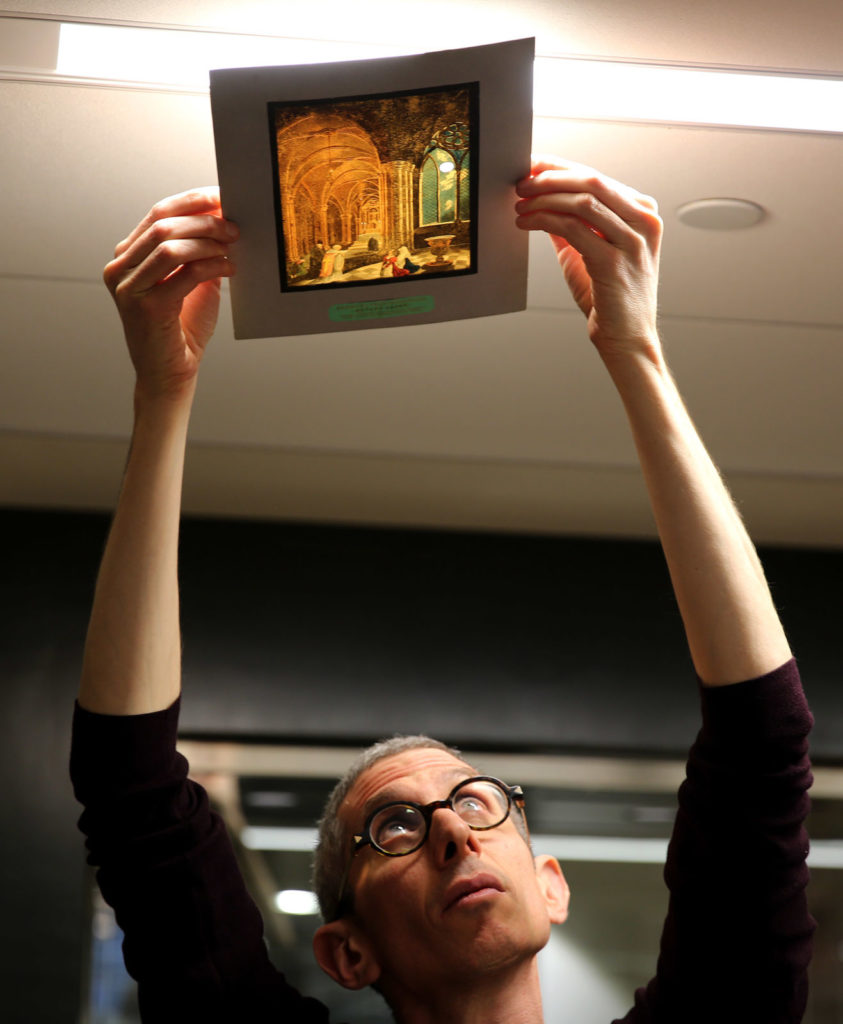 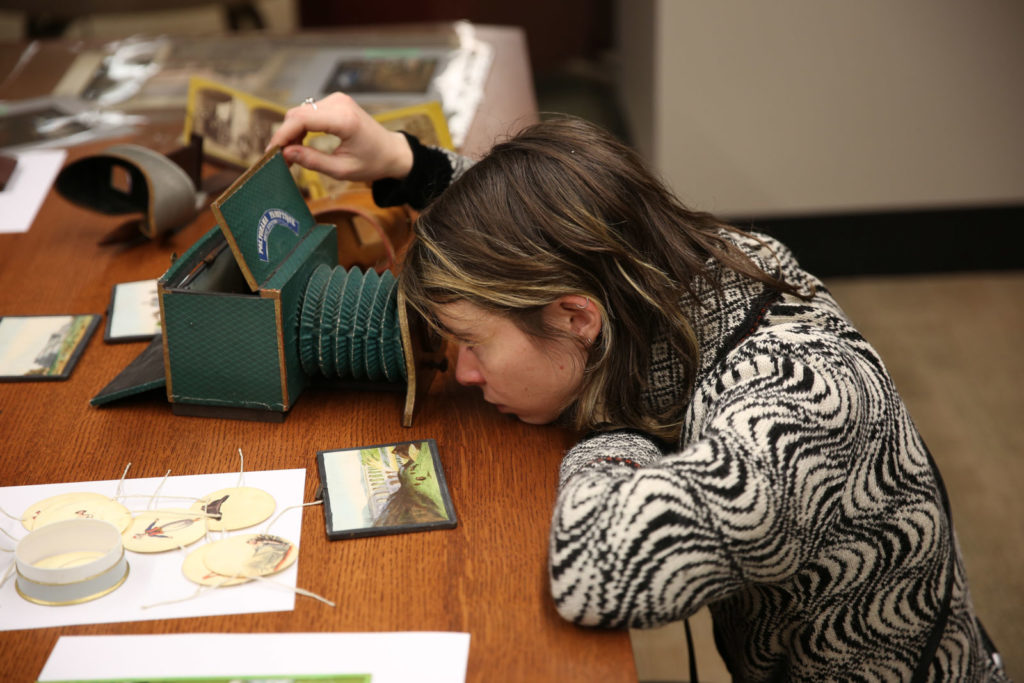 Another way to appreciate protean views is by using a Polyorama Panoptique, popular from the 1820s through to the 1850s (and today). The portable, collapsible viewer was invented by Pierre Seguin, often given away as a souvenir during popular events or exhibitions. It is a miniature version of the megalethoscope. 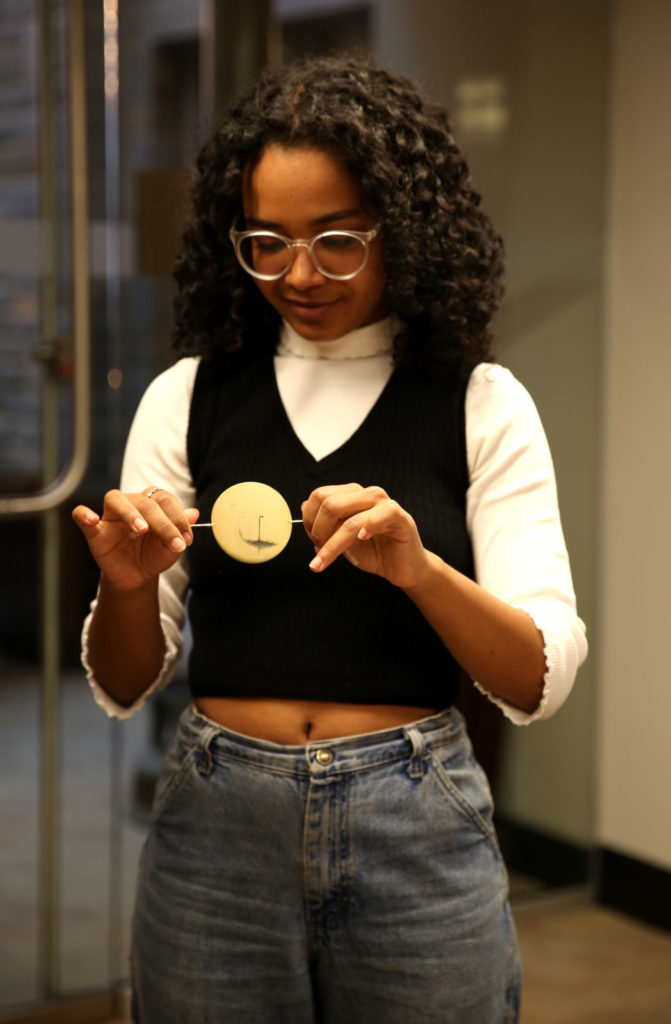 John Ayston Paris, a London physician, is often credited with 19th century ‘persistence of vision’ devices. Many of the students made their own. https://graphicarts.princeton.edu/2013/10/28/thaumatrope/ 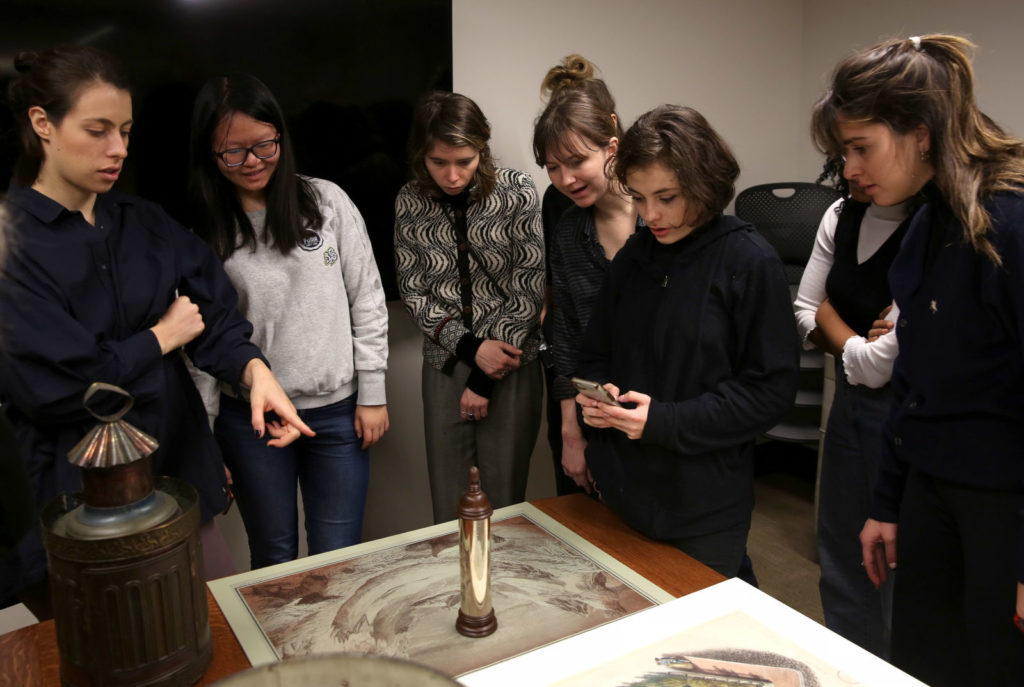 A portrait of Jules Verne https://graphicarts.princeton.edu/2015/03/25/anamorphic-images/ 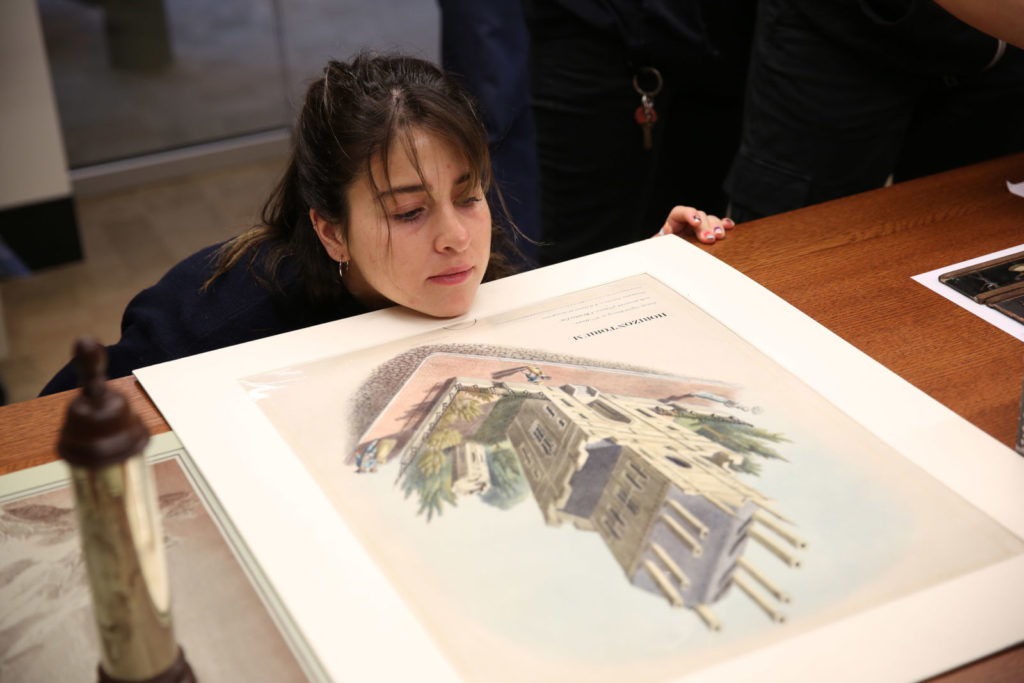 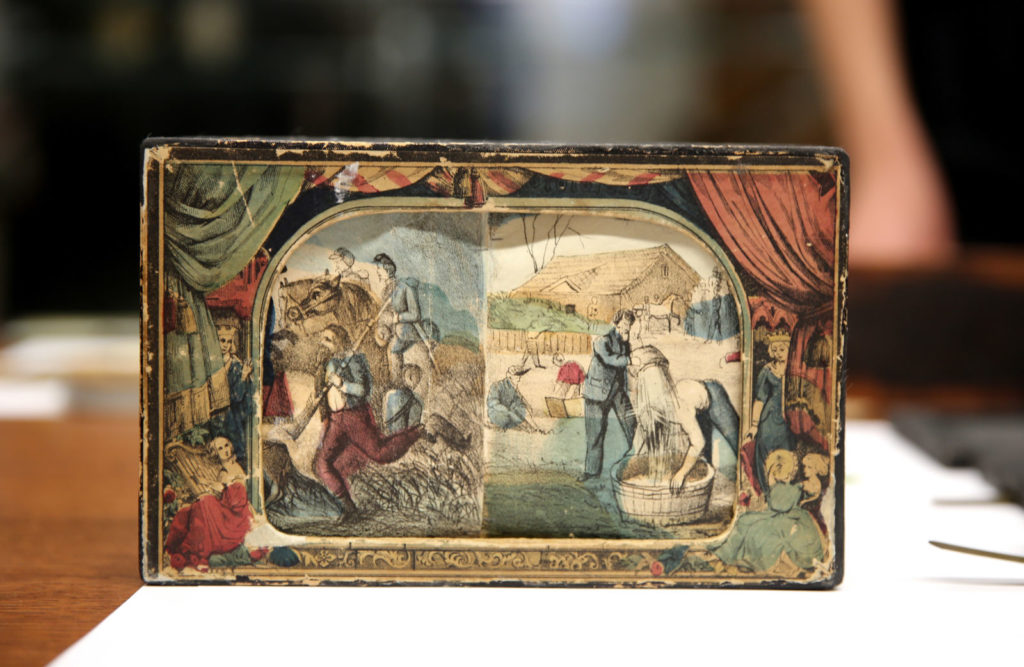 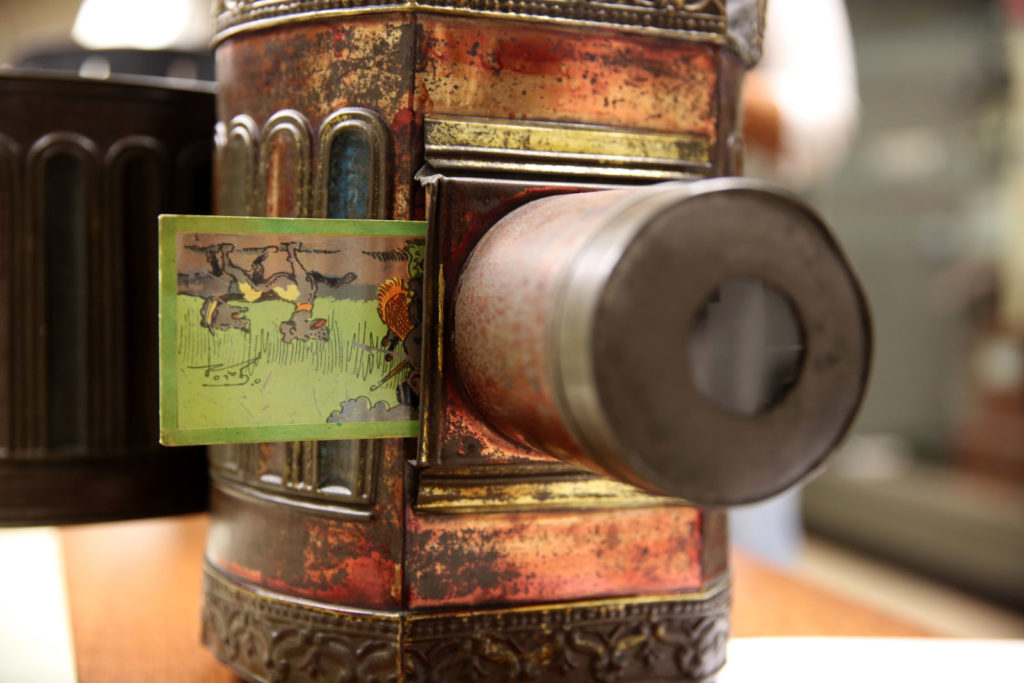 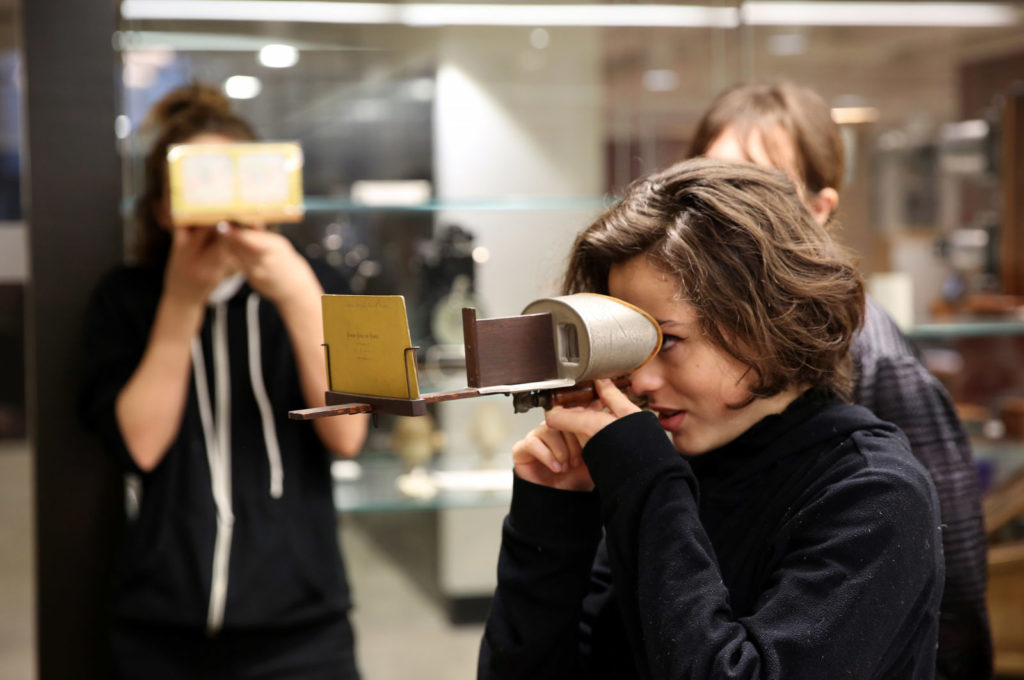 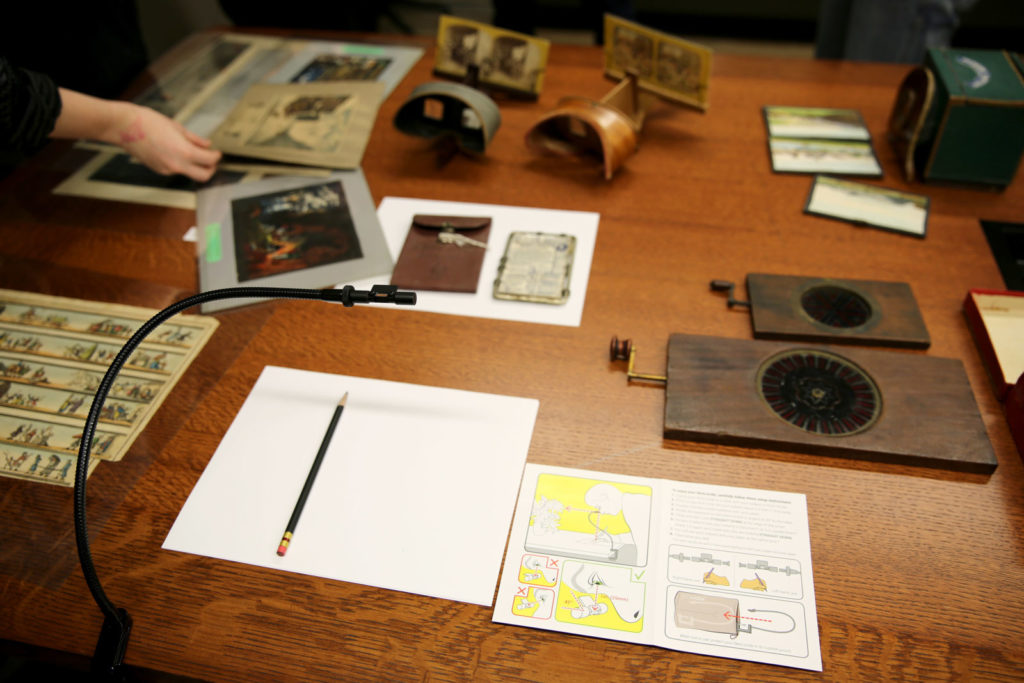 The Neo-Lucida is much easier to use than the original 19th-century device patented by Sir William Hyde Wollaston. That’s not just because it was invented by a Princeton graduate. 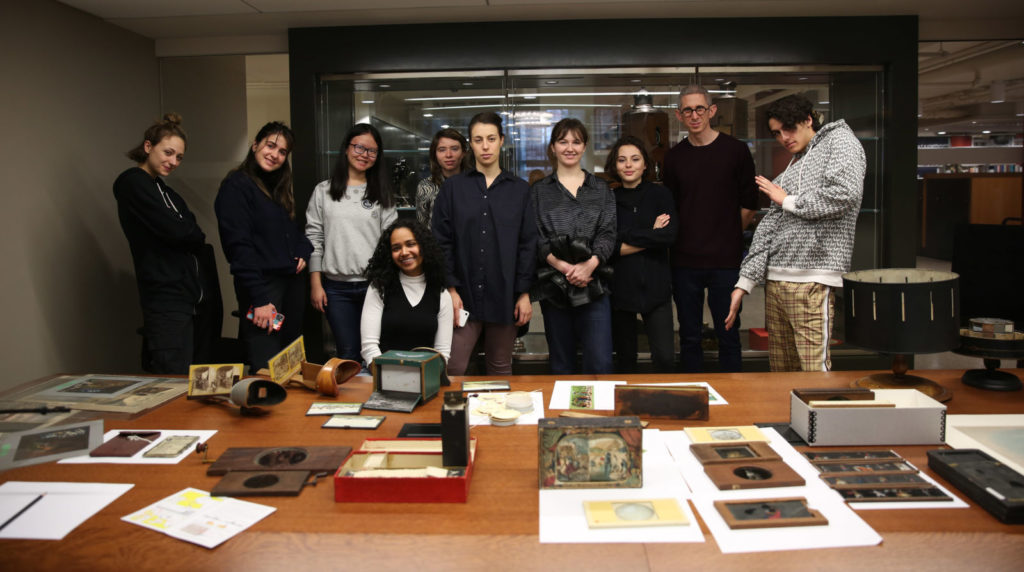